A Star Is Worn

Bradley Cooper does it all in this bland, pandering remake 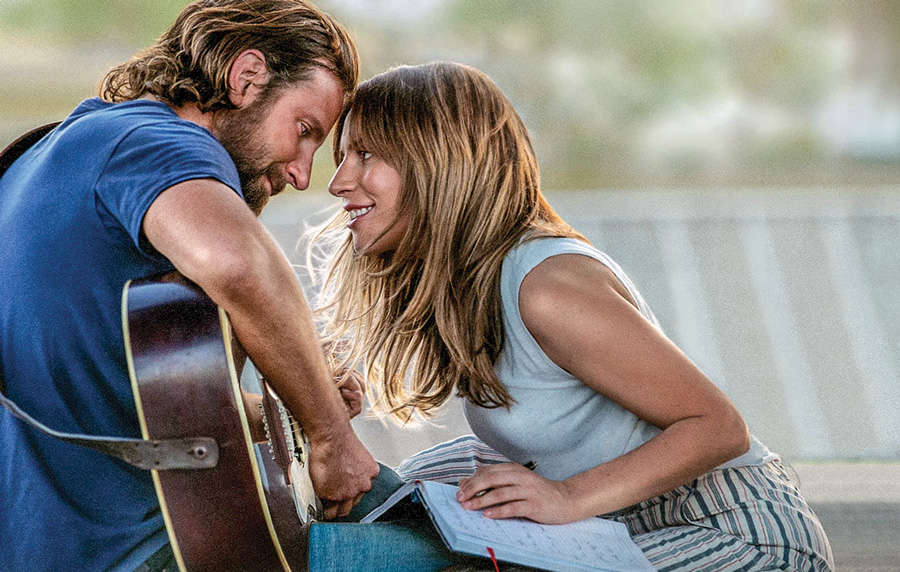 A Star Is Born
Opens Friday 5

A Star Is Born  is irrefutably compelling. Not only has it been adapted four times but hundreds of movies’ DNA can be traced back to William A. Wellman and Robert Carson’s 1937 screenplay.

That said, do we really need yet another version of the same old story? The newest adaptation doesn’t add anything new, outside of providing a showcase for Bradley Cooper (director, producer, composer, writer, and male lead — may have done some cooking), and Lady Gaga.

Cooper’s A Star Is Born doesn’t have the edge of the Kris Kristofferson-Barbra Streisand adaptation, the heart of the Judy Garland-James Mason one or the freshness of the original. Maybe the fact a couple of generations haven’t experienced A Star Is Born firsthand justifies the remake, but it’s not like the previous incarnations aren’t readily available (two words: YouTube. Wait, that’s one word).

You know the drill: self-destructive, frequently inebriated country singer Jackson Maine (Cooper) finds a diamond in the rough at a drag show (zeitgeisty!). The prodigy in question, Ally (Gaga), has a powerful voice and is a natural songwriter, but her appearance has prevented her from breaking through. Maine shepherds her into superstardom, but as Ally becomes a household name, his own career implodes due to his excesses and lingering tinnitus.

The story doubles as a coat rack on which Cooper hangs a number of crowd-pleasers: Gaga has a number of show-stopping numbers (the actor himself performs a few weeping ballads to pleasant effect), comedians Dave Chappelle and Andrew Dice Clay exercise their dramatic chops and Sam Elliott does his soulful-gruffness shtick. Heck, even a couple of Alias reunions take place. Problem is, the ingredients don’t mesh —  particularly a subplot involving Elliot as the older brother/father figure (never mind that the mustachioed actor has 31 years on Cooper).

The film isn’t a total waste because the leads have great rapport. The idea of “chemistry” is trite and often misused, but in this particular case, Gaga and Cooper go out of their way to make their all-consuming relationship believable (if only they  tried this hard with the CG billboards). Jackson Maine’s yearning and inability to beat his demons is palpable, as is Ally’s willingness to stand by her man even as his world crumbles. Won’t get into the ending but it’s so recognizable, it’s eerie.

Lady Gaga does a good job making Ally — a character clearly tailored to her strengths, namely, singing — a three-dimensional individual. She isn’t some Jennifer Hudson in Showgirls.

The nakedness of Bradley Cooper’s Oscar designs is a bit off-putting. A four-time nominee, Cooper wants it bad, enough to pander for it. I’m all for the pursuit of glory, but victory is sweeter when you have something original to say.