In Space, No One Can Hear You Snore 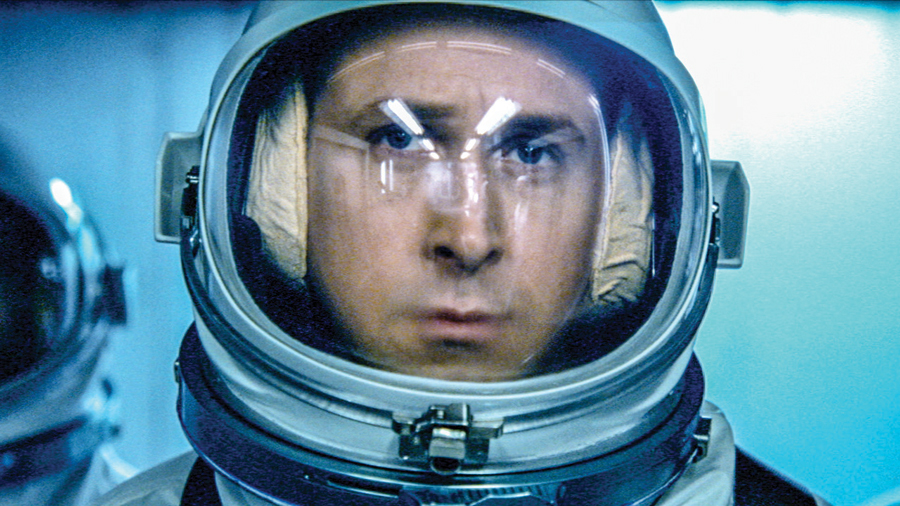 Damien Chazelle is one of the most impressive young filmmakers working today. Chazelle’s last two movies, Whiplash and La La Land, are among the strongest Hollywood films in the last decade. One could make the case they were both robbed on Oscar night.

How do you follow that one-two punch? With a painstakingly detailed, award-baiting reconstruction of the process that landed Neil Armstrong on the moon, with a side of family drama. First Man’s ambition is impressive given the scope of the task and the fact similar ground was covered so well by The Right Stuff.

But where Chazelle’s past work was breezy and kinetic, First Man is cumbersome and contemplative, to the point of boredom. Lesser critics might even argue it’s hard to stay awake for all 141 of its minutes. Not me though. Other nodding critics.

First Man’s anchor is, predictably, Neil Armstrong (Ryan Gosling, more understated than usual). The story starts with Armstrong’s early days in the space program. A focused, introspective test pilot, Armstrong doesn’t suffer fools lightly. The already reserved astronaut becomes even more withdrawn after his daughter’s death from brain cancer, which pushes him to put everything he has into space exploration, as if trying to make sense of his grief with science.

Of course you wouldn’t know this from watching Armstrong. You have to figure it out from the people around him — particularly his wife, Janet (Claire Foy), a.k.a. the astronaut whisperer. (One of the cheapest tricks in a filmmaker’s bag: having characters tell the audience how another character is feeling.)

If you can’t relate to Armstrong’s very un-cinematic sorrow, all you’ve got left is the most expensive History Channel recreation ever. Good thing the cinematography (by Chazelle regular Linus Sandgren) and production design are beyond impressive. The hand-held camerawork and extremely analog sets amplify the astronauts’ sense of danger. The attention to detail pays off a couple of times (the harrowing events inside the Apollo 1, the trip to the moon), but it also sucks the air out of the movie. It becomes too precious for its own good.

The issue of constantly endangering pilots (NASA’s casualty rate was off the charts) and the ongoing despair over coming in second after the Russians time and time again is a bit more engaging. Then again, The Right Stuff did the same thing 35 years ago — and better.

First Man can’t decide between full-blown character study and historical drama, and it comes up short on both counts. Not the main culprit here, but Gosling’s boy scout stoicism may not have been the right choice for the astronaut. A more expressive face could have made the difference.

First Man will likely do well in below-the-line award categories — Justin Hurwitz’ delicate score, for instance, is both elegiac and melancholic, and ought to win a bauble or two. But its coldness ultimately makes it hard to connect with the film at any other level outside gawking at its visuals.

Also, that business with the flag? Not the point of the movie by a mile. American jingoists craving reaffirmation have a whole catalogue of Michael Bay crap with flags up the wazoo.