Suspiria takes Argento’s basic ideas and runs with them 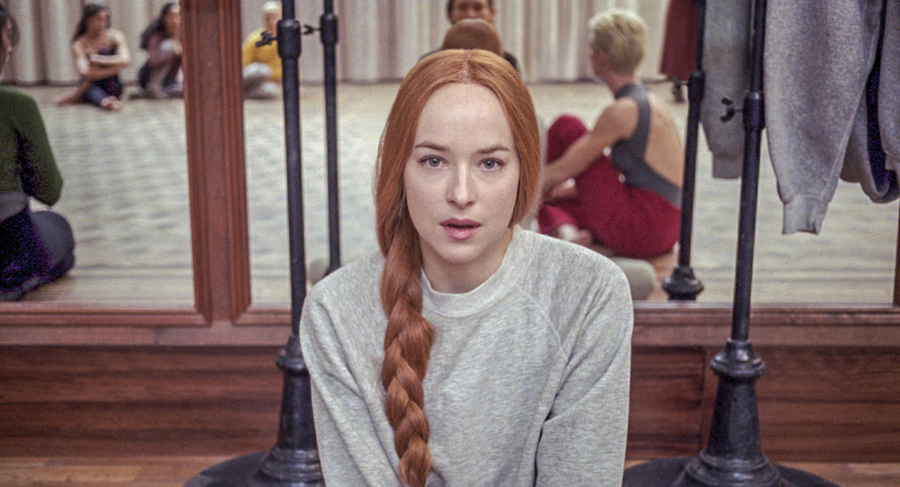 It’s impossible to review Luca Guadagnino’s Suspiria without revisiting the 1977 original. Dario Argento is a problematic director at the best of times (he can also be godawful). For all his talent creating nightmare scenarios, he’s pathologically incapable of making a well-rounded film.

The original Suspiria has memorable moments: the protagonist’s arrival, the red hues that seem to overtake your field of vision and, of course, every single onscreen demise. What it doesn’t have is character development, a functional plot or a satisfying conclusion. Given its shortcomings, I wasn’t remotely concerned that Luca Guadagnino (Call Me By Your Name) would sully Argento’s giallo classic. There’s lots of room for improvement, and Guadagnino is a skilled filmmaker up to the task.

This new Suspiria is more restrained than the original. Guadagnino is looking for something deeper than Argento. I’m not sure he succeeded, but the journey was good.

The main elements of Argento’s movie remain. Susie Bannion (Dakota Johnson), the rebel offspring of an Amish family, lands a spot in Berlin’s renowned Markos Dance Academy. The school is a great fit: Just a couple of days after landing, Susie is dancing the lead part. The stern but warm headmistress, Madame Blanc (Tilda Swinton), takes her under her wing and she finds an instant BFF in Sara (Mia Goth, A Cure for Wellness).

Of course, something more sinister is at play. The academy is actually a coven of witches with a leadership rift. Blanc is on the losing side, but we don’t have a clear picture of the winner, Madame Markos. The audience only knows Markos needs a “vessel” urgently, because the prime candidate Patricia (Chloë Grace Moretz in a glorified cameo) allegedly joined a terrorist group. Susie looks like the perfect choice to take her place.

In Dario Argento’s Suspiria, Suzy (with a Z) is freaked out from the very beginning and gets progressively more panicked as the movie goes along. Guadagnino’s Susie goes with the flow. One has the feeling that if somebody asked her “hey, you wanna be a witch?” she’d say “sure”. It’s an interesting difference, and I liked it.

Guadagnino’s brand of horror isn’t shock and awe (although there are a few unsettling visuals), it’s rooted in suspense. The magic aims to be “realistic”(the witches get their power from the ground — Mother Earth, indeed). The film lives and dies by this approach.

Susperia isn’t black and white but there is a moral compass and the school’s political system makes sense. The all-out ending rewards audiences that climb aboard, and I was happy to join in.

Two things (outside Chloë Grace Moretz’ reliable terribleness) conspired against my enjoyment. First, Suspiria is set in 1977 West Germany, a period of extremist unrest thanks to the Baader-Meinhof terrorist group. It’s not a totally obscure reference but ’70s Euro-terrorists are hardly on anybody’s radar these days and their inclusion feels unnecessary. Another fumble is having Tilda Swinton play a second role as Patricia’s therapist Dr. Klemperer. The make-up is impressive but Swinton’s voice betrays the trick.

At two and a half hours (or six acts and an epilogue), Susperia may be too much for some people. As well, fans of the original may balk at Guadagnino’s liberties. But I for one am all for filmmakers who approach a remake with fresh ideas. Much better than aping the old ones (cough, Halloween, cough).