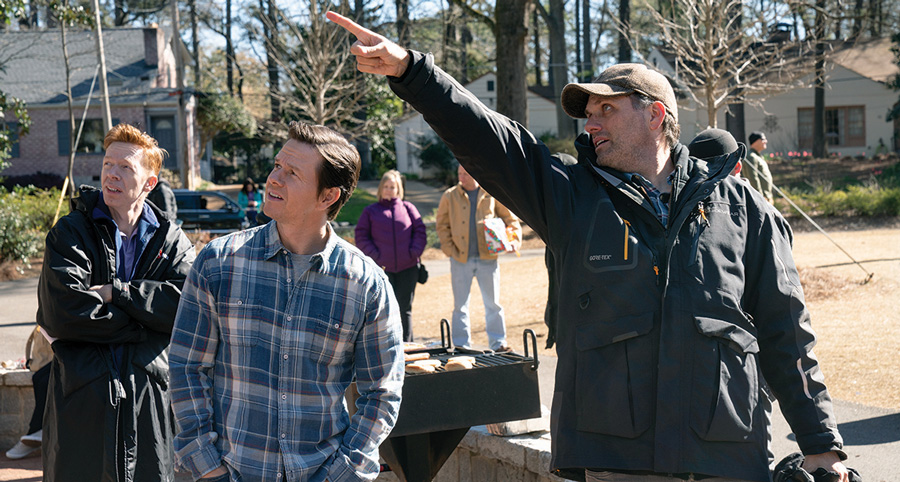 Christmas is a month and a half away and we’re already knee-deep in holiday movies: The Grinch, The Nutcracker, The Girl in the Spider’s Web. Also going for warm-and-fuzzy-feelings is Instant Family, a comedy about a married couple (Mark Wahlberg and Rose Byrne) who realize a childless existence is not particularly fulfilling. To escape the ennui, they become foster parents.

The film has more of an edge than expected. The protagonists overcommit by welcoming three siblings: a malcontent teenager, an accident-prone pre-teen and a toddler who yells a lot. Instant Family spends a fair amount of time with other parents going through the same  challenges, joys, pitfalls and heartbreaks.

Sean Anders is no stranger to Christmas movies. He was at the helm of Daddy’s Home and the sequel. The filmmaker has been Hollywood’s go-to guy for mainstream comedies for nearly a decade: he wrote the funny She’s Out of My League, We’re The Millers and Hot Tub Time Machine (he also directed Adam Sandler’s That’s My Boy, but don’t hold it against him).

Instant Family is a bit more personal for Sean Anders than an interdimensional jacuzzi. Anders based the script on his own experience raising three adopted kids. We talked over the phone about telling positive stories about foster care and adoption.

Why do you think it was important to include the unsavory aspects of being a foster parent?

It’s part of the journey. You are trying to fall in love with your kids, but when you first meet them, you don’t know them and they don’t know you. Any time you are trying to share something as intimate as family there are going to be bumps on that road. At the same time, we wanted to show there’s light at the end of the tunnel.

The film has a number of scenes involving the support group, which includes a couple of notable comedians (Tig Notaro, Iliza Shlesinger). Did you allow improvisation?

The foster care support group is a very real thing, and the scenes were all written. But throughout the movie we opened up a little bit and let the actors try things. You get extra comedy and sometimes even dramatic beats. I’ve been a Tig Notaro fan for a while, so I was thrilled she was willing to do the movie. When we paired her with Octavia (Spencer), they became a force.

This is your third movie with Mark Wahlberg. Have you two developed a shorthand?

Mark is one of the most prepared people I’ve ever met. I think he likes working with me because so many of his films have him dangling on wires and dealing with explosions. Then he comes to my movies and it’s almost like a vacation.

Was Instant Family a hard sell at studio level?

It would have been, but Mark got involved pretty early on. Once you have Mark Wahlberg signed up it becomes a much easier sell [laughs]. The only trepidation was making a comedy about such a serious topic, but once everybody was comfortable we were going to pay the proper respect to the subject matter, we had nothing but support.

Can you pinpoint a scene that was particularly challenging, whether from an emotional or logistical viewpoint?

There’s one in which Mark and Rose talk about whether they should keep the kids or put them back in the system. It’s a very honest scene: Most people that have been in this situation have had these thoughts and then feel terrible about it. Even while they are having this discussion, they know they would never bring themselves to do it. That scene was difficult to write because we needed to make sure the audience understood that the conversation wasn’t born of any mean-spiritedness, but frustration and fear.

Do you normally test your movies? How do you use the information you get from test audiences?

We always do. If you have a big gag and you put in front of people and they don’t laugh, you have to either fix it or get rid of it. Otherwise it’s going to feel really awkward. With a movie like this, you’re also gaging how people are accepting the transitions between the comedy and the drama. We knew [Instant Family] was a tough nut to crack with the constant juxtaposition. When people responded great, we knew we had something.

At my screening, there were people sobbing within the movie’s first quarter. I imagine you noticed that.

We did. That was a little scary too, because to hit people with an emotional beat early on in a comedy was risky. But people rolled with it and laughed in the very next scene.

Are there any of your movies you feel didn’t get a fair shake? For example, I thought that Sex Drive was a lot of fun.

That one, for sure. I really love Sex Drive. It has some dark, edgy humor and a really good heart. When you make broad comedies, you don’t expect to get the great reviews. It’s the deal you make.