Middle of the Pack 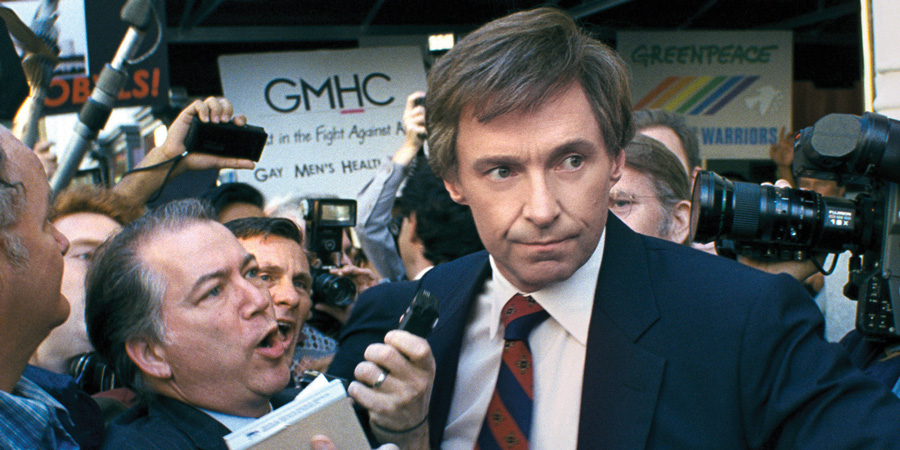 For better or for worse, private lives play a decisive role in American politics. Trump managed to muddle the morality aspect of the phenomenon (43 per cent of the U.S. population supports a chauvinist, self-confessed philanderer, at least when they’re Republican), but there’s no question voters’ personal feelings for a candidate matter more than policy and discourse.

Gary Hart was the patient zero of this phenomenon. Sure, there had been talk about John F. Kennedy’s womanizing ways but it didn’t cost him the presidency. It wasn’t until reports of a presumed extramarital affair derailed Hart’s shot to become the Democratic Party nominee for the 1988 presidential election that the rules shifted. As a result, the utterly bland Michael Dukakis ended up winning the primaries and lost by a landslide to George H. W. Bush.

The Front Runner details the fall of Gary Hart’s candidacy. Directed by Jason Reitman — who has a knack of turning the heaviest subjects into meaty entertainment — the film depicts Hart (Hugh Jackman) as a technocrat, a man who doesn’t suffer fools lightly and is particularly reluctant to put on a dog-and-pony show to further his chances.

Unfortunately for him, a Miami Herald reporter stumbles upon a shady encounter between the candidate and a young woman named Donna Rice (Sara Paxton). The point of the movie is not whether Gary Hart was having an affair — it’s more about whether the press had any right to cover it, particularly if his activities didn’t break the rules of his marriage.

I vaguely remember the Gary Hart coverage (I was a kid with an Atari). It seemed, however, a clear-cut situation: Hart was a philanderer who got caught. In hindsight, turns out there was never proof, and 30 years after the event, both Rice and Hart continue to deny there was ever a fling.

Probably because Hart is the hero of the piece and is played by Hugh Jackman, The Front Runner softens the character’s edges. It Feels like Reitman believes audiences can’t handle complexity and moral ambiguity. Just think of how the conflict is framed: Hart sees politics as a higher-ground battle of ideas and honestly believes the American public is above tabloid journalism (LOL). The press — the story’s villains —quickly adopts a paparazzi approach and even serious outlets follow the stampede into the gutter without much resistance.

The movie is so much in Gary Hart’s corner it never bothers to ponder the other side of the narrative: is the alleged affair a reflection of a candidate’s character? Sure, the question gets lip service, but it’s never actually tackled. The Front Runner keeps it simple:  “press, bad; forgiving wives, good”. It’s a little too Trumpian a sentiment for my taste.

I’m a bit surprised Reitman (whose movies are liberal) went with this narrative. His attempt at making serious cinema isn’t a bad one, but it’s a little duller than we’re used to. There’s no crackling dialogue (no Diablo Cody) or colorful characters to speak of.

Still, there’s value to The Front Runner — especially considering how far down this particular rabbit hole America has fallen since 1988.