Artists and organizations navigate the age of digital disruption 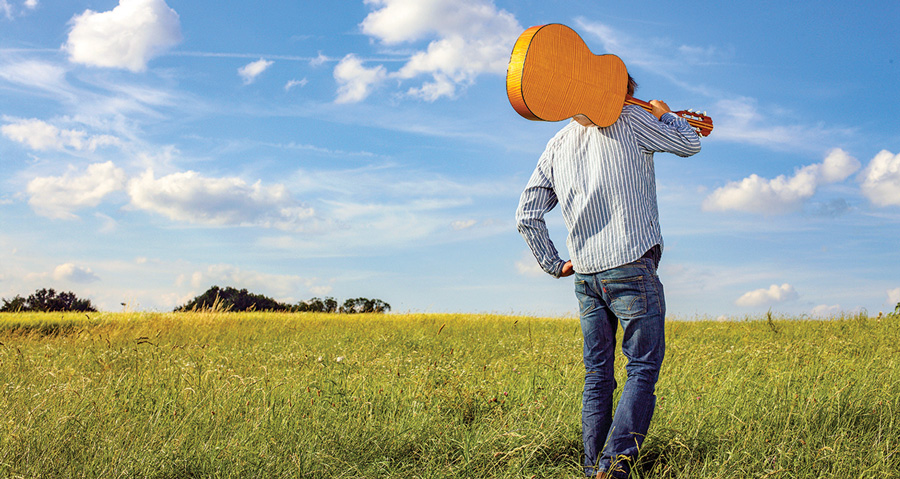 While the retro formats of vinyl and cassette are enjoying a resurgence, at least among music loyalists, there’s no doubt that the industry itself has, in tech-speak, been “radically disrupted” by digital technology.

Rather than purchase physical copies of records, as fans used to do, most people access music now through streaming. That’s hit album sales (and record labels) hard, and forced artists to innovate to survive.

Fortunately, while digital technology has upended the traditional music model, it’s also opened doors for artists to create and market their work in new ways.

“Everyone starts out as a musician because they are interested in creating something,” says Dawson. “But it quickly becomes a small business. With most artists, the hardest part is the unknown. There’s not really a clear road map.”

SaskMusic doesn’t hand out maps. But it does offer musicians a variety of programs and services to help navigate indie life. They run the gamut from songwriting and performance workshops to tax and royalty seminars.

SaskMusic also works to promote Saskatchewan music locally, nationally and internationally. And on Nov. 25 it’s launching its latest project when it hosts the first annual Saskatchewan Music Awards in Regina.

The awards are part of Saskatchewan Music Week, which runs Nov. 25 to Dec. 2, and also includes the Very Prairie Summit in Saskatoon Nov. 29 to Dec. 2.

“There is a bit of a dichotomy, where every time you’re honouring someone it feels a bit political where people will feel left out,” says Dawson. “That was the hesitancy going into this. But an awards show does shine light on work that’s been happening. Across all genres, there’s incredible people doing incredible things. So it’s a chance to celebrate that and hopefully build strength in the music community.”

While streaming has decimated album sales, it’s also enabled artists to reach fans all around the world. That, in turn, opens up tour opportunities, which Dawson says is the number one way bands generate revenue and build their brand now.

Creative Saskatchewan, which was established in 2013 to provide funding for artists and arts organizations to market and earn revenue from their work, has been a big help there, says Dawson.

“The programs it has are very much in line with what’s happening nationally and internationally with funding agencies that are looking to support the creative industries,” he says.

“The issue, at the moment, is that programs are over-subscribed,” Dawson adds. “They’re closing well before the year is done, and artists are waiting until the next fiscal to apply. That’s a frustrating problem for them, but it’s nice to know the programs are being [used] and they’re delivering results.”

While touring and merch sales have helped recoup some of the revenue lost to streaming, Dawson says Canadian musicians are still getting a raw deal.

“Revenues [for streaming] are paid out by territory, so in a lot of ways it’s a copyright issue more than a platform issue,” he says. “Canada has some of the lowest streaming royalties in the world. The last time copyright reform was looked at was when people were concerned about DVDs. So there’s a catch-up needed there.”

Until that catch-up occurs, musicians will continue to face daunting financial hurdles to build viable careers. One program SaskMusic administers, in fact, is called Careers in Music. It helps remind musicians that the industry, in Dawson’s words, is a “giant ecosystem”. So in addition to recording and performing, they can work in different music-related “day jobs”.

Another SaskMusic initiative is the Export Development Program.

“Export has become the term for international touring and developing your career outside your home market,” says Dawson. “I think we’ve found some success. The number of Saskatchewan artists who tour internationally, it feels like there’s more now than I remember in the past.

“In most instances we partner with other western provinces to present events at places like SXSW in Austin or Reeperbahn in Germany. It’s more of a boutique festival, but it’s been an amazing connector to help artists get labels and booking agents in Europe.”

“It’s such an important conversation, and it’s provided a platform to bring people together to talk about the challenges they face to help build a network to tackle them,” says Dawson.

The Saskatchewan Music Awards, in its inaugural year, has 12 award categories. Nine are artist-centred, including Alternative Artist of the Year, Country Artist, Indigenous Artist, Hip Hop Artist and more, while the other three recognize Venue and Producer of the Year and Industry Achievement.

The gala is being held at The Exchange in Regina.

“It’s been a hub of live music in Saskatchewan for years,” says Dawson. “So we get to bring a bunch of musicians together and spend an evening there. It gives people a chance to meet other artists they might not have seen before, or to reconnect with people, and hopefully some good things come out of it, with people maybe ending up working together.”

“In the doing the summit, we’ve sort of amalgamated some of the work we do annually into a single weekend,” says Dawson. “The hope is to engage some people who haven’t been a part of what we do. I think there’s a lot of value in the summit. It’s an intense weekend.”

The summit includes a range of music professionals — festival programmers, booking agents, licensing and publishing experts — who will group mentor attendees on different strategies to survive in the industry.

The summit features a showcase too, but just one. “The intent on our end was to not step on all the other shows that will be happening,” says Dawson. “So we’re doing an early show on Nov. 30 from 6 to 8:30 p.m. Then there are shows happening around Saskatoon to showcase artists while the delegates are in town.”

From The Dead South’s 2018 win for Best Traditional Roots Album at the JUNOs, to Jess Moskaluke’s dominance at the Canadian Country Music Awards, a growing Indigenous and Hip Hop presence, Colter Wall’s enthusiastic outlaw country following in the U.S. and much more, Saskatchewan musicians are making their mark.

And that spells good news for Saskatchewan, says Dawson.

“There are all these reports that say music is one of the main drivers of tourism,” says Dawson. “Nashville comes to mind, obviously, but places around the world like Liverpool have leaned on it in their tourism campaigns.

“All these artists travelling the world are flying the Saskatchewan flag and they’re proud to be from here which I think is a testament to the people of the province,” Dawson says. “It’s our hope that everyone realizes how important it is to support live music here at home as well.”

For more on the Saskatchewan Music Awards and Very Prairie Summit see saskmusic.org.