A Spoonful Of Stevia 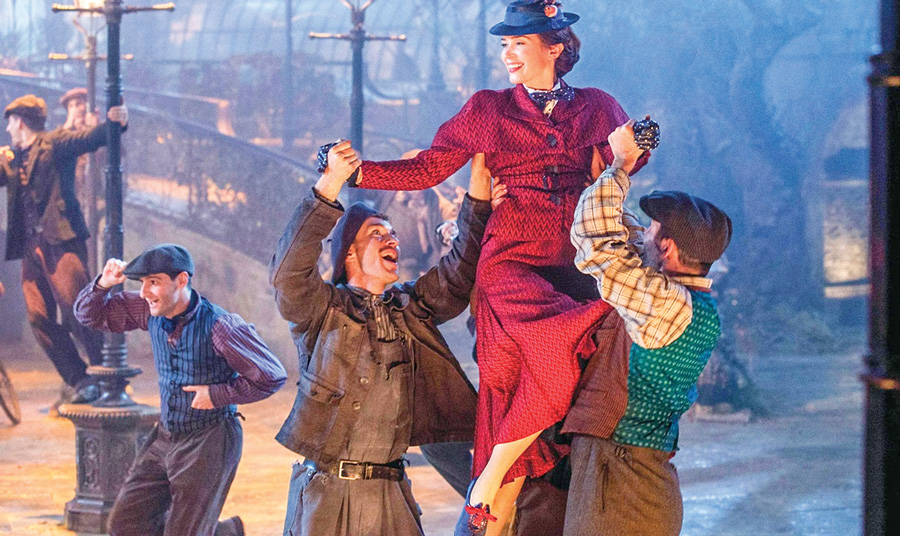 What happens when a company becomes so massive it owns all the planet’s most valuable IPs? Mary Poppins Returns and The Nutcracker and the Four Realms hint at the answer. Compelled to hit all four demographic quadrants (male, female, over and under 25), Disney makes overproduced, brazenly mild spectacles that aim to please everyone but will satisfy no one.

Odds are we’ll never hear about The Nutcracker and the Four Realms again, but Mary Poppins Returns is a different story entirely. This is not a sequel that can fly under the cultural radar. The 1964 classic has reached Grimm-levels of popularity worldwide. Its songs are ingrained in the collective psyche and its main character is strongly associated with the original performer, Julie Andrews (who declined to do a cameo). Those are two big challenges to overcome.

It brings me no joy to tell you Mary Poppins Returns only succeeds on the latter count, and that leads to a different problem. Whenever Mary isn’t on screen (which is often), the movie drags.

A film needs more than a weak storyline that trudges along for over two hours. Sure, you can tell me it’s the journey, not the destination, that counts. Well, Mary Poppins Returns is rocky road that made my feet hurt. I mean, there’s a 40-minute subplot about a bowl that could have been cut without affecting anything.

Set in London during the Great Slump — the British equivalent of the Great Depression — Mary Poppins Returns focuses on the now-adult Banks children Mary Poppins looked after back in the day. Michael (Ben Whishaw, bravely acting without charisma) and Jane (Emily Mortimer) have grown-up problems: the family home is about to be repossessed by the bank because Michael, a widower, can’t keep track of payments.

Michael is a dedicated father but money  worries are straining his relationship with his three children. Enter Mary Poppins, bossy as ever, whose tough love and no-nonsense attitude contrasts with the whimsical adventures she takes the children on. Along for the ride is Jack (Lin-Manuel Miranda in the Dick Van Dyke role), a lamplighter with the knack of being in the right place at the right time. And Jane? She’s just there, paired with Jack for some reason.

The story hinges on finding a share certificate that would free the Banks from debt. It’s a lazy storytelling device with a groan-inducing payoff. Even if one concedes the plots of films like Mary Poppins Returns exist to bridge musical numbers and flights of fancy, you’d think the audience should have a chance to be a little invested in the outcome. I won’t spoil the resolution, but you’ll see it coming a mile away and when it lands, it feels like a parody (“the answer was in your childhood sense of wonder all along, Michael!”).

The film’s strength is Emily Blunt as Mary Poppins, and she’s practically perfect in every way. The prim and proper nanny who empowers kids and adults to solve their own problems remains an interesting character even if she, again, goes totally unexplored (we do learn she has a Russian cousin).

Lin-Manuel Miranda mugs for the camera for the entire film, as if saying “yes, it’s me, Lin-Manuel. In Mary Poppins! Who would have thought?”

It isn’t fair to compare Marc Shaiman’s score to the original’s cavalcade of earworms. But you know what else isn’t fair? Life. Shaiman’s songs unsurprisingly lack the edge of his best work in Hairspray and South Park: Bigger, Longer & Uncut. He plays it safe and imitates classics like “A Spoonful of Sugar” — and with one or two exceptions, it’s all rather dull as you’d expect.

See Mary Poppins Returns if you like. Just don’t expect anything supercalifragilisticexpialidocious.