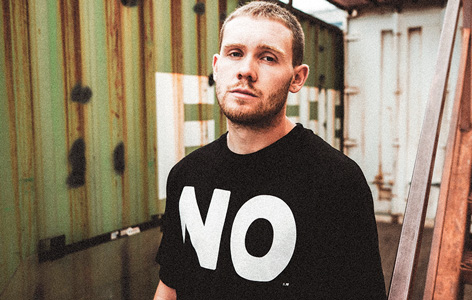 Alex will have a busy start to 2019. The Saskatoon-based musician plans to head to Chicago to start recording his next album, plus he’ll be playing a Winterruption show with Too Soon Monsoon at Broadway Theatre on Jan. 26. Here are six of his favourite songs. /Gregory Beatty

Listening to this album gave me the confidence to pursue being a solo artist. Until that point, I don’t think I’d seen another artist that I identified with in that way. I hadn’t heard anything so vulnerable, and it spoke to me.

I woke up in the middle of the night and checked my phone to find that “Nikes” had just been released. I sat there half asleep watching the video, listening with headphones, and being totally blown away. The sound was so unexpected and full of emotion. To this day, I still feel it as strongly as I did that night. That feeling has inspired many songs since.

I remember going through a bit of a lonely period a few years back. After watching The Wedding Singer with a friend, I drove home as this song came on shuffle. I had heard it before but it hit me in such a different way this time. I cried my eyes out. I realized it was the first song I had heard that said “I love you” without actually saying it.

This song lifted me up when I needed it the most. The ye album helped me find the strength to seek help for mental illness. It’s an impactful album that I feel has brought those who are suffering a little closer together.

I always loved how Slipknot made me feel like I was a part of a community. It was inspiring. I always knew despite the darkness, it was all for something positive. Their music pushed me to be a better musician and artist. They are still one of my biggest influences today.

My earliest musical memories include pulling this CD from my mom’s collection and losing myself in the artwork. Eventually, I got the courage to take a listen, and Loverboy became my first favourite band.