This modern King Arthur tale is a cunning pro-EU ploy 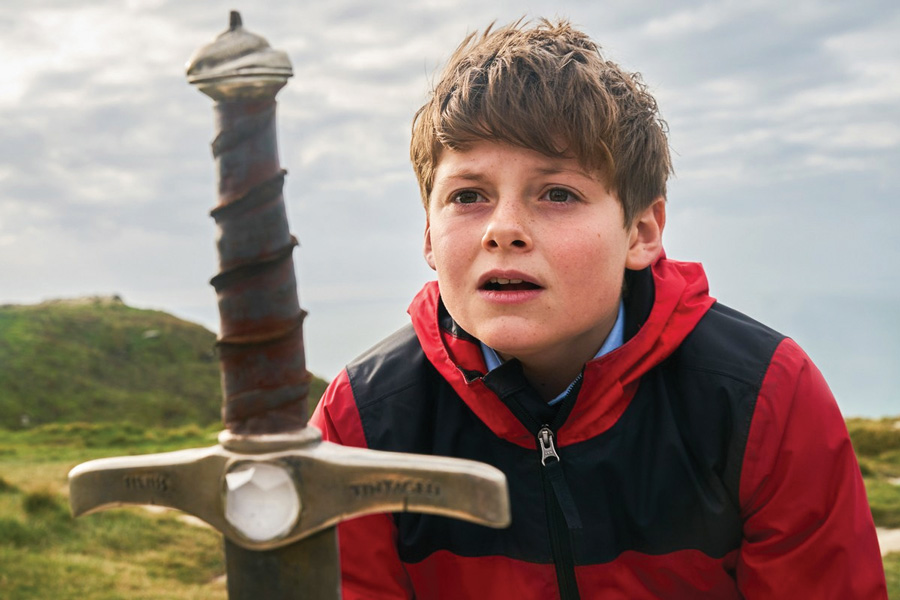 The Kid Who Would Be King
Opens Friday 25

Eight years ago, with little critical support and zero promotion, Attack the Block landed in Canadian cinemas. The movie that would launch the careers of John Boyega (Finn in Star Wars) and Jodie Whitaker (Doctor Who) was like The Goonies with an edge: aliens and teen hoodlums face off in an inner city building and not everybody makes it out alive.

Without budget for quality special effects, Attack the Block could only rely on the script for fireworks and writer/director Joe Cornish delivered in spades. Great things were expected of him…

Then The Adventures of Tintin (which Cornish co-wrote) bombed. Then Marvel meddled with his Ant-Man script.

Hard to blame him for taking a step back.

The Kid Who Would Be King is a return to basics for Cornish. This youth-oriented, urban retelling of the legend of King Arthur and the Knights of the Round Table has a stealth pro-European message while keeping one eye on the target audience and another on parents dreading the idea of another bland kids’ movie.

The movie opens with Alex (Louis Ashbourne Serkis), the kid in question, at a low point. After failing to defend his best friend Bedders from bullies, Alex is convinced being a good person is a fool’s errand. The world sucks, people are the worst and he’s just a powerless 12-year-old (been there, brother).

Then Alex stumbles upon the Excalibur sword at a construction site. He retrieves it, which places him at odds with Morgana (Rebecca Ferguson, M:I – Fallout), the mythical sorceress who has been feeding off human discord for centuries.

On Alex’ side: the loyal Bedders, the bullies — albeit reluctantly­­ — and Merlin, who alternates between looking like a wiry teenager and Patrick Stewart.

The Kid Who Would Be King gets points for being earnest and promoting a message of cooperation between rivals for the greater good — whether that’s defeating a sorceress aiming to enslave everyone, or defending an economic union that would benefit all countries involved (If you think I’m imagining things, there is a conspicuously placed European Union poster in Alex’ classroom that’s too large to miss).

In fact, the movie blatantly addresses the painfully divided British nation (maybe a grim message in light of the British parliament’s refusal to accept Europe’s divorce terms on our press day). The Kid Who Would Be King pushes a “united we stand, divided we fall” message in every iteration imaginable. It’s a fitting analogy, since 75 per cent of 18–24 year-olds voted “Remain”.

The film doesn’t do too much fancy stuff but there’s enough messing around with narrative conventions to keep parents from glancing at their phones (which should be turned off, by the way). Particularly charming are the practical effects that keep the movie grounded. TKWWBK is so good at it that when some shoddy CGI pops up, it’s jarring.

Another smart move is to keep the focus on the kids. Big names Stewart and Ferguson are limited to a handful of scenes. Louis Ashbourne Serkis (son of Andy) isn’t Tiger Beat-material and that makes him more relatable. Same with Samwise Gamgee-equivalent Dean Chaumoo, and the bullies.

In a brilliant bit of casting, the annoying kid from The Dark Tower movie ­— Tom Taylor — is back as unpleasant teenager Lance (…lot).

Odds are The Kid Who Would Be King won’t rock your world, but children will savour every moment.

Kind of what A Wrinkle in Time tried — and failed — to do.