Belle Plaine, By Any Name 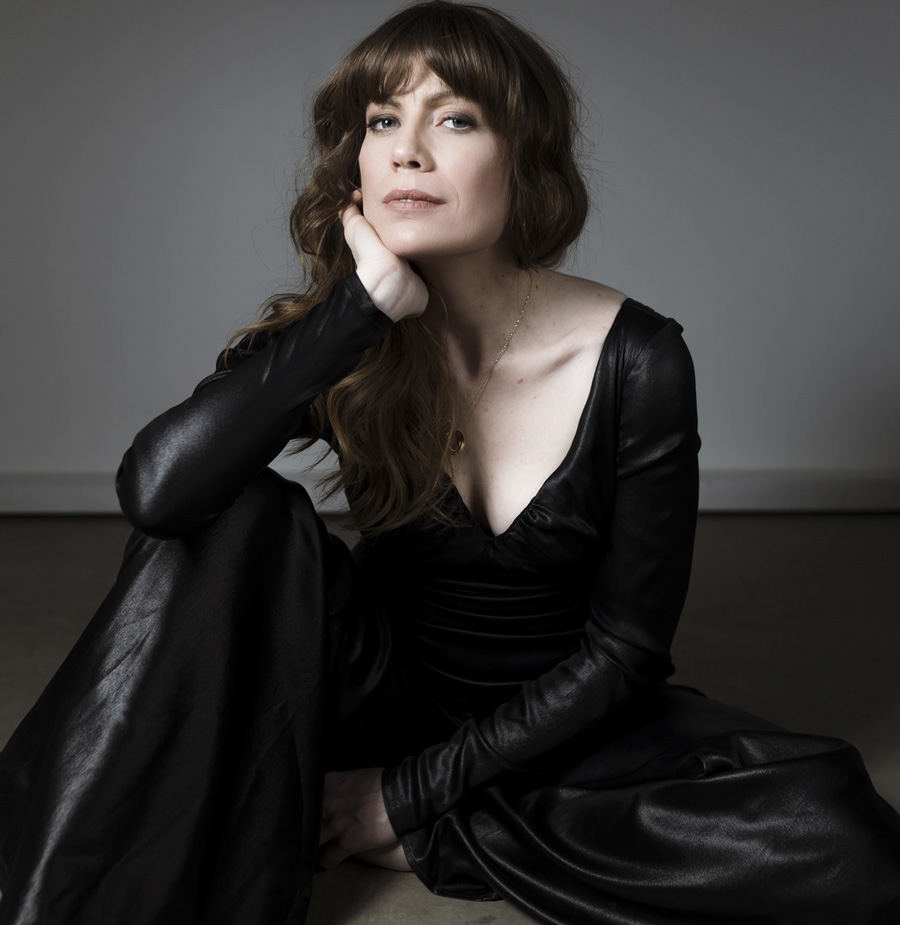 I got stuck with the Belle Plaine interview this time. Poor me.

I’m being a jackass, of course. Melanie Berglund, nee Hankevich, who performs as Belle Plaine, has been interviewed by Planet S many times, by lots of great writers. This, however, was my first crack at the gig.

And it’s overdue, since Mel’s been a friendly acquaintance of mine for, oh, probably a decade.

I’ve been to her shows and listened to her music. I’ve bumped into her in parks and pharmacies. She’s terrific, on stage and off. So it was a lot of fun meeting at our office on a ridiculously frigid Tuesday afternoon to talk about her latest album, Malice, Mercy, Grief & Wrath, and her Friday, Feb. 16 show at the Bassment.

We had a relaxed, somewhat rambling conversation accompanied by green tea and capped by 10 minutes of playtime with our office’s pet snake, Leonard (yes, we have a shop-snake. You don’t?).

Melanie married fellow musician and long-time sweetheart Blake Berglund in December, taking his last name. Some might not approve but they’re advised to recall that feminism is about choices, options and equality, not rules and rigid dogma. What even is feminism if not the freedom to do what you want?

Malice, Mercy Grief & Wrath is doing quite well. The album boasts more than 10 years of material, and it marks the actualization of a fully formed, if thankfully not finalized, human being.

Did I mention it’s been well-received? “It’s reached places other than Saskatchewan,” says Berglund. “It’s done well in the States.”

Unlike Melanie’s 2012 release — the 1940s Peggy Lee-styled Notes From A Waitress — Malice, Mercy, Grief & Wrath isn’t focused on one genre of music.

“Spending a lot of time with [my band] on the road pulled me over to this country realm of things, obviously, because of Blake,” says Berglund. “And that was always in my music, that more country side of things. But then when everybody started playing together, everybody had to play all of my material together to make a 60 to 90 minute show.

“It just kind of all went into the food processor,” she says. “And then this record came out.”

Malice, Mercy, Grief & Wrath has a lot of standout tracks. The Jason Plumb-produced “Golden Ring” is a hypnotic, droning number about marriage. Colter Wall guests on “Is It Cheating”, a goofy song about musicians’ misadventures on the road.

“Rolling Stone talked about it, which kind of blew my mind,” says Berglund. “It was in their 10 songs to listen to one week!”

I tell her my favourite track is her ballad “Laila Sady Johnson Wasn’t Beaten By No Train”, about a truck unsuccessfully racing across some tracks.

Not surprisingly, it’s based on a true story. Not about Melanie, though.

“My grandmother is Laila Sady Johnson,” says Berglund. “She’s kickin’ ass in her own house. She’s going to Mexico, I think, for her birthday this year, so she’s doing great.

“It’s a story I tell on stage pretty much every night that I play it,” Berglund continues. “About her, and what happened, and that the truck got hit.

“The truck was totalled. Destroyed. And she was fine. She didn’t have a scratch.”

“It didn’t rank to me at five or six, when it happened,” says Berglund. “But as an adult, thinking on topics and themes and like big stories, it occurred to me that that would be some great material.”

Along with being a great listen, Malice, Mercy, Grief and Wrath is important because it’s an honest record by a talented artist who’s comfortable with herself after years of struggling with the “seriousness” of making art. Some of that battle was fought by Melanie with herself, but a lot of it is just a stupid, shitty world that makes life rough for women.

“Most of what I was thinking about was how I was perceived,” says Melanie Berglund, nee Hankevich, a.k.a. Belle Plaine. “The vanity of it, for me, is having people see me as capable — especially 10 years ago, before we were giving a lot of time to [challenging] lists called “women in music”, “women who rock”, “women in country”. That wasn’t happening the way it is now. So there was a lot to prove.

“And I also felt insecure,” she says.

“You’re kind of getting it from both ends,” Berglund continues. “You’re getting it from the person who’s doing sound and explaining your own equipment to you, and you’re also feeling it, like, ‘maybe he does know more about this than I do.’ Even though I’m the one who travels with this stuff day in and day out.

But it was also partly self-inflicted.

“I took myself really seriously. REALLY seriously,” she says. “Like, giving myself ulcers seriously. And that’s not an exaggeration, that’s a fact. And so, dialling back to enjoying it and realizing that worrying  is neither working nor caring [has been good].

“Like, if you worry more, you don’t care more,” says Melanie.

And you get less done and it’s worse, I say.

Fuck, are you ever right,” says Mel.

I don’t know if Melanie Berglund, nee Hankevich, a.k.a Belle Plaine’s future has any railroad showdowns in it, but I do know who I’m betting on if it does.

And it ain’t gonna be the train.