Netflix, art-house and the multiplex: the great Dane is everywhere 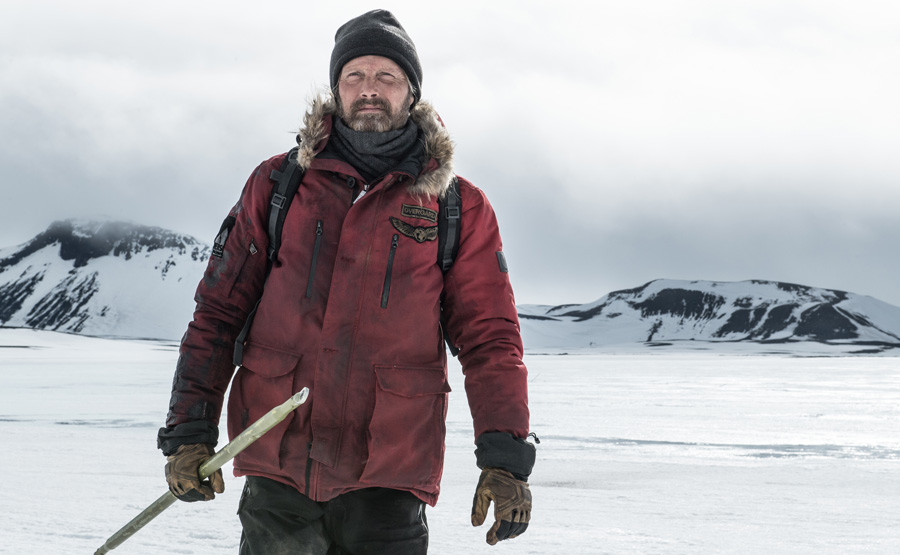 I’ve interviewed a lot of performers over the years. Some have been nicer than others, but one quality that’s rare is being “present”. Often the subject presses a mental “play” button, and it’s hard to get them off script.

Then there’s Mads Mikkelsen, who I got to interview twice in a short period of time. On both occasions he was engaged and willing to talk about everything, from an obscure Danish film (The Green Butchers) to Hannibal Lecter, the character that launched a thousand obsessions. This is not an Anthony Perkins situation: Mikkelsen embraces the recognition, so much so he signs autographs as “Hannibal” if asked, and happily pretends to rip a chunk of flesh off a Fannibal for the camera.

The main topic of our latest talk was Arctic, Mikkelsen’s return to drama after forays in the Marvel and Star Wars universes and his killer-for-hire flick Polar. Arctic is a straightforward survival drama: a man stranded at the pole for five to six months barely scrapes by, his hopes diminishing by the day. A chance to escape his frozen hell turns into an additional burden, one that forces him outside his “comfort zone” but also reminds him one cannot be truly human without others.

Made with a skeleton crew in Iceland, Arctic was supposed to be a month-long shoot but bad weather chopped the schedule to 19 days. The number of takes were limited by the weather and the need to preserve virgin snow. While Mads ate a lot of raw salmon on set, he wasn’t allowed to eat the fish he “captured” —  including a delicious-looking Arctic trout — due to animal protection rules.

Mads phoned from Denmark one crisp morning at 5.30 am.

Let’s start with Arctic. Is there still a separation between actor and character in such dire shooting conditions?

They merge to a degree. When he [Overgaard, the stranded pilot] is going uphill, I’m going uphill. The physical proportion is one to one. Sometimes we were caught by surprise, and there is nothing else to do but lean onto nature and go with the flow.

As much as we could get away with, especially at the end when it’s just me, the woman and nature. The end was the last day of shooting and there was nothing left in us. We were half dead.

I imagine you used that. Your character’s desperation is palpable.

It’s a bit like when you run to the bathroom. You know you’ve got to piss and you can just make it, but if it were four seconds further, you wouldn’t. That was the ending, there was not one step left in the character, nor in me or the crew. We shot so many hard days, we lost weight… you just wanted to sit down and fucking cry. So it was easy to imagine that toilet wasn’t there. You just give up — and that’s what we went for.

What was the first thing you did when you wrapped?

I slid down like a child from the plateau where we were shooting and laid down there for half an hour. Tried to catch my breath and contemplate everything we had done, just by myself. Eventually, my young costar [Maria Thelma Smáradóttir] joined me, then the director [Joe Penna], the writer… Taking it all in, grateful for what nature had brought us.

I know you didn’t want to bog down your character with a backstory, but Overgaard seems fairly competent. I wouldn’t last a day or two in those conditions.

You would be surprised with how strong you are and how much stamina you have when it comes to life and death. We didn’t make him capable, but we gave him common sense. He sleeps in the crashed plane, cuts a hole in the ice to fish, makes an S.O.S. sign. I would do it all and none of that requires any technical skill.

It’s not unusual for you to put yourself in hands of first-time directors, but what about Joe [Penna] indicated he could pull Arctic off?

There was no mercy in the story, no “let’s go down memory lane”. It was radical in the sense that it was clean, poetic. Whether he could control everything in such circumstances, nobody knew. But we had a crew that would advise us: the weather was so crazy, we wouldn’t realize [we needed to stop], but the smarter guys would say, “this is lethal, let’s go home.”

What did you learn making Arctic?

I learned I’m not 25 anymore. Also, the difference between “being” and actually living. That was the thing we set out to talk about, which we happened to realize it was true.

How was working with director Julian Schnabel in At Eternity’s Gate?

I only had one day with Julian and Willem Dafoe, but I loved that scene [Mikkelsen has a brief but formidable scene as a priest who advises Vincent Van Gogh to give up painting]. Julian is a different kind of filmmaker — he is a painter — so he’s very curious about how to bring a scene to life. As actors, we may approach it in a classical way, but he would throw us out of our comfort zone to make something interesting happen.

I find Danish cinema very forward thinking. In your experience, what has allowed Denmark’s film industry to flourish?

It was a necessity. In the ’70s and ’80s we watched some beautiful European films, [and] I was a big fan of Scorsese and Apocalypse Now. We hadn’t done anything remotely like that in Denmark, so there was a whole generation wanting change. We were all the same age, had the same dreams, and a lot of solid, good films came out of there.

How do you explain the popularity of your version of Hannibal Lecter?

We had three years to seduce people into our universe. If you’re a good cult leader, that’s a lot of time to persuade people this is the right path, to see life through his eyes. He sees life as beautiful — there is so much beauty out there, and you have to grab it.

I’ve seen you interact with fans and you’re very gentle and generous with your time.

I’m very touched that they are touched. They are a very vital part of this process. A lot of these Fannibals travel the world just to get a glimpse of you, maybe shake your hand, so if you have the chance to spend a couple of minutes with them, it’s definitely worth it.