How I Replaced Your Mother 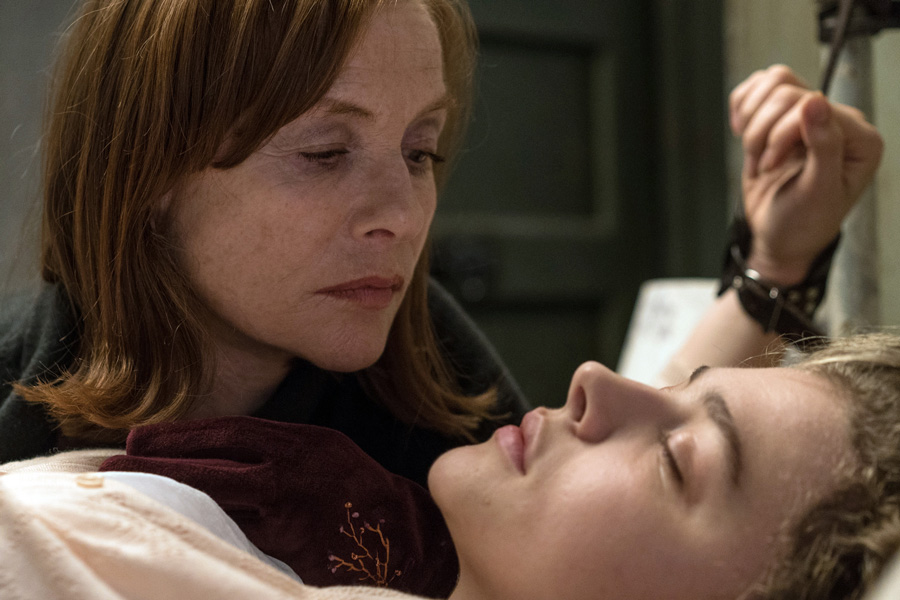 Isabelle Huppert is a household name among cinephiles for her brilliant and uncompromising performances. It doesn’t hurt that her frequent collaborators are geniuses like Michael Haneke, François Ozon and Claude Chabrol.

One question remains: How would Huppert fare when the material is, uh, less than amazing?

Turns out she can pretty much save the Titanic.

Greta is a seriously flawed film — tone-deaf dialogue, characters that don’t behave like real human beings — but in Huppert’s hands it becomes a guilty pleasure.

The theoretical lead of the film isn’t Huppert but Chloë Grace Moretz. The former Hit Girl is Frances, a young woman struggling to get over her mother’s death. One day, Frances finds an abandoned purse on the subway and instead of turning it over to lost-and-found, opts to track down the owner.

The handbag belongs to an apparently kind French woman, the titular Greta (Huppert), who dotes on Frances to an icky degree. Craving maternal love, the twentysomething is accommodating until it dawns on her the whole thing is an elaborate trap by a crazed, lonely woman.

(This could be considered a spoiler, but since the posters shows a purse dangling from a fishhook I apologize for nothing.)

Frances tries to put distance between her and Greta but, Fatal Attraction-style, the dame won’t be denied. Greta disrupts her life and the lives of those around her. Turns out this stalker has experience making others’ lives a living hell.

(Another issue I’ve got with this film: aside from the fact she’s a deranged sociopath, I’d love to hang out with Greta. She’s a lot of fun when she isn’t cross with you.)

The script by Ray Wright (The Crazies) makes no damn sense. Greta’s uncanny ability to move like a cat across the city is dumb and her ability to outmaneuver poor Frances — who is 40 years younger and has a good 20 pounds on her — is ridiculous. I’ve never been shadowed by a dangerous loon (that I’m aware of), but I’m pretty sure if I was in danger the psycho’s dog’s wellbeing would be low on my list of priorities.

The weakest element of this uncooked pancake batter of a script is the dialogue: the supporting actors — Maika Monroe and Colm Feore — struggle mightily to make it bearable. Monroe was poised for a sterling career following It Follows but it never materialized and her turn here as Frances’ best friend isn’t going to turn things around.

Did I mention it’s predictable? When good old Stephen Rea who (The Crying Game) pops up briefly, you know exactly what’s going to happen.

Director Neil Jordan (Interview with a Vampire and, oh yeah, The Crying Game) seems aware he’s working with material of the garbage persuasion, so he dials it up to 11. Good call. Huppert goes from unsettling to terrifying, not a small feat when you’re 60 and light as a feather. Her performance reminds you of Joan Crawford at her fiercest.

I don’t have much faith in Chloë Grace Moretz’ dramatic skills but she plays the innocent victim to a hilt.

If nothing else, Greta will give Huppert more exposure in North America than any of her art-house movies, so we’ll take it. That said: a better Huppert-going-cuckoo movie is The Ceremony. Check it out. Oh boy.