Look everyone, Saskatchewan’s favourite over-caffeinated , deadline-bending news aggregation column is back! Hooray! Let’s get right to it, because our printer is on the phone wondering where their newspaper paper is. 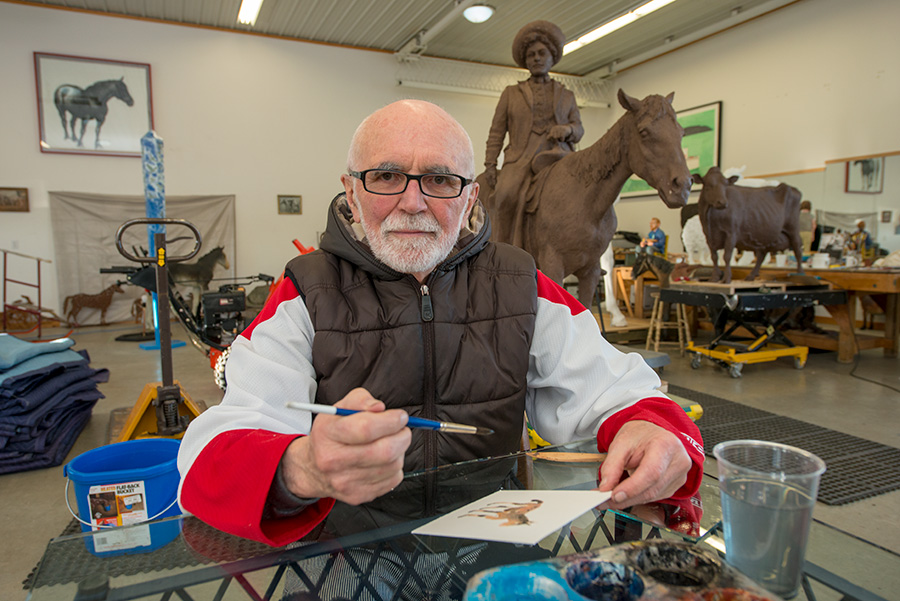 As you’ve probably heard, beloved Saskatchewan artist Joe Fafard passed away on Saturday, March 16 at the age of 76. The legendary artist will be remembered for his staggering body of work, including his warm, chunky, humanistic portraits of people including Van Gogh, Tommy Douglas and John Diefenbaker, and his perceptive and sensitive, but not precious, animal sculptures.

In 2013 I had the privilege of commissioning a piece from Joe for our 20th anniversary issue’s cover. He turned in a lovely drawing of two prairie dogs; one, our present, in colour, the other — our unwritten future — in ghostly greys. It was beautiful, and I’ll treasure the experience of working with him forever.

You made the world a better place, Joe. Thank you.

Justin Trudeau’s Liberal government released their 2019 budget on March 19. Saskatchewan’s conservative Saskatchewan Party government followed suit the next day. As this small, understaffed newspaper has no dedicated provincial or federal reporters, we don’t have much to say on either topic at the moment. However it shall be noted that the Liberals shared the first details of their plan to save Canadian journalism — a struggling industry that’s bled out a third of its jobs in less than a decade.

The Liberal plan, unfortunately, seems about clear as mud examined by a blindfolded bat. We literally have a lawyer looking at this stuff, and might need additional help from fortune tellers and specialists in untranslatable languages. That said, while the Liberal plan is focused on saving word-based journalism, it appears to heavily-favour corporate media.

Which, ironically, will unite to endorse Andrew Scheer’s Opposition Conservatives against Trudeau’s Liberals in the election later this year.

As for the Saskatchewan budget, I figured this was the “let’s privatize SaskTel!” year. Happy to be wrong. Guess the Sask. Party is busy enough privatizing Wascana Park.

Notley, who has run an effective, essentially scandal-free government since her surprise election victory four years ago, may well lose to her opponents — a pack of entitled, unscrupulous, power-hungry conservatives led by former MP Jason Kenney, a man once described by Stephen Harper as someone with no friends.

Fringe parties aside, Alberta voters will choose between Notley, a brilliant, charismatic leader with a proven passion for her province and its people, and Kenney, a pale, poisonous bog-fungus who literally once bragged about fighting to keep gay men from visiting their dying partners in San Francisco hospitals. Yes, that’s true.

Pundits agree it will be fascinating to see who Albertans — who have taken enormous steps forward socially and politically in recent years by electing Notley, Mayor Naheed Nenshi in Calgary and Mayor Don Iveson in Edmonton, pick. Should Kenney — who, like Scheer, is likely to be endorsed by the province’s bailout-bloated, Eastern-Canadian owned corporate newspapers, win, many pundits agree it will be a massive step backwards.

Then again, Albertans have pleasantly surprised the rest of us before.

Don’t let the terrorists win, Alberta. You’re better than that.