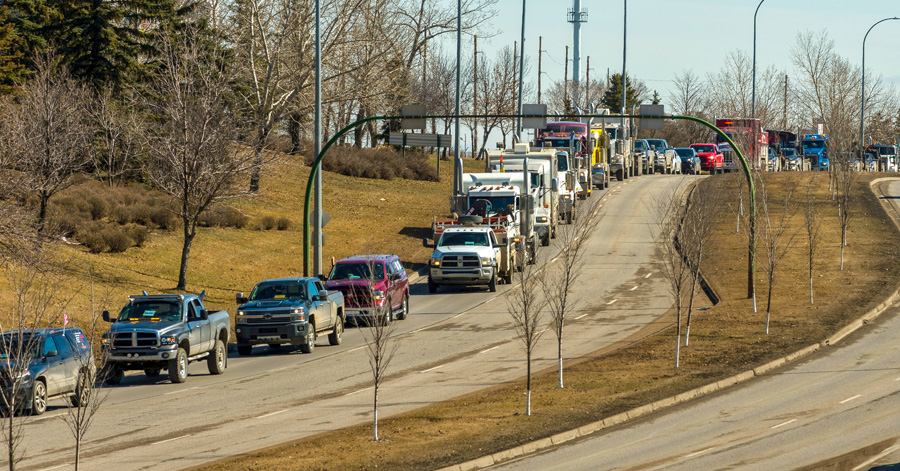 On April 1, many a headline writer in Saskatchewan bent themselves to the task of how to link April Fools’ Day to the federal carbon tax which was coming into effect that morning.

Here’s my humble effort: “No Foolin’, The Carbon Tax Is Here.

Then the press conferences started and carbon tax scaremongers from Doug Ford to Jason Kenney to Andrew Scheer and our own Scott Moe spent the day calling it a joke of a policy.

The attacks on the carbon tax have continued since then.

It’s funny: the way conservative politicians are going on, it’s like they’ve forgotten the carbon tax was a conservative idea to begin with.

The theory that you could correct negative economic outcomes by taxing them dates to the early 20th century work of neoclassical economist Arthur Pigou. The notion of imposing a Pigouvian Tax on carbon has since been championed by conservative and conservative-leaning economists like Greg Mankiw (who worked for George W Bush), Gary Becker (who won the Nobel Prize for economics), and Jason Clemens and Ken Green (who together work for the Fraser Institute).

The carbon tax has found favour with the American Enterprise Institute. Former Exxon CEO and Trump whipping boy, Rex Tillerson, also at one time advocated for it.

Just this month, Shell Oil put out a report calling on the fossil fuel lobby to get behind the carbon tax. The company also announced it will pull out of the American Fuel and Petrochemical Manufacturers because of that organization’s antiquated position on emissions policies. It will likely step away from the Canadian Association of Petroleum Producers for the same reason.

Even the founder of the Reform Party, Preston Manning, has urged Canadian conservatives to stop attacking carbon pricing and turn their efforts to how best to implement such policies.

These are not rabid, tax-and-spend socialists. These are people who speak at corporate conferences. And yet, in Saskatchewan, the idea that a carbon tax could be anything other than a cash grab or a communist plot is met with derision.

And their allies across the country who have been advocating against the carbon tax are gaining momentum. Manitoba is planning to follow Saskatchewan’s lead and challenge its constitutionality in court. Doug Ford wants to mandate anti-carbon tax stickers be displayed on all Ontario gas pumps.* Jason Kenney, despite his many scandals and being unlikeable, is still likely to win Alberta’s April 16 election, and has pledged his first job will be to end his province’s carbon tax program. And, the SNC-Lavalin affair could kill the Trudeau government’s reelection hopes in October, paving the way for an Andrew Scheer government which will most likely end the federal carbon pricing plan.

You may only have to pay that extra four and a half cents at the pump for a few more months.

And if that’s the case, I can think of a few truckers who might feel inspired to organize a “Mission Accomplished” convoy to celebrate the policy’s demise.

The Trucks Roll In

Four days after the carbon tax came into effect, about 700 truck drivers from across southern Saskatchewan braved the extra five-and-a-half-cents-a-litre on diesel fuel to travel to Regina’s Evraz Place for the Rally Against The Carbon Tax.

Why travel so far and, as a result, end up paying so much of the tax they despise? Why not travel to a smaller centre where traffic is lighter and convention centre booking rates are lower?

Because they were after the two resources only an urban centre could offer these rustic heroes of the highways: sympathetic politicians and an abundance of media.

The trucks started to roll into the Evraz parking lot just after 11 in the morning. And as they honked-out a symphony in the key of air horn, volunteers guided them into neat rows facing out of the parking lot to facilitate an orderly exit once the event was over.

The entire process of welcoming and arranging the trucks went off without a hitch and could be used as an allegory for the entire day. It was all tightly controlled, orderly and stuck to the script.

In the days leading up to the Rally Against The Carbon Tax, many — including provincial NDP leader, Ryan Meili — had expressed concern that this pro-pipeline/anti-tax protest would be resemble the United We Roll convoy to Ottawa that ended up mired in controversy over its nationalist, anti-immigrant messages. But that didn’t end up being the case. Every truck that arrived at the April 5 rally sported political signs and flags. But the slogans associated with the Yellow Vest movement — the “hang Trudeau for treason” and “close the borders” signs were all but absent.

There was only a single truck which carried a sign saying “NO UN/Globalism, NO open borders, YES charge Trudeau with treason.” Just one out of an estimated 700 trucks, cars and vans. Many more bore signs that explicitly stated their drivers did not support hate or violence.

Of course, it shouldn’t be too surprising there was such message discipline. Local media for the event was handled by the Saskatchewan Heavy Construction Association, which also helped cover the cost of the Queensbury Centre booking and stage managed the event.

The SHCA is an industry lobbyist representing just under 200 companies in the province. And the trucks that showed up reflected that as they represented mining companies, construction companies, agriculture, oil and gas.

While the United Steelworkers were also out to show their support for the rally and there was much talk about the threat to jobs in the resource sector, this was far from a proletarian uprising.

It was the same old story of business owners and corporations throwing a tantrum over taxes.

A controversy leading up to the Rally Against the Carbon Tax was that one of the convoy organizers, Jason LeBlanc, has had some of his anti-climate science rhetoric quoted in the media.

“Cyclical climate change,” to anyone who follows climate-science denier rhetoric, is a reference to the idea that human influence over the climate is small or nonexistent compared to natural cycles.

Science refutes that position and places the blame for global warming squarely on human activity.

And while LeBlanc was careful not to repeat all his denier talking points from the Ottawa event, this was a tip his denialist views on climate science are unchanged.

Meanwhile, Premier Moe made sure to point out that he accepts science. “In Saskatchewan, we accept that climate change is happening and we even accept that humans are contributing to that,” he said.

What he didn’t say was whether his government understands that climate change is a crisis and an imminent threat to our economy and society. He didn’t make a single reference to the Intergovernmental Panel on Climate Change report showing that we have to make significant reductions in carbon emissions over the next 11 years if we’re to avoid dangerous global warming.

He didn’t mention Canada’s Changing Climate Report that Environment and Climate Change Canada and Natural Resources Canada put out just four days before the rally — on April 1, the same day the federal carbon tax came into effect. That report shows Canada is warming twice as fast as the rest of the world and that northern Canada is warming at nearly three times the global rate. I hear there’s a David Suzuki column about that in this issue.

That report discusses how the effects of climate change are already impacting our country: the oceans have become more acidic and less oxygenated, glaciers are thinning, permafrost is thawing, weather is becoming more extreme and natural water cycles are being disrupted, which will lead to increased risk of flooding and desertification. All of this will only get worse without immediate, dramatic action.

But that isn’t the crisis Scott Moe or the Rally Against The Carbon Tax was talking about.

For them, an extra few cents-a-litre at the pump is the end of the world.

Which is ironic. Because if they’re successful in sabotaging our nascent efforts to get our national emissions under control, they’ll forever be remembered for helping hasten an actual environmental apocalypse.