A doc about handmade guitars and the rockers who love ’em 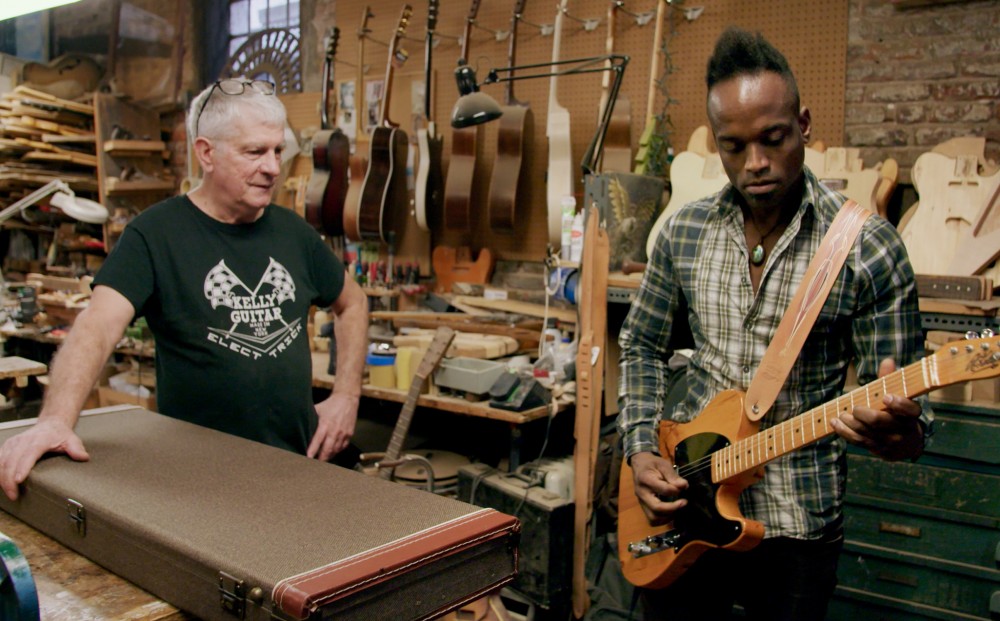 Making a documentary can be as simple as finding the right subject and getting out of the way. Carmine Street Guitars, which  follows a week in the life of a little store frequented by connoisseurs, is that kind of doc.

The film is really about Kelly and his apprentice Cindy Hulej. Their incredible work is eyepopping and goes against every industry trend: analogue, obsessive and unassuming. The store isn’t even easy to find.

Change is afoot, however: the building next door is for sale and the realtor (as himself) is seen sniffing around. The threat of gentrification doesn’t materialize, but it looms.

Carmine Street Guitars is loosely anchored by the crafting of a telecaster out a block of wood from McSorley’s, New York’s oldest bar. One hundred and fifty years of spilled beer make the wood more porous, resulting in better resonance.

Some of the staging by director Ron Mann (Altman, Grass, Comic Book Confidential) is a bit clumsy, but ‘tis a hiccup in an otherwise captivating fly-on-the-wall doc. The parade of musicians stopping by adds flavour to the show. Each artist has a story to tell, about their instrument, the retailer or the craftspeople. All of them reverberate.

At 80 minutes, the film flies by. I would’ve happily watched another half hour of Rick and Cindy working their magic. Extra points for not using a single drone shot, documentarians’ most notorious crutch.