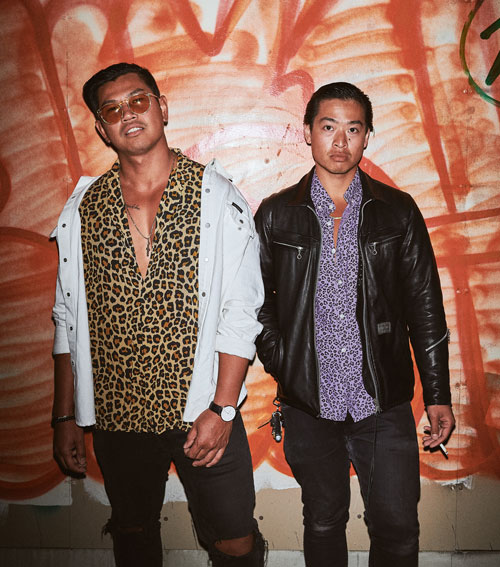 Samurai Champs are a Saskatchewan hip hop/R&B duo. Marvin and Savan have toured internationally, and are currently working on their debut full-length Cabernet Sauvignon. Their latest single, “Poseidon”, was released April 5. Here are six songs they consider favourites. /Gregory Beatty


After packing up the gear on the final night of Trifecta Music Festival 2016, this song was playing on our drive to the after-party at the Artful Dodger. The feeling was surreal as we listened to the opening line, “No such thing as a life that’s better than yours”, knowing we’d successfully pulled off something that brought Saskatchewan’s creative communities together. (M)

We always keep an mp3 of this song in our Dropbox as a reminder of how fortunate we are to have experienced the things we have. We never would’ve imagined touring to far-off places like Estonia and playing festivals like SXSW. The opening line holds a lot of gravity for us: “If I were to die today, there’s not a thing I would change. I’ve lived well”. (M)

This song has been an anchor for me, not only in my personal relationships, but also my relationship with music and art. The line, “There’s such a thing as loving someone so much that you need to give them time to let them breathe”. is a reminder of the need to let go. If something’s meant to exist, it’ll return. (M)

It’s not a sad song, it’s a real song. It gives hope, but also the honest truth in talking about how life can come between the people you love. The song taught me to live life without depending on anyone. (S)

This is the first hip hop song I ever heard. It spoke to me in so many ways about things like losing close friends, realizing what my ambitions will do to my relationships, and especially to forgive. Not just to forgive the ones who have done me wrong, but forgive myself. (S)

Life isn’t fair, so the best thing to be is honest — honest with yourself, and the people you love. What’s a life worth living if it ain’t an honest one? Love always, but love yourself first or you’ll never be happy. (S)