With The Stillhouse Poets 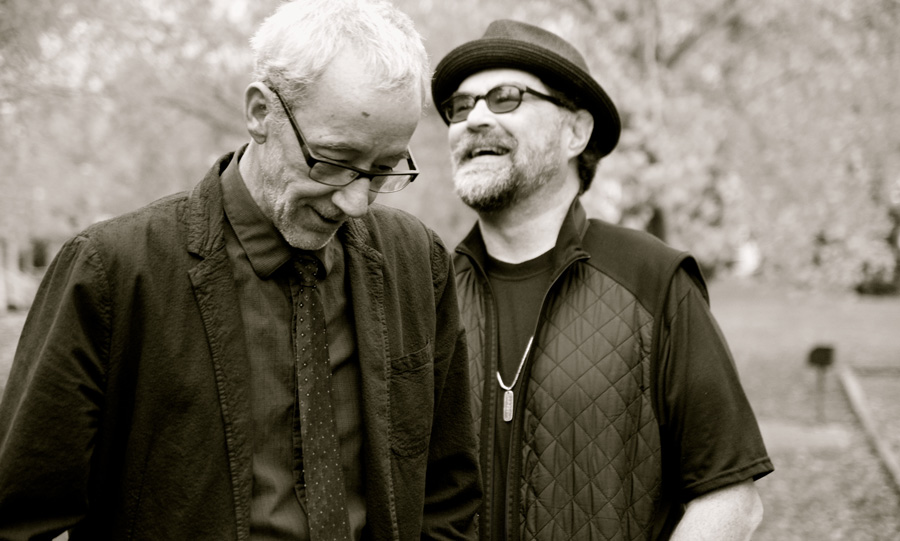 The Regina blues ’ n’ roots duo The Stillhouse Poets draw their influences from music from the Mississippi Delta and Appalachian mountains. Kirk Hextall (lead vocal) and Brent Nielsen (guitar, harmony vocal) co-write most of their material and have released two albums. This list reveals their fondness for prairie gothic. /Gregory Beatty

In 1988 after struggling with substance abuse into my mid-20s, I was worn paper thin. I discovered this song shortly after sobering up. It helped keep me there. Still play it from time to time for a little insurance. (KH)

Growing up in the country we had two television channels and AM radio. This song received some serious airplay in the early and mid ’70s. The Hextall siblings air band performed this constantly with brooms for guitars, pots and pans for drums, and big dreams for fuel. (KH)

This album is brilliant with a number of songs that make my eyes leak when I hear them. Jason is one of the premiere songwriters in music right now. “Different Days” is about change of mind, a change of heart, and a narrative that speaks to me. It knocks me out every time. (KH)

In 1972 I was 13 years old. My friend and I got into his older brother’s record collection. We put Brownie McGhee & Sonny Terry on the turntable. The skies parted and the angels sang. Their version of “Trouble In Mind” was the first blues song I ever learned. (BN)

I could listen to this album bumper to bumper every day and never get bored. I love the raw honesty of the recording. Nothing is airbrushed. The highlight for me is when back-up singer Merry Clayton lets loose on “Gimme Shelter”. If there’s a more compelling few bars of rock & roll I haven’t heard it. (BN)

The best songwriters grab me with the first line like a carnival barker inviting me in. Caitlin Canty hooked me with “I wore your ring until the stone fell out”. She sounds like a broken-hearted angel that’s tired of trying to keep everything together. (BN)