It’s fun but there’s nothing challenging about Avengers: Endgame 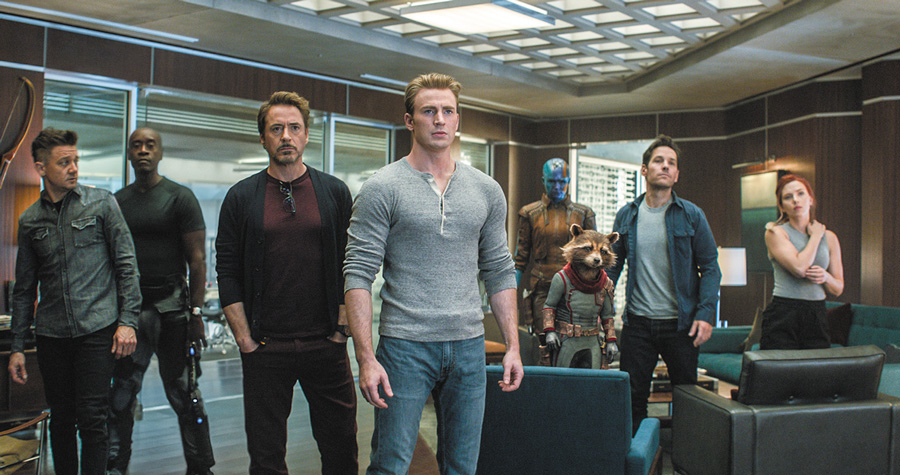 Is there anything left to say about a movie that has made over two billion dollars and has been a bigger topic of conversation around the world than Game of Thrones and Trump’s crooked Attorney General?

Turns out, a lot.

Avengers: Endgame is an entertaining experience from most angles: action (you can actually see the battle), comedy (everything Thor-related), adventure (the “time heist” has a delightful Rosencrantz and Guildenstern behind-the-scenes flavour) and tragedy (barely five minutes with Tilda Swinton).

Yet, one question is never asked.

What is this movie about?

There’s some substance to be found under tons of CGI and larger-than-life characters, some of it questionable. I’ll break it down for you.

FATHERHOOD: A recurring element in Avengers: Endgame is fathers in distress. Tony Stark’s reluctance to leave his daughter and regret over losing Peter Parker, Hawkeye’s despair over his children’s disappearance, Ant-Man’s immense relief upon finding his kid. All three go to extreme measures to ensure their wellbeing, even if it means not being around to see them grow up. It’s a message one could get behind, but one that has been depicted to, um, death, most recently in The Second Best Exotic Marigold Hotel: “There’s nothing I respect more than someone planting trees under whose shade they may never sit.”

SACRIFICE: “The Greater Good” is the single directive for all Avengers, and two of them pay dearly for it. While I appreciate the “whatever it takes” clarity of purpose, the principle has been used by despots as an excuse for some of the worst crimes against mankind. I would recommend taking this notion with a grain of salt. Noble sacrifices can be corrupted and often are.

UNANIMITY: Outside three characters’ predictable “refusing-of-the-call” moments followed by predictable changes of heart, the Avengers jump at the opportunity to undo Thanos’ snap. Not a single member objects or deviates of the plan unless strictly necessary. There’s no conflict or compromise — just black or white. This approach makes the mission less human and, consequently, less interesting.

RESILIENCE: Avengers: Endgame presumes mankind will go on after half of it has been wiped out. After watching The Leftovers (in which “only” two per cent of the population mysteriously disappears), this strikes me as extremely optimistic. Never mind the widespread depression, the very structure of civilization couldn’t resist such a hit, no matter how many lawless assassins roam the planet. That movie, I would love to watch.

GIRL POWER: The overcorrection to the MCU’s terrible track record with female heroes reached its peak with a single pandering shot during the final battle. The Russos were so transparent in their intention they accomplished the very opposite: they made us think about how bad Marvel is at complex female characters. Two words: Scarlet Witch.

THANOS WAS ON TO SOMETHING: Don’t even.

The main takeaway of Avengers: Endgame is the presumption that the half that remained after Infinity War will listen to their better angels and act accordingly. Forget time travel, the real fairy-tale elements lay here. The movie goes out of its way to mock Back to the Future, yet it forgoes a crucial element: Marty is the hero, yet he buys that sports almanac. Nothing so descriptive of human nature can be found in Endgame.