Fur in the City 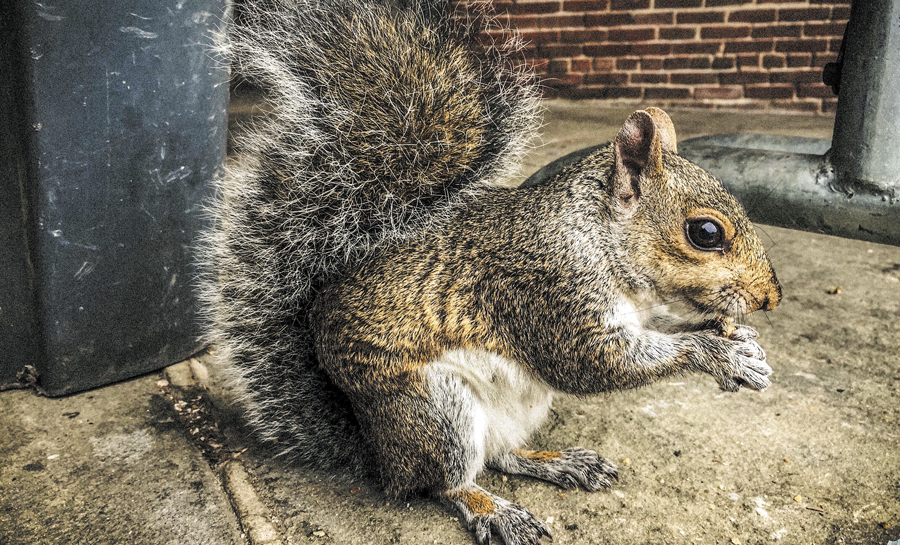 The seventh annual NatureCity Festival runs May 21–26 in Saskatoon. “Where the Wild Things Are” is the theme, and one highlight will be the keynote address at the Broadway Theatre by Maureen Murray of Chicago’s Lincoln Park Zoo Urban Wildlife Institute on May 22.

During her talk, Murray will welcome Saskatoon to the Urban Wildlife Information Network. It has its origin in a project the zoo began in 2010 to study local wildlife (insects, birds, mammals, etc.) to see how they live wild in Chicago.

Since that initial project started, the network has expanded to 15 cities including San Francisco, Los Angeles, Austin, St. Louis, Rochester and Tacoma.

Edmonton is a member too, and Saskatoon will be the second Canadian city to join. So that’s cool.

“One of the institute’s main projects is using trail cameras to monitor the presence of different wildlife species as we move from ex-urban suburbs into downtown,” Murray said in a recent phone interview from Chicago. “You can see what species might like living in urban centres versus those that might have a harder time.”

GPS collars are another tool researchers use to track larger animals such as coyotes as they move through the city. And most urbanites, Murray thinks, would be surprised to learn just how many animal species live wild in their cities.

“It gets people excited to realize it’s not just pigeons, rats and raccoons,” she says. “There’s lots of different bird and animal species, even amphibians and reptiles, that can use urban spaces. Once people realize it can actually be pretty decent habitat they get excited about conserving these spaces.”

That’s good for wildlife, obviously. But people benefit too, says Murray. “When you have urban green spaces with thriving ecosystems it’s a good indicator there’s not a lot of pollution in the waterways or soil. Studies show too that when people are in green spaces, and see and hear birds and other animals, it’s good for their physical and mental health. So there’s a direct correlation between urban biodiversity and human well-being.”

With nine years of data collected, the institute has a pretty good understanding of wildlife in Chicago. By pooling data with other cities in the wildlife network, each with its own unique climate, geography and design, they can develop coordinated strategies to support urban wildlife.

“The data helps us determine what it is about certain green spaces that have more diverse wildlife than other spaces,” Murray says. “We have cameras in urban parks, as well as cemeteries and golf courses. So we can see if larger spaces or more connected spaces are more likely to be inhabited by wildlife.”

Animal behaviour is another component of the study, says Murray.

“Colleagues have used cameras to look at the co-occurrence of predators and prey,” she says. “So we’re seeing if deer avoid where coyotes are, for example. We also look at [nighttime activity]. In general, you see that animals shift to being more nocturnal to avoid people and cars.”

With all the property and assets they control, civic governments have the biggest role to play in supporting urban wildlife. But homeowners and businesses can help too. Replacing sterile lawns with wildflowers and other native plants, for instance, can provide food and habitat for insects. From there, you work your way up the food chain, with birds, amphibians, reptiles and so on all benefitting.

Even with the best of intentions, though, people need to be cautious in how they support wildlife. Take bird feeders — yes, they can help tide birds over in winter when food is scarce (while also providing hours of enjoyment as people watch the birds feed). But because feeders cause birds to congregate in one area, says Murray, they can promote disease transmission.

“It’s important to clean your feeder and replace the feed if it gets moldy,” Murray says.

Feeding bread to Canada geese and other waterfowl is another example. In many urban parks, it’s a popular family activity, especially when the baby birds are hatching. But with its relatively high calorie count and low nutritional value, bread can actually damage the birds’ bone structure causing “angel wing”.

Murray encountered a similar situation when she was doing post-doctoral research in Florida.

“I was looking at ibises, these wading birds that are really iconic in the Everglades, but for some reason in the last decade they’ve been moving into urban parks.

“People love them, and have been feeding them bread,” says Murray. “We looked at how that was impacting on their health and found that ibises that ate more bread had poor body condition. It’s commonsense that if you’re switching from a diet of crayfish, insects and other high-quality food to white bread there will be negative effects.”

In intelligence tests, scientists have found that urban animals typically outperform their rural cousins. When you think about it, that’s not really surprising. Day in day out, urban animals interact with Earth’s smartest species (us) in an environment designed almost exclusively for our comfort and convenience.

Indeed, some animals are so adept at living in our midst that they cross a line — growing so numerous that they become pests. Rats, pigeons, raccoons, squirrels, gophers and cockroaches are a few examples. Scientifically, they’re known as urban exploiters — and they’re a focus of the Urban Wildlife Information Network too, says Murray.

“It’s a complicated issue because we want species to persist in urban areas,” she says. “But the ones that do the best are very adaptable and tend to overlap a lot with humans in the spaces and resources they want to use.”

As climate change kicks in, the range of different wildlife species is shifting. Inevitably, that will present challenges for cities looking to maintain healthy wildlife populations. Invasive species can have devastating impacts on local eco-systems, but through the wildlife network cities can share best practices for controlling invasive and pest species.

“The approach we advocate is that it’s not really feasible, or even desirable, to eradicate these animals,” says Murray. “So a better strategy is to reduce their access to food sources. That’s a more sustainable approach, to identify the drivers that promote infestations in neighbourhoods, then reduce things that attract the animals and allow access.”

When animals get conditioned to associate humans with food, Murray says, that’s when conflict can arise.

“It leads to overly bold behavior where they start to approach people,” she says. “If coyotes, for instance, no longer associate people with food they wouldn’t be as motivated to approach. So make sure to keep your garbage contained, and your pets on a leash, or keep your cats in at night. That sort of thing.”

Remember to exercise common sense, too. Wildlife may live in our cities, but they’re still wild animals, and people need to respect that, says Murray.

“You might be excited about interacting with wildlife, but it’s important to keep in mind that in certain seasons animals are breeding or defending territories of their young,” she says. “So you want to keep your distance, and make sure to always have your dog on a leash so they’re not harassing different species.”