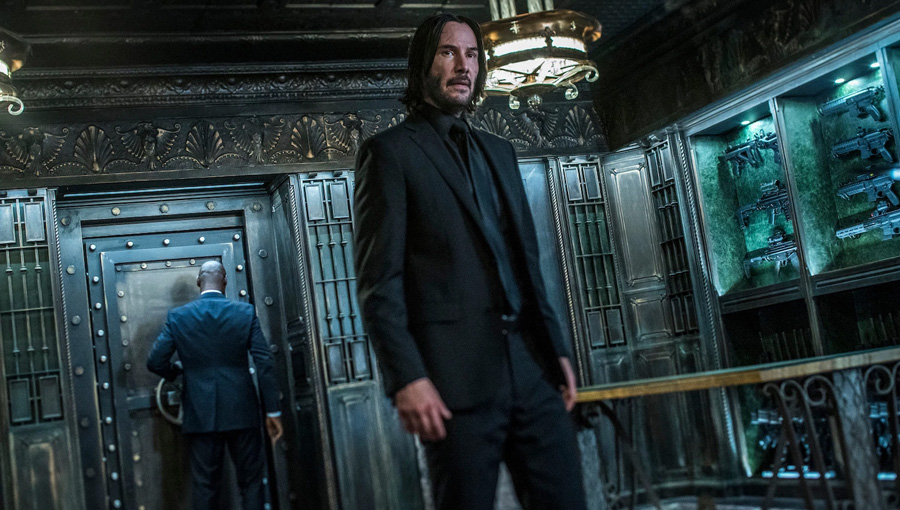 The first John Wick (2014) could’ve gone straight-to-VOD like other Keanu Reeves movies at the time. But the plucky flick had great action scenes, clarity of plot and an unapologetic love of violence that made it fun.

Why does this matter? Because economics bog down what could have been a tidy, satisfying trilogy in favour of squeezing as much cash as possible out of John Wick.

Back to the movie. The first 15 minutes of John Wick: Chapter 3 – Parabellum might be the strongest opening to a film this year. Without skipping a beat from John Wick: Chapter 2, we see Wick escaping from New York with dozens of assassins on his trail. Naturally, Baba Yaga — armed only with weapons of opportunity such as a hardcover books and vintage knives — makes mincemeat out of them.

That pace is unsustainable and soon enough we arrive in Expositionville. There we learn Wick is targeted by the High Table — the criminal world’s equivalent of the Vatican — along with those who helped him, including The Continental’s manager Winston (Ian McShane, everywhere these days) and the Bowery King (Keanu’s Matrix pal, Laurence Fishburne).

The excommunicated John Wick still has a few cards to play — like a couple of I.O.U.s from the Belarusian mob (headed by Anjelica Huston) and his female equivalent, Sofia (Halle Berry). But John’s only hope to cancel the contract on his head is to appeal to The Elder, who stands above the High Table.

Blah blah blah. For the kind of series it is, there’s a growing amount of arcane pageantry in the John Wick world — and a lot of it seems made-up on the fly. These are honourable criminals and breaking the rules has always been much more serious than the morality of their actions, but this core franchise consistency is starting to wobble under a clear attempt to extend the property’s shelf life (John Wick: Chapter 4 already has a 2021 release date) and launch spinoffs (see: The Continental, coming soon to a small screen near you).

Ultimately, John Wick 3 lives and dies by its action sequences. They’re very good. The cinematography and production design has improved, though at a cost. The first film felt anchored in the real world (probably due to its limited budget) In Parabellum’s heightened reality, characters quickly recover from being stabbed, shot or pushed off great heights.

Like a videogame character, John Wick is always ready for the next level — no matter how much punishment he’s taken.