Break-ups are unpleasant. The loveless, lying alternative can be lethal 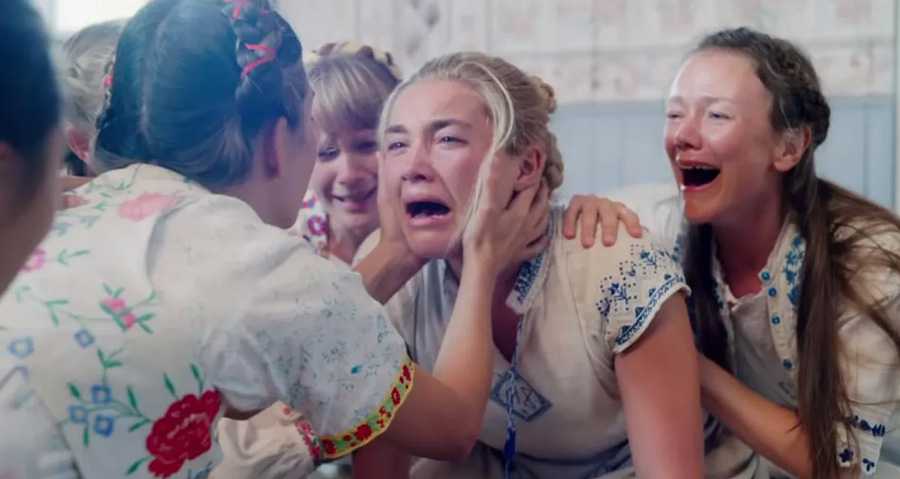 I watched Annabelle Comes Home and Midsommar within hours of each other. The former is as good a scary movie produced by a major studio gets: impeccable production design, name actors and well-placed scares.

The latter is something better: it’s dangerous.

A standard horror film pits an overpowering force against normalcy. Writer/director Ari Aster (Hereditary) is changing the formula by shattering the starting point. Aster’s heroes start knocked off-balance by grief. This makes them more open to new experiences and ideas, but also susceptible to whatever evil lurks in the vicinity.

In Midsommar, Dani (Florence Pugh) is reeling from a devastating tragedy. Her boyfriend Christian (Jack Reynor) doesn’t know what to do. He was on the verge of breaking up with her when catastrophe struck, and now he’s stuck in a relationship with no future.

The timing is terrible, as Christian and his friends were planning to spend a couple of months at a charming little commune north of Sweden and celebrate Midsommar. What’s a guy to do?

Invite his wounded girlfriend to join, of course.

Tensions are high by the time they arrive, so when they encounter an impossibly quaint settlement, kind strangers and fascinating traditions (not to mention cute girls), the foreigners embrace it. Audiences versed in the genre know a well-set trap when they see it. When have closed communities ever been good news?

Aster calls Midsommar a “bad breakup” movie. It’s true — none of the unpleasantness would’ve happened if Dani or Christian had been honest with each other. Their toxic relationship’s many dysfunctions are exacerbated by the villagers’ strange behaviour.

Aster is an extraordinary actors’ director: you don’t get Toni Collette’s impeccably depicted breakdown in Hereditary without great direction. He gets the same level of performance from Pugh in Midsommar.

The world Aster builds is as strong as the performances he directs. The commune feels incredibly plausible and that makes its nasty secrets more unsettling. The Scandinavian folk references power the horror quotient, and even when the movie loses its way they keep it interesting.

But Midsommar does lose its way. After a masterful top half, it succumbs to its cluttered story. Aster goes out of his way to convince us these normal, presumably sane Americans would stick around even after the first batch of horrors, but it’s a bit much to swallow. Also, the idea that cultural sensitivity might get you killed is troublesome in these intolerant times. The world needs less xenophobia right now, not more.

Midsommar clocks-in at almost two and a half hours. It could’ve used a trim. I was never bored but I did get frustrated. The film’s problems reminded me of another wunderkind’s sophomore effort: David Robert Mitchell’s Under the Silver Lake. Mitchell got carte blanche after his superb debut It Follows, but the lack of checks and balances seemingly led to a shapeless and unintelligible follow-up. Ari Aster is too smart to let that happen, but I can’t shake the feeling he could’ve benefited from a little stern supervision.

Another problem is that Midsommar’s topics and characters are introduced and dropped without reaching satisfactory conclusions. Will Poulter and William Jackson Harper (Chidi in The Good Place) are tremendous actors, but their characters embody unfulfilled potential.

As well, the complicated rituals add very little. As for the ending, it’s too close to comedy for my comfort.

In spite of its shortcomings, Midsommar is loaded with achievements. At the very least, it uses tough love to remind audiences to speak up when something doesn’t feel right, at a personal or societal level. That’s a message I can get behind.