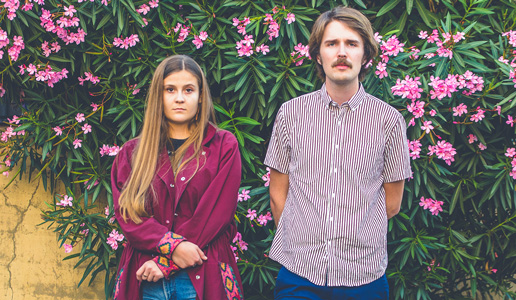 The Saskatchewan folk/roots duo of Kacy Anderson and Clayton Linthicum have a new album coming out in October called Carrying On, so you can bet when they play Gateway Festival in the Big Muddy Badlands on July 27 they’ll have some new songs to share. Here are six tunes they consider favourites. /Gregory Beatty

I’ve always loved Wilf Carter. This song was played locally by George Popescul, a strong character from our part of Saskatchewan. My friend Anita told me she saw Wilf Carter play four times. She was living in Manitoba working as a nurse in a convent, and had to ask permission to go. Great tune. (KA)

Willie Nelson sings with Neil on this song. “The good feed brings the money” speaks quite loudly in this drought we’ve had in Saskatchewan where feed is sparse. There are real cowboys out there Willie and Neil, and they hear you. (KA)

Fairport Convention does a magnificent version of this epic masterpiece on their 1969 album Unhalfbricking. A car crash, then prison time, with the lingering tune of “Two Sisters” carried throughout. Sandy Denny sings it like no other. (KA)

Jeannie C. Riley is among my favourite female singers of any genre and Shelby Singleton’s production is just too good to be true. This track has a particularly memorable guitar part that I frequently bust into. (CL)

Sometime around 2012 I was visiting our old friend Shakey Wilson in Saskatoon, and he showed me some Michael Hurley records. Since then I’ve become infatuated with his guitar playing and Jimmie Rodgers-esque vocal style. His songs are typically about fantastical and bizarre subjects (lots of talking animals, and even one about a Protein Monster). But this song is a simple ode to his darling far away, set in a laid-back country waltz. (CL)

Kacy ignited my interest in this magnificent LP while we were on tour last month. The record explores the daily life of a band on the road. The food, the accommodations, the glamour, the mundanity, it’s all in there. (CL)