Sexism at sea can suck it, say female sailors 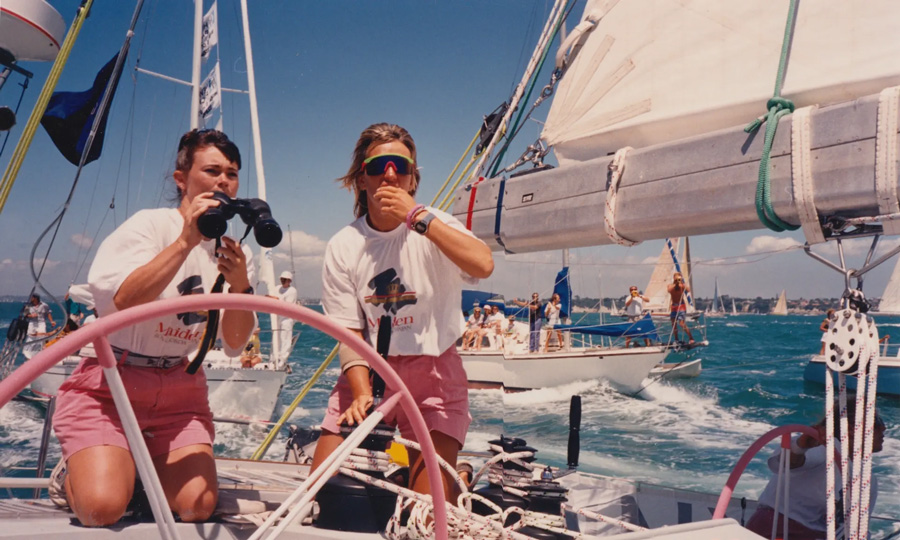 If you’re interested in measuring how far we’ve progressed in the treatment of women on screen, all you have to do is tune in to Turner Classic Movies. A couple of nights ago I found myself aghast while watching Airport ’70. It wasn’t the special effects that shocked me but a 53-year old Dean Martin forcibly putting the moves on a young Jacqueline Bisset. Today, it would be considered harassment at minimum.

Why do I bring this up? Because the documentary Maiden showcases a true moment of transition, one in which a group of dogged female sailors demonstrated women are not only capable but a force to reckon when competing on a level playing field.

The key figure in Maiden is Tracy Edwards. Labeled a “troubled youth”, Tracy grew up angry and rudderless. Upon finding a job as a stewardess on a boat, Tracy found her goal: she wanted to navigate the globe.

Her best bet to make her dreams come true was to join a team at the Whitbread Round the World Race, a competition held every three years and known as the longest of its kind. Tracy’s first attempt was a frustrating experience: most squads didn’t want a woman on their team (bad luck, they claimed), and the one that hired her all but locked her in the kitchen.

In order to become the one calling the shots, Tracy put together an all-female team (the first of its kind) targeting the 1989 race. While there was no shortage of women volunteering, financing was an issue, not to mention the fact the leader was untested as a skipper and still working on her temper.

A very straightforward doc (single timeline, hold the mayo), Maiden has killer timing and benefits from the fact the story is little known outside sailing circles in England. Director Alex Holmes (Stop at Nothing: The Lance Armstrong Story) does wonders with archive footage, particularly a powerful, five-handkerchief ending.

The movie has a superb lead in Tracy Edwards: charismatic, obsessive and the ultimate underdog, it’s hard not to like her. The most interesting aspect about her journey is that she wasn’t planning to make a point about gender: sailing is what she loved, and she was good at it. While others made it about her being a woman, Tracy was all about the win. She would only realize she was a feminist much later in the process, and even then it’s put on the backburner.

Tracy and her entire crew are at hand for follow-up interviews 30 years later, even including a couple of members who departed unwillingly. To their credit, some of their rivals and members of the press agree to eat crow in front of Holmes’ camera.

Even though the narrative is driven by the race (thrilling in its own right: in Tracy’s words “the ocean is always trying to kill you”), Maiden is peppered with blatant examples of sexism. Male competitors betting how long they’ll last, reporters asking them if they are getting along and largely treating them as a curiosity.

Sure, we have come a long way, but the fight for equality is not over. Not by long shot