The Gaia hypothesis’ author is still an impish contrarian 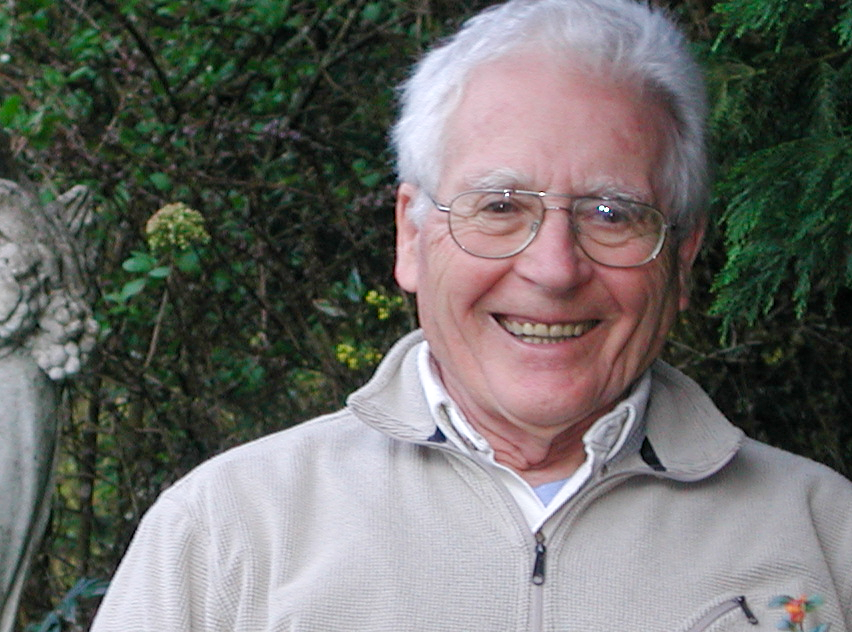 Forty years ago James Lovelock published his book Gaia: a New Look at Life on Earth, setting forth his hypothesis that all life on Earth is part of a co-evolved system that maintains the planet as an environment hospitable to abundant life. Today his approach is known as Earth System Science, and it’s central to our understanding of how the planet works. But back in 1979, he already had a warning for us.

“If…man encroaches upon Gaia’s functional powers to such an extent that he disables her, he would then wake up one day to find that he had the permanent lifelong job of planetary maintenance engineer….

“Then at last we should be riding that strange contraption, ‘the spaceship Earth’, and whatever tamed and domesticated biosphere remained would indeed be our ‘life support system’. [We would face] the final choice of permanent enslavement on the prison hulk of the spaceship Earth, or gigadeaths to enable the survivors to restore a Gaian world.”

For the past 30 years I have travelled down to Devon every four or five years to interview Jim, but essentially to ask him ‘Are we there yet?’ The last time I went, he said ‘Almost’. But he seemed remarkably cheerful about it, even though ‘there’, he believed, would imply the death of around 80 per cent of the global population (“gigadeaths”) before the end of the century.

There’s nothing harsh or cold about Jim, but it would be fair to say that his manner is impish. He’s a dedicated contrarian who delights in challenging the accepted wisdom — and is generally proved right in the end. And although he was one of the first scientists to sound the alarm about global warming, he never bangs on about our folly, he never raises his voice, and he never despairs.

Once I asked him if he thought things would ever get so bad that human beings would go extinct. “Oh, I don’t think so,” he said. “Human beings are tough. There’ll always be a few breeding pairs.” But, he added, they’d have trouble trying to rebuild a high-energy civilization, because we have used up all the easily accessible sources of energy building this one.

It is a rather god-like perspective, but that probably comes naturally if you have spent your whole life trying to stand back far enough to see the system as a whole. The Gaian system, that is, which he defines as “a complex entity involving the Earth’s biosphere, atmosphere, oceans, and soil; the totality constituting a feedback or cybernetic system which seeks an optimal physical and chemical environment for life on this planet.”

In other words, it’s all connected. The Earth’s temperature, the oxygen content of the atmosphere, all the qualities that make it a welcoming home for abundant life are maintained by the actions and interactions of the myriad species of living things. They are the creators as well as the beneficiaries of this remarkably stable status quo.

It sounds a bit New Age — he and American evolutionary biologist Lynn Margulis, who collaborated with him in the earliest thinking on the proposition, took some flak for that from their scientific colleagues — but he wasn’t really suggesting that the super-organism he proposed had consciousness or intention. Gaia was from the start a serious scientific hypothesis that could be subjected to rigorous testing.

It has now been elevated into an entirely respectable and widely accepted theory. Indeed, Gaia provides the broader context in which most research in the life sciences, and much chemical, geological, atmospheric and oceanographic research as well, is now done.

Jim Lovelock has changed our contemporary perspectives on life on this planet as much as  Charles Darwin did for the 19th century, and like Darwin he has done it as an independent scientist, mostly working on his own and with relatively modest resources. Even more remarkably, he published his first book, and his Gaia hypothesis, when he was already 60.

That was 40 years ago, and on July 26 he turned 100. But he hardly seems to have aged at all, and to celebrate his birthday he has published a new book (his 10th).

It’s called Novacene: The Coming Age of Hyperintelligence, and it’s just as much off the beaten track as his first book, Gaia.

He’s being cheerful again. Yes, we are approaching the Singularity, the artificial-intelligence takeover when our robots/computers become autonomous. Yes, after that it is AI, not us, that will lead the dance. But don’t panic, because the AI will be fully aware that its platform needs to be a more or less recognizably Gaian planet, and will cooperate with us to preserve it.

In that case, we will no longer be in the driver’s seat, but we will probably still be in the vehicle. “Whatever harm we have done to the Earth, we have, just in time, redeemed ourselves by acting simultaneously as parents and midwives to the cyborgs,” he writes, and he may be right.