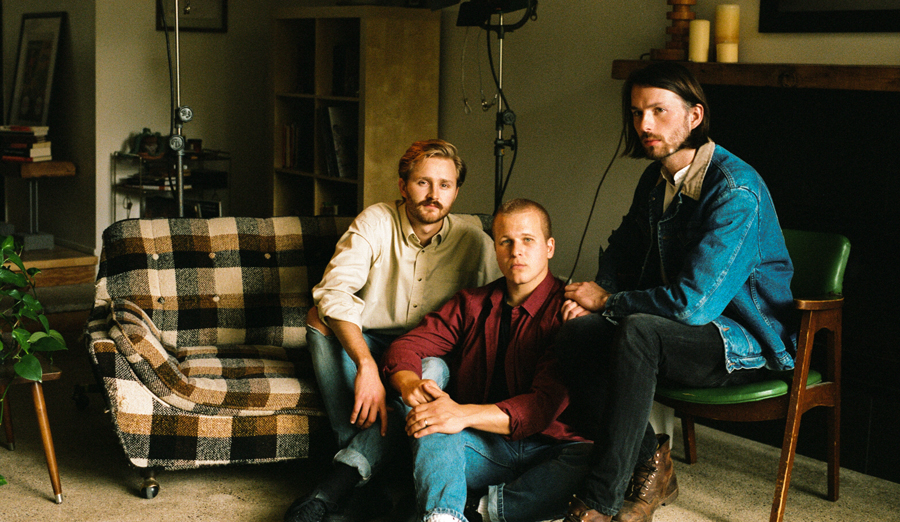 Will plays in the Saskatoon indie rock band Close Talker with Chris Morien and Matthew Kopperud. The three recently started a record label, and have a new album due out on Aug. 30. Before then, they’re playing a 3D-360 Silent Headphone Concert to kick-off the Regina Folk Festival on Aug. 8 (shows at 8 and 10 p.m.) /Gregory Beatty

Death Cab was the first band that hit me on a personal level, where I felt a real emotional connection with the music — a connection we try to create in our own music. From the chords in this song, to the lyrics, to the percussion: everything works together perfectly to evoke that same feeling.

Before Close Talker, I played a few years of college volleyball in B.C. While most guys listened to hip-hop pump-up jams to get them going before a game, I’d listen to this song. There’s something about the simplicity of just a guitar and drums jamming together. Toss in Thom Yorke’s falsetto voice, and it’s a match made in heaven.

Chris introduced me to Plants and Animals in 2009. This song in particular brings back nostalgic feelings from my high school years. Memories like starting my first band or playing my first show always come flooding back whenever this song comes on.

I love sad songs, but to make a sad song powerful it needs to feel honest. Every song Bridgers sings brings with it an honesty that can’t be found anywhere else. With “Smoke Signals” she paints a painful landscape with every word.

I first heard this song on a video game when I was 14, and since then Band of Horses has been one of my main songwriting influences. It always surprises me how well this album has aged. It’s 13 years old, yet every time this song comes on, it still hits me as hard as the first time.

Maybe the best “out of nowhere” guitar solo ever? In my youth, I modelled my guitar playing after players like Eric Clapton and Jimi Hendrix. But once I heard this song, all that went out the window. Nels Cline’s guitar playing is unmatched and inspiring.