No Money? No Justice.

Read this story if you can’t afford a lawyer 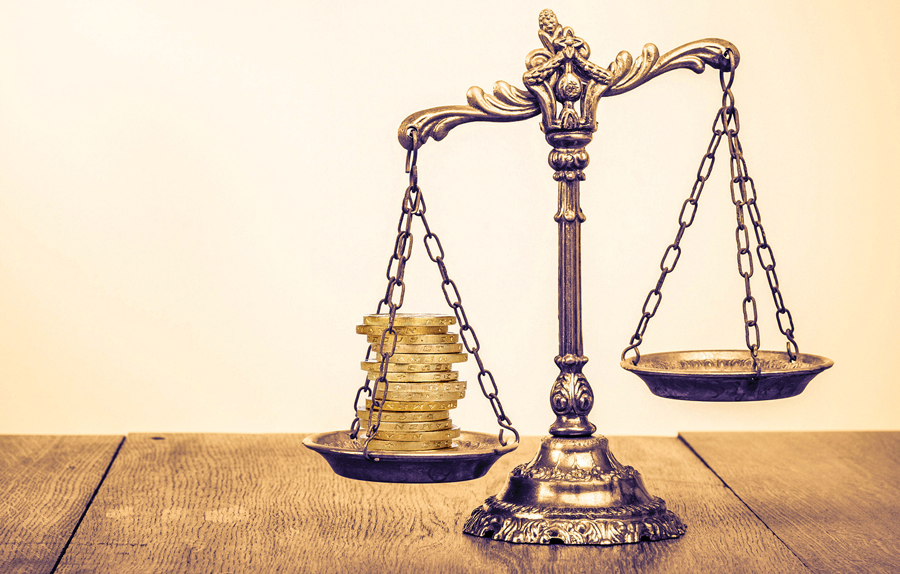 If you had to guess how many adults in Canada can expect to have a legal problem in the next three years, what would your answer be?

According to the Canadian Bar Association, it’s 48.5 per cent. Admittedly, that cuts a wide swath, from a criminal charge, to a family, workplace or landlord/tenant issue, a refugee/immigration matter, and more. Still, 48.5 per cent!

Sometimes, the person will be defending themselves in a criminal or civil proceeding. Other times, they’ll be looking to enforce a right or right a wrong done to them.

Lawyers don’t come cheap, though. The wealthy can afford to pay, obviously, and for low income earners, legal aid is sometimes available. The threshold to qualify, though, is shockingly low.

“In many provinces and territories, if you’re working full-time on minimum wage then you’re earning too much to qualify for legal aid,” CBA president Ray Adlington said in a recent phone interview about a campaign the CBA is mounting in advance of the Oct. 21 federal election to advocate for more federal funding for legal aid.

Some lower income people who don’t qualify for legal aid might get offered pro bono legal help. But otherwise, people who can’t afford a lawyer are on their own.

Currently, Ottawa contributes 20 to 30 per cent of each province and territory’s legal aid budget. Up until the mid-1990s, the cost was split 50/50. That changed when the Jean Chretien Liberal government was elected, though, and introduced a series of austerity budgets.

Not only is the federal share much less than it once was, it’s now delivered through the Canada Social Transfer. Because that money isn’t dedicated, provinces and territories aren’t required to spend it on legal aid.

Governments might think they’re saving money when they cut legal aid funding — as the Doug Ford government just did by 30 per cent (or $133 million) in Ontario.*

But that’s not true, says Adlington.

“There’s no question that self-representation increases with insufficient legal aid,” says Adlington. “That increases costs in the court system as court employees are now sort of supporting self-represented individuals and trying to help them get into and through the system. There’s also the additional judicial time that’s expended to help self-represented people in court.”

Inevitably, procedural mistakes get made, and delays happen, which increases costs for other litigants who are represented. Then after a decision or verdict is rendered, there’s the possibility of an actual lawyer getting involved and launching an appeal — which would tie up even more court time and resources.

The cost isn’t just limited to the justice system either, says Adlington.

“International studies have shown that a $1 investment in legal aid returns $6 in savings in other government programs,” he says.

“Legal aid has been shown to reduce the incidence of domestic violence,” he says. “You can imagine what the cost of a single domestic violence call is in terms of the police response, the health care costs associated with treating the victim, the social cost of having people off work for a period of time.”

Foreclosure is another area where legal aid can have a positive impact, he says.

“That protects property values in neighbourhoods and helps prevent homelessness. With that kind of return on investment, the CBA believes it’s worthy for our government to invest in legal aid.”

Quite apart from the no-brainer financial benefits, there’s an important constitutional principle at stake.

“Access to justice is a fundamental principle of the rule of law,” says Adlington. “That means everyone is subject to the same laws, but we should all benefit from those laws too.

The medical analogy is apt. Just like Canada’s healthcare system, legal aid has different levels of service depending on the severity of the problem. For minor matters, paralegals are often used. And most legal aid agencies employ a mix of staff and contract lawyers to manage case loads.

To illustrate the type of legal predicaments people can find themselves in the CBA has posted six case studies on its website (cba.org).

“One is a server who’s being harassed in their job,” says Adlington. “They have a legal right to bring a complaint, to sue their employer, but how many know how to do it? They’re entitled to a remedy such as monetary compensation or an order that harassment be stopped. But how many will act?”

It’s not always the case, either, that a costly court proceeding is required to reach a resolution.

“Often times, all it takes is a letter or two and the circumstance is remedied,” says Adlington. “It doesn’t have to be expensive access to justice, but without having someone they can go to it’s tough.

“It’s the same with an abused spouse or a spouse looking to collect child support that’s due,” he adds. “Without proper access to justice these amounts are just being allowed to build and build.”

Summing up the CBA campaign, Adlington says the CBA is looking for the federal parties to commit to stable and sustainable funding that is dedicated to legal aid.

The next time you bump into Ralph Goodale, Andrew Scheer or another Saskatchewan federal politician, maybe ask them where they stand on a boost to legal aid funding.

If they don’t have an answer you like, you might want to ask why they think justice is only for the rich.

* On Aug. 12, the federal Liberal government committed to offset part of the Ford  legal aid budget cut by providing $26 million for refugee and immigration cases.