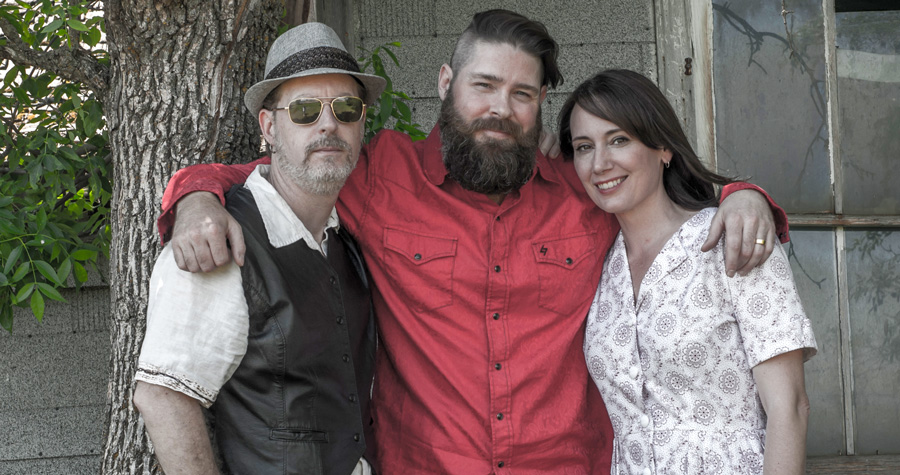 Hook & Nail are an Estevan-based folk/bluegrass trio who draw on the region’s history as an important Saskatchewan energy producer for inspiration in their songs. In 2018, they released their debut album Ghost of Taylorton. While Lindsay Arnold, Jeff Michel, Mike Davis are all on the same musical page as bandmates, their personal tastes vary as this group top six shows. /Gregory Beatty

I knew our family band’s version of this song long before I heard the recorded version. It’s such a sweet, tender song — masterfully done, and I have wonderful memories of being in Grandma’s basement listening to Dad and his siblings play this beautiful song. (JM)

The first song I performed on stage, age 12, after joining the Family Band. I had a tambourine part, then I would wait to load instruments. My musical journey started with a tambourine. Doesn’t everything? (JM)

“Listen to this!” said a very close guitarist friend. He hit play, and I was completely mesmerized. The introspective journey through the song builds into a passionate outpouring of soul that you can’t help but fist pump and sing along with. It had a profound effect on me as a music lover, and a musician. (MD)

This song introduced me to the world of outlaw country. Big chords, a driving beat, and that low electric guitar hook make the song infectious. The first time I heard it I was at a party with friends and we just left it on repeat for hours. It never gets old. (MD)

Ani provided the feminist anthems I needed in my twenties. Her strength and courage to forge her own path was an inspiration to me. Something in my chest clicks into place when I hear the opening banjo followed by guitar in this song about growing up and learning to see both sides of the story. (LA)

Gillian is my songwriting hero. She is the one person I would probably go totally fan-girl over if I ever met her in person.  Her songs are time machines bound to an uncertain destination. Oh, let me aboard! (LA)