How Ileana Sonnabend put together an all‑star art collection 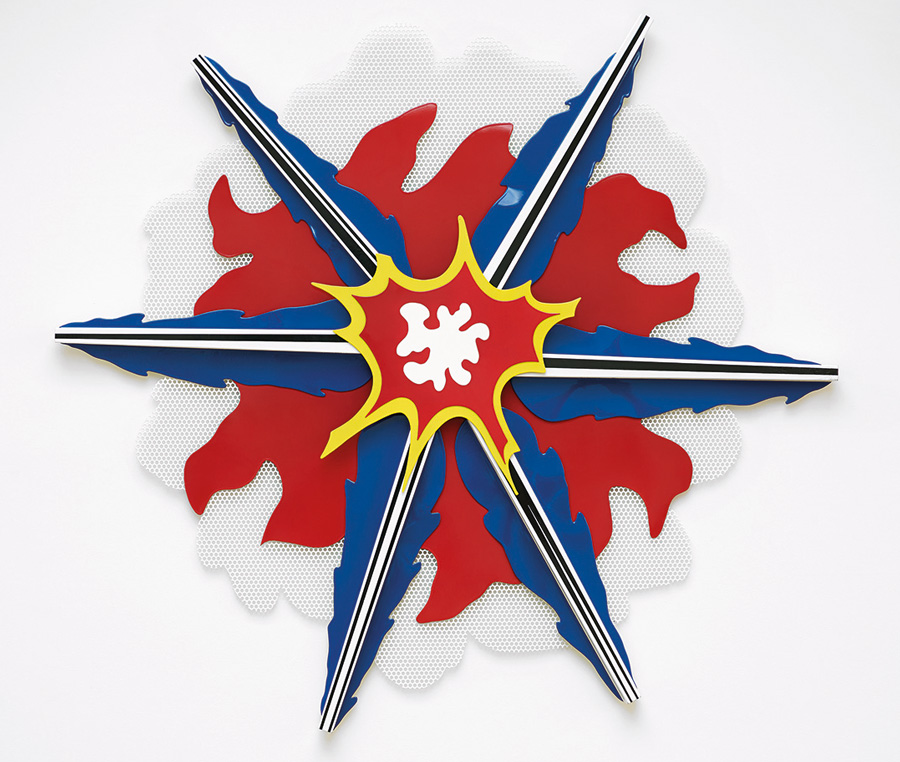 When The Sonnabend Collection opens at Remai Modern on Oct. 5, it’ll mark a major milestone for Saskatchewan. Never before, I’m pretty sure, has an exhibition featuring more internationally renowned artists been held here.

Okay, enough name-dropping — outside of one last name, the person the collection is named after, Ileana Sonnabend.

Born in Bucharest just a month into World War I in October 1914, Ileana married Leo Castelli in 1932. After having a daughter, Nina, the couple moved to New York in the 1940s. Through a family connection to Russian-American painter John D. Graham, Ileana and Leo met many influential members of the city’s art scene which was then dominated by Abstract Expressionism.

In 1950, the couple curated a group exhibition of young European and American painters. While they eventually divorced, they remained friends. Castelli went on to become a prominent New York art dealer, and after remarrying to Michael Sonnabend (a Michelangelo scholar) Ileana opened a gallery in Paris in 1962. Nine years later, she opened a companion gallery in New York’s SoHo district.

SoHo was just transitioning from a rundown lower Manhattan neighbourhood to the heart of New York’s art world, so Ileana showed good judgment in locating her gallery there.

She was also ahead of the curve with the artists she recruited to show at her galleries, says Remai Modern curator Rose Bouthillier, who is part of the host committee for the show.

“There’s a quote where Ileana talks about wanting to take the unknown and make it familiar, or get to know it,” says Bouthillier. “For her, anytime she saw something she didn’t understand it was a signal that this was interesting.

“That sense of curiosity really drove her, and you see in the collection so many artists who went on to be really influential,” says Bouthillier. “She was in their studios before anyone else was showing them and had the foresight to say ‘There’s something here. I might not be able to understand it, but it’s important.’”

Through her ties to Europe and the United States, Ileana served as an important bridge between the two hubs of Western culture — helping American artists become better known in Europe, and vice versa.

“That was so important for the artists,” says Bouthillier. “Not only did it open up new markets for them, with new collectors to purchase their work and support their careers, it also enabled them to make connections with each other and see what everyone was doing. So it really was this incredible bridge that was being built.”

Ileana died in 2007, and there was a consolidation of the collection, with some work sold to pay estate taxes, and the remainder being divided between daughter Nina and adopted son Antonio Homem, who is the collection’s official custodian.

The Remai Modern exhibition has its roots in a 2016 show at the Serralves Museum in Portugal, says Bouthillier. “Our show includes some different works, and the Portugal show was in two parts whereas our show is all together. Every time the collection gets exhibited, the show is a little different, so the story evolves and the collection is seen in a new way.”

One challenge when looking at historical work is trying to imagine what it would’ve been like to see the art fresh when it was first made and displayed.

“At the time, the work would’ve been potentially startling to people,” says Bouthillier. “The idea, for instance, that a soup can, or a portrait of Marilyn Monroe, could be in a fine art gallery. Today, it’s familiar to us. But at the time it was blowing peoples’ minds. I think that’s a fascinating idea, to put yourself in different moments and think through what artists were doing that was so different than what came before.”

Ultimately, though, we are seeing the exhibition with contemporary eyes. And through that lens, the roster of artists seems somewhat incongruous. Of the 70 in the show, I counted five women — three working in partnership with male artists. The vast majority are of Euro-American background too.

That doesn’t detract from their greatness. But in the era represented by the collection, the art world was much less diverse than it is today. “I think that’s really important to keep in mind,” says Bouthillier. “This is one perspective that’s really grounded in one family’s collecting and dealing. There are thousands of stories to tell in contemporary art, and the Remai hopes to tell them all.”

That caveat aside, the exhibition offers a tremendous opportunity to see some wonderful art. This is the Sonnabend Collection’s first showing in Canada, and the 100-plus works offer a concise snapshot of art history in the U.S. and Europe from the late 1950s to the early 1990s — with a handful of works from the 2000s mixed in.

“Some of the movements were really parallel,” says Bouthillier. “There was Pop Art in America and Nouveau Realism in Europe. They’re very connected, but each has its own distinct sensibility. Same with Anti-Form and Arte Povera. It’s interesting to see the parallels, but also the differences in approach to materials and concept based on where the artists were located and the community they worked within.”

Art never operates in a vacuum. When the artists made these works, broader culture trends were in play. Those range from the Beat Generation of the 1950s through the Counterculture movement of the 1960s to the Reagan/Thatcher era of Wall/Fleet Street excess in the 1980s, when modern art prices skyrocketed.

“There are works in the show, like those by Sol LeWitt, where the artist is challenging the idea that art has to have a stable, physical location or be something you can hold in your hand,” says Bouthillier.

“So it really blew open the concept of what art could be and how it could be bought and sold. I think that’s one of the amazing things about Ileana. For a commercial gallery, you’d think maybe top of mind would be keeping the doors open and running your business. But she really embraced artists who were working in non-commercial ways and developing markets for them.”

At the other end of the art spectrum, there’s work that has the gloss of the high-end art market — most notably by American bad boy Jeff Koons. In the rarefied air of New York and London auction houses, works by artists like him sell for many millions of dollars.

“Some of our Art Appreciation workshops will look at that,” says Bouthillier. “The creation of value, the activity of collecting, the question of how an artist goes from working in obscurity in their studio to topping the auction sales — it’s a fascinating process that has so many factors related to power, representation, the socio-cultural lens the work is seen through.”

When I spoke with Bouthillier, the Remai Modern was just starting to uncrate the work and install it. Excitement was building.

“Exhibitions like this are one of the reasons the museum was built,” says Bouthillier. “It’s rare for work of this calibre and historical significance to be shown in Saskatchewan. So I’m just really excited for people to see the collection and think about what connects with them and feels important.”