This Space Epic Has Lots of Gravity 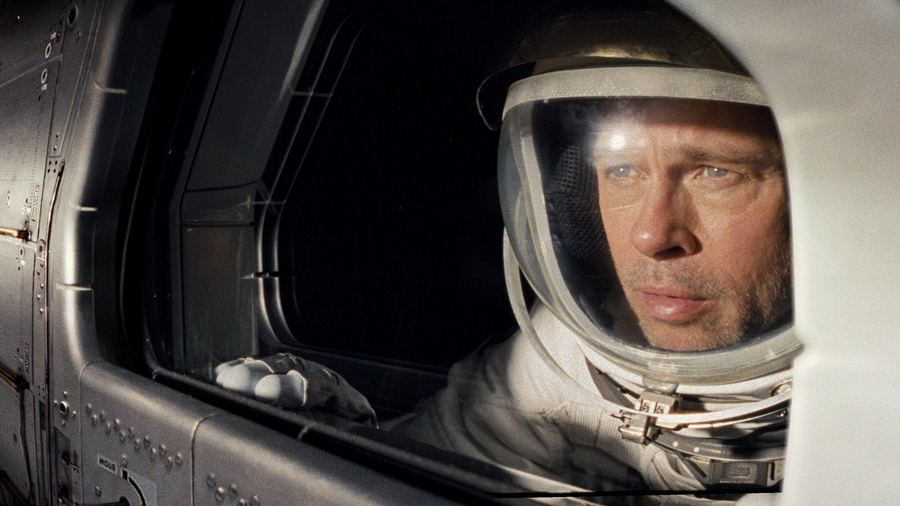 Hollywood’s default option when it comes to science-fiction films set in outer space is the space opera — with tons of melodrama, stock characters, and futuristic weapons and other technology.

Directed by James Gray (The Lost City of Z, We Own the Night), a superb filmmaker who has yet to be rewarded by commercial success, Ad Astra features elements of that sub-genre but is much more layered and contemplative than your typical space opera.

Don’t get me wrong. Ad Astra is not Solaris or (thankfully) High Life. It delivers tense, original action set pieces that create enough goodwill to deal with the deeper, darker aspects of the film.

Ad Astra takes place a century from now. Earth is enduring power surges from outer space that are causing destruction and death. NASA traces the surges back to an area near Neptune where the crew of a deep space probe, the Lima Project, disappeared three decades ago.

NASA recruits astronaut Roy McBride (Brad Pitt) to go to Mars, Earth’s farthest outpost, to try to communicate with the Lima Project in a covert operation. Not only is McBride hyper-competent and cool under pressure, he’s the son of Clifford McBride (Tommy Lee Jones), the commander of the doomed Lima Project expedition.

While the younger McBride appears unflappable, there is something brewing inside him. His efforts to remain even-tempered by bottling up every display of emotion have cost him dearly. His wife has left him, and he doesn’t have any friends or other human connections. Being a loner doesn’t seem to bother him. But the mission, which forces him to revisit his relationship with his dad, who basically abandoned him when he still was a teenager, may be his undoing.

Gray and co-writer Ethan Gross do a superb job of imagining a realistic future — one in which a settlement on the Moon is riddled by malls and pirates who skirmish over disputed territories to grab their natural resources. Every physical area where Ad Astra unfolds feels substantial and lived in. More impressively, outer space seems hostile and lethal — a key element most science-fiction films tend to ignore.

Ad Astra follows the classic man-on-a-mission pattern, and inspired a comparison, at least for me, to Saving Private Ryan with a dash of Apocalypse Now. In a subdued performance, Pitt combines competence and soulfulness. His character’s inner journey is all about realizing he can’t control what others do with their lives. He can, however, take charge of his own life.

Ultimately, Ad Astra is about personal responsibility, both as an individual, and as a member of the broader human community. The film links this belief to climate change, and the idea that no one gets a free pass on preventing further deterioration of our home planet.

For a movie so concerned with seeming believable, the science of Ad Astra doesn’t add up. All the travelling across the solar system seems too speedy, and it’s hard to believe one could fashion a propeller from a nuclear bomb safely. Check your sense of disbelief at the door, ingest some caffeine, and you should be good to go.