Edward Norton tackles corruption in a stylish, but convoluted drama 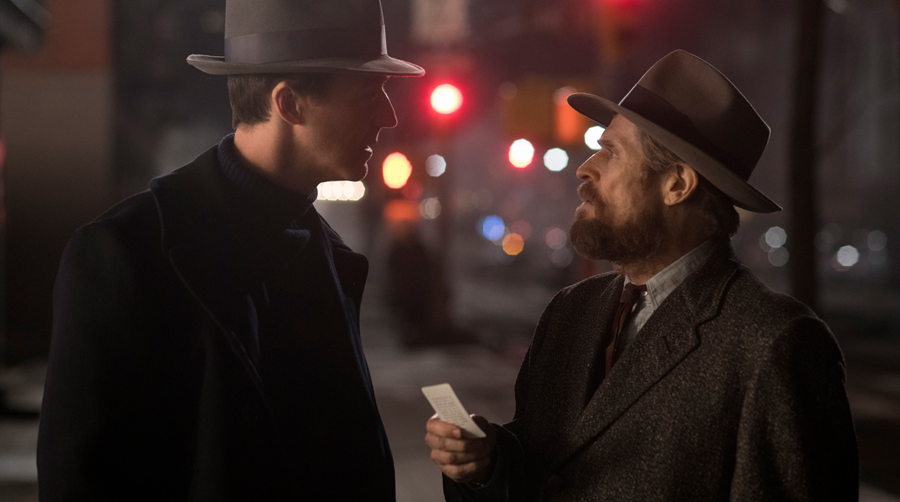 It’s a bit of a mystery how a movie like Motherless Brooklyn gets made and achieves wide distribution. Ostensibly a labour of love by Edward Norton (who wrote, produced, directed and starred, and probably did the catering), the film is dense and unwilling to compromise.

That said, there is a lot to like about Motherless Brooklyn. It’s the rare adult feature by Warner that’s wholly original (no, Joker doesn’t count). But considering how demanding it is, it’s stingy with its rewards. It asks to be measured against the obvious inspiration of Chinatown, yet comes up short. Where Chinatown is efficient and blunt, Motherless Brooklyn is sprawling and cluttered.

Loosely based on Jonathan Lethem’s 1999 novel of the same name, the movie unfolds in 1950s New York. Its heart and soul is Lionel Essrog (Norton, obviously), a sharp gumshoe with a crippling case of Tourette’s. All but written off by society, he’s rescued from oblivion by Frank Minna (Bruce Willis), a private detective with an eye for talent.

During a stakeout gone wrong, Minna is mortally wounded. He manages to share enough information with Essrog to send him on a quest that goes beyond finding the killer. Turns out, Minna had uncovered damaging information about real estate tycoon Moses Randolph (Alec Baldwin) who manages the city from the shadows. Not only that, an innocent woman (Gugu Mbatha-Raw) is now in Randolph’s crosshairs.

The setup is classic noir, but the film subverts what you think you know by acknowledging that power and money can thwart justice most of the time. Bogart would be clutching his pearls.

Norton’s track record isn’t perfect (see Collateral Beauty). But he has been involved in some of the most interesting films to come out of Hollywood in the last 20 years: American History X, Fight Club, Birdman, The 25th Hour.

The problem with Motherless Brooklyn is not lack of ambition or relevance. Moses Randolph seeks public office solely to further his interests and displace impoverished communities from soon-to-be-valuable land. And the dubious real estate deals of yesteryear set the table for today’s shortage of affordable housing and the emergence of *hurl* Donald Trump.

Sadly, Norton gets lost in the corruption rabbit hole. Even a shrewd viewer may struggle trying to figure out who is in cahoots with whom and for what. I had to draw a flowchart while watching the film (bad idea, it was dark). By the last 20 minutes I just stopped caring.

Even though Motherless Brooklyn fails to come together, there are individual elements that work. Norton’s emphasis on the story makes Essrog’s Tourette’s disappear in the background, a rare feat in the depiction of disability on screen.

The performances are uniformly strong — even good Bruce Willis shows up. But Alec Baldwin, who specializes in fat cats, is the standout. He channels the darker shades of a figure like Trump (callous, entitled, depraved) in a way he can’t with his Saturday Night Live caricature. His closing monologue is chilling, not because of what he has done, but the defiance of the delivery.

There is a good movie in Motherless Brooklyn buried under tons of plot. The moral of the story is that even labours of love need supervision to keep self-indulgence in check.