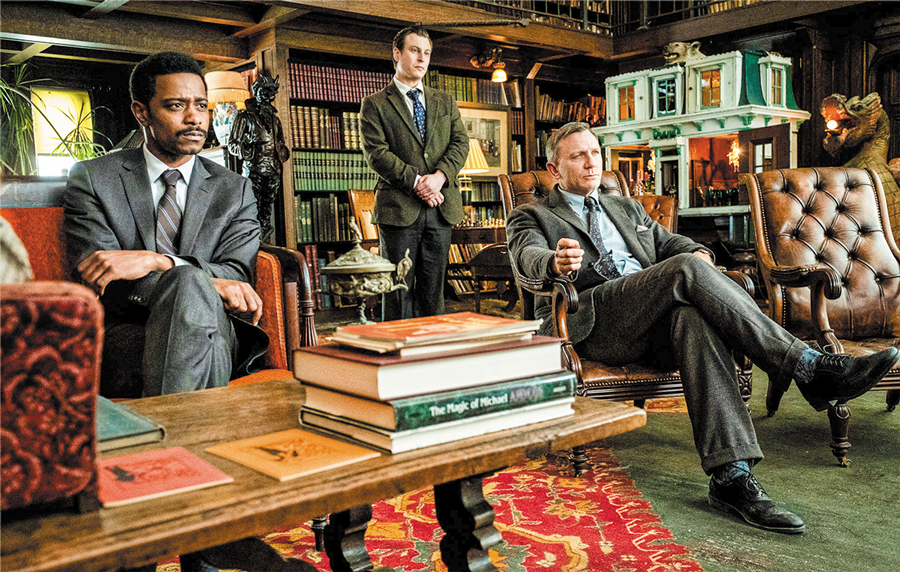 This Agatha Christie-style whodunit by Rian Johnson (Star Wars: The Last Jedi) revolves around a birthday party for Harlan Thrombey (Christopher Plummer), an octogenarian writer of mystery thrillers in the vein of James Patterson.

To celebrate his birthday, Harlan invites his extended family to gather at his secluded mansion. The evening ends with the author dead in his room, presumably by suicide. Problem is, Harlan loved life and most of the members of his family wanted him dead.

The de facto head of the investigation is Benoit Blanc (Daniel Craig), a colourful private detective with a knack for poking holes in alibis and rubbing the Thrombey family the wrong way.

Typical of the genre, Knives Out is light on substance and leans heavily on the twisty plot. As a side-effect, the characters are paper-thin. Craig, along with Chris Evans as a spoiled grandson (named Ransom Drysdale-Thrombey no less), take full advantage of this and devour the scenery, while the likes of Michael Shannon and LaKeith Stanfield seem wasted and adrift.

While Knives Out doesn’t have the weight of other Rian Johnson vehicles like Brick or Looper, one can tell the filmmaker is enjoying his time outside Star Wars. Given the level of toxicity Johnson had to put up with from disgruntled fanboys after The Last Jedi, it’s no wonder he appears loose.

There is some light social criticism of entitlement among the one-per cent, but no big take-outs. Just don’t be a dick, and the universe will reward you.