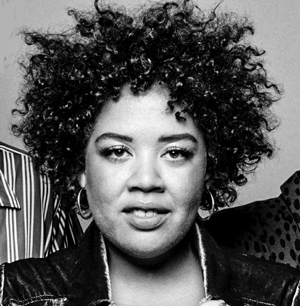 I’ve been listening to Coltrane’s music a lot lately. I’m intrigued by how she left the mainstream in the mid-1970s and started making music with her own Ashram and followers in California. The sounds and chanting just grabbed my ear. I like when repetition creates this warm feeling in the body.

This song is from Queen & Slim, a film directed by Melina Matsoukas with screenplay by Lena Waithe. I really loved this movie, and the music was so touching and felt pertinent to the storyline. Dev Hynes (Blood Orange) scored Q & S, and this song samples The Pharcyde’s “Runnin”.

This album came out late last year, and I think it’s a standout. There’s something to the tone of Angel Olsen’s voice and the stories told in her music that feels so real. I love the sound of strings played under someone with such a full voice.

This song seems tender, but also tough, and that’s something I gravitate towards as a songwriter. Apparently, she wrote the chorus while staying in Miami and looking out the windows, constantly seeing all the construction and quite literally cranes in the sky. I love how such a concrete observation could be the basis for such a vulnerable song.

This is not a song? I love this so much. I have listened to “Not” on repeat to try to get inside and understand it. I believe they recorded it live off the floor, and you can feel it. And hey, Obama put it on his 2019 year end playlist which is pretty cool.

This is a power anthem! It’s so fun. And I love to hear women singing about being empowered and walking away from what no longer works. It’s a fresh narrative for females and I think Dua Lipa makes us all want to dance and live our best lives.