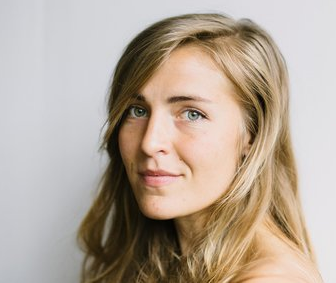 Ravel is one of my favourite composers. Growing up, I wanted to master this piece with my brother Nick, an amazing cellist who is no longer with us. It holds a deep, difficult and dear place in my music-mind.

I remember seeing Radiohead play this song in a big outdoor stadium in Vancouver while a flock of Canadian geese flew overhead. My knees buckled, and I just started weeping, like I was actually brimming over from the sensory richness of it all.

Bjork is another artist who has had unspeakable power in shaping me musically, so choosing just one track from her is devilishly hard. I love the string arrangements in “Joga”, and the lyrics are some of the most puzzling, deeply human and affective of any love song ever.

Lyrically, this is one of the most psychedelic and vivid songs I’ve ever heard. I know how this song smells, I know its temperature, the colours it moves through, the taste it has in my mouth, and I know how many decades pass when I listen to it from beginning to end.

I love the janky beat of this song and the effortless, unstrained way that Noname orates, especially when the content is so devastating. I’m really impressed and moved by the way Noname so naturally brings the personal and political together in her art form.

I’d be lying to everyone if I put together a list of songs that didn’t include something from The Cranberries. This was the first album I bought with my own money, and oh my god this song in particular transports me to a different, much lighter time in my life. Looking back on the lyrics, I’m so struck by how simple, unguarded and earnest they are. Nice to remember that the music I am moved by doesn’t have to be so heady all of the time.