Who Called The Doctor?

There are few second acts in American lives. Robert Downey Jr. is going for his third 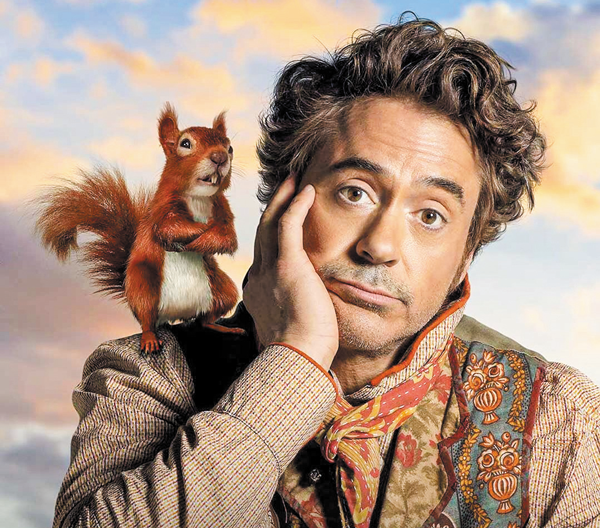 You’ve torched your Hollywood career to the ground, risen from the ashes to build the most profitable franchise ever and had your character killed off to save the universe. Where do you go now?

Robert Downey Jr., likely the only person in history to face that question, has made his choice: starring in an overproduced, overstuffed children’s adventure in which — to my surprise — he’s the weakest link.

This version of Dolittle is more Rex Harrison than Eddie Murphy, and if you’ve seen the infamous first incarnation, this is not a good thing. The son of a hunter and the daughter of Queen Victoria find themselves knocking at Dr. Dolittle’s door at the same time. The boy carries a wounded squirrel… that he mistakenly shot. The girl wants the physician to save her ill (poisoned?) mother.

They both are out of luck. Dolittle has become somewhat of a recluse following the disappearance of his wife Lily, who was in pursuit of the Eden Tree. The persistent children bring the doctor out of his funk and into an adventure that pits him against conspirators (Michael Sheen and Jim Broadbent), a tiger with mommy issues (Ralph Fiennes) and his former father-in-law (Antonio Banderas), who looks younger and more spry than the doc (I guess those years in the wilderness took a toll on Downey after all).

The film has “vanity project” written all over it. Downey not only stars, he and his wife Susan produced the whole affair. Why does it matter? Because the erstwhile Iron Man is not a great fit for the part: his Scottish accent is atrocious and distracting, and his performance is strangely fussy and mannered.

To say the talking animals come across as more likeable is a given, but even the sniveling antagonist, Dr. Mudfly (Sheen), seems better company.

Dolittle isn’t a train wreck. Director Stephen Gaghan (who is much more accomplished as a writer) has enough sense of story to keep the plot from derailing. The gimmick is simple — the Queen is sick, the only remedy is the fruit of the fateful Eden Tree — but it ties everything together and gives the whole project a sense of purpose.

While the human casting leaves something to be desired (the brilliant Jessie Buckley as a bed-ridden Queen Victoria? Total waste), the voices are top notch. Craig Robinson as a squirrel narrating the whole odyssey as his own Heart of Darkness is a hoot, as is Kumail Nanjiani as a catty ostrich.

Emma Thompson as a parrot/resident exposition source is solid, but doesn’t surpass her brilliant yeti from Missing Link. There’s something inherently funny about snarky animals.

While the film has been production-designed within an inch of its life, it lacks a compelling message. A kernel of one emerges towards the end: how do you go on when your life has been consumed by grief? The issue is barely explored and somehow the answer, “friends”, doesn’t cut it. Audiences have grown too sophisticated for lessons as puny as this one.