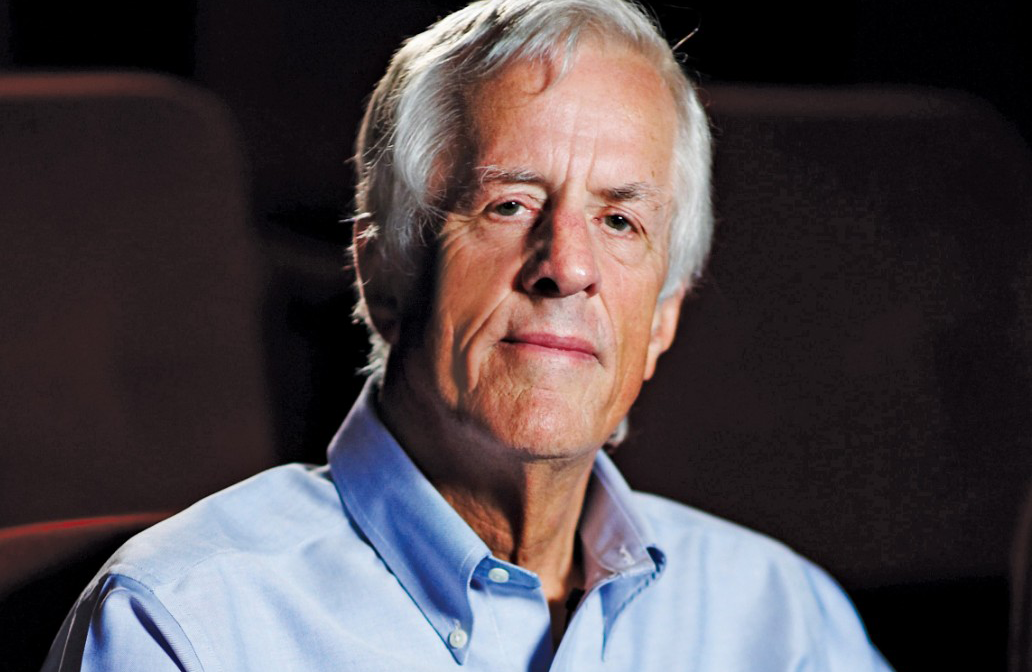 One of the absurdities of film journalism is having to agree to do an interview over the phone with someone who’s walking distance away. In this particular case, the prospect of talking to a proper filmmaker supersedes discomfort and oh-so-many interruptions, although one can’t help but thinking how much more information you could get in person.

The filmmaker in question is Michael Apted, director of the Bond film The World Is Not Enough, the WWII thriller Enigma, Gorillas in the Mist, Gorky Park and countless others. Despite his considerable filmography, his biggest contribution to the visual media is the Up saga, a series of documentary films that has followed a group of Brits since they were kids. Every seven years, Apted and his crew pays them a visit to record their transformation into adults and now, retirement-age boomers.

I talked to Michael Apted last October when he introduced 63 Up at the Vancouver Film Festival. Apted is very proud of his work: “It changed social history in England by showing — in a very dramatic way — how hideous the class system is.”

Apted calls it as he sees it.

Do you think participating in the Up series changed your subjects’ lives? Because from outside, it seems as if it hasn’t.

Early on, every time I had to make a new movie, I used to show up with pages and pages of notes, which blew their minds. I’ve learned since. I see them very infrequently between films, which I kind of like. I think I would go mad if I visited them every six months and watch their lives change and change again. One big session every seven years is the best for me and them. They don’t get fed up and have a lot to tell.

Knowing this group as long as you have, isn’t developing an emotional relationship with them unavoidable?

Absolutely. They’re not exactly my children but they’re in that category, even if I only see them a few days every seven years. I know what they don’t want to talk about, and I honour that.

Between 56 Up and 63 Up, the movie Boyhood came out. Did you recognize a kindred spirit?

Richard Linklater [Boyhood’s director] is a very nice man. As soon as he finished cutting Boyhood he demanded that I see it. I asked “why?” He replied, “because I don’t want to have copied you.” The truth is that you could make three million of these films because they’re about individuals. I told him to calm down, some of it was good, some of it wasn’t, it was nothing to be ashamed of. I said to him the point of it is to keep doing it.

What would we be surprised to learn about the Up series?

People love it, it gets incredibly good ratings everywhere it plays (Up is a TV series in the UK). We hit a nerve. What’s interesting is that it has been made in other parts of the world, but only three versions have worked: the UK, because the English class system is very easy to understand and very dramatic; Russia, because they always have a rope around their neck, they’re always on the edge; and South Africa. They have done very little to deal with the HIV epidemic. Going in, their version started with twelve people and by 21 Up: South Africa, the number is down to seven, the rest died of AIDS. It changed my opinion of Mandela, what was he doing?

Writer’s note: Apted is not wrong. South Africa still has some of the worst HIV rates in the world and didn’t have a serious public health strategy to deal with the AIDS epidemic until well into the 00’s.

Do you think a production like Up could be possible today?

The industry doesn’t have the discipline. You wouldn’t think of doing anything for 70 years or being able to count on it.

“My intention is to keep them all in the show for as long as I’m alive”, the 78-year-old Michael Apted wants you to know.

One can only hope Apted’s incredible experiment keeps on trucking.

What have we learned?

63 Up is a unique chapter in the series, in the sense that change — the saga’s ever-present element — is more often than not health-related. This is the first time Up has had to deal with one of its main subjects’ death.

Social mobility remains an illusion: Up makes sure we know that those born into relative poverty stayed there, except for Tony — the cab driver — who managed to squeeze into the middle class.

Like the rest of Great Britain, the Up subjects are divided between Remainers and Brexiteers (much to Apted’s dismay). Nick, the son of a farmer who grew up to become a professor, summarizes the situation perfectly: “People from the right schools run the country.”

The heart of the Up series, the troubled Neil (homeless by age 28, reinvented himself as a local politician), still can’t find stability. Separated from his wife, he’s become a lay preacher and he’s still at the mercy of mood swings. Of all the subjects, Neil is the one who has ended up the furthest away from his vivacious seven-year-old. He’s the exception to rule that kicked off the saga: “Give me a child until he is seven and I will give you the man.”