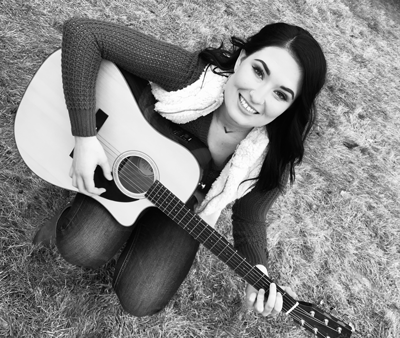 Karissa was born on a ranch near Minton in southern Saskatchewan. She’s a country artist with an EP and several singles, including “She’s Enough” (see YouTube for the video) and “Country Girls Love Rock N’ Roll”. On March 8, Karissa will perform at Telemiracle 44 in Regina. Here are six songs she considers favourites. /Gregory Beatty

Patsy is a legend! Her voice makes you feel something you’ve never felt before. I’ve always loved to sing this at my shows, especially when I perform at nursing homes where songs like these bring back such great memories.

I grew up listening to old rock ’n’ roll influenced by my dad. I’d sing this song word for word in the old Chevy truck with my Dad checking cows! I hope one day I’ll get my picture in Rolling Stone!

“Grandpa, tell me ’bout the good ole days” is something I wish I could ask. I’ve sung this song for so many special people who have left us far too soon. Afterwards, there’s not a dry eye in the room — including mine.

Who didn’t listen to this song growing up? Such a classic that gets you and your girls up dancing and singing! Shania Twain is a Canadian country icon who I’ve looked up to since I was a little girl!

This song came out just before I won Yorkton’s GX94 Star Search, and Jess had been a previous winner! Her story inspired me to follow my dreams and never give up. I’m so proud that someone from Saskatchewan has made such a huge impact in the country music world. I defiantly idolize Jess and all that she’s accomplished!

Carrie Underwood never disappoints. Her vocal range is something I strive to have and will always appreciate! This song sends a great message out to the world. I start my day with it to get me on the right track. If you’re ever feeling down, this is a must-listen-to song!