Museum and university collections grapple with the legacy of Indigenous relics 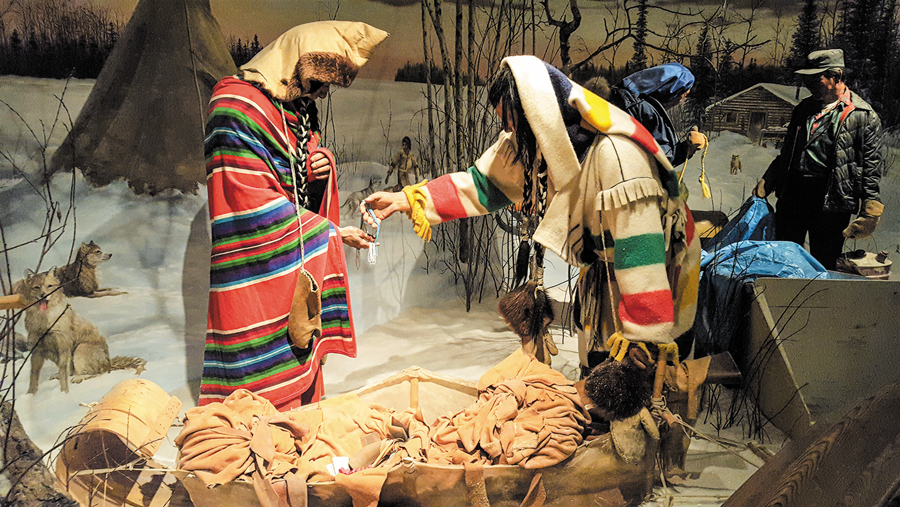 Anthropology and archaeology are usually focussed on the past. But when the University of Saskatchewan Department of Archaeology and Anthropology discussed marking its 50th anniversary in 2019, it decided to look to the future.

“We started thinking about where the department was heading,” says anthropologist Terence Clark. “We settled on reconciliation as a theme, as we think the whole discipline is headed in that direction. So we decided to look at what that means.”

Last year, the department held a series of lectures on reconciliation. This year, to keep the ball rolling, as Clark put it, it’s looking at the contentious issue of repatriation of historic artifacts and other cultural treasures — and how they might aid in reconciliation efforts.

As it happens, Clark’s department is involved in a repatriation case right now. The university has been asked to return a canoe it commissioned many years ago from a famous canoe-builder with Lac La Ronge Cree Nation.

“We have the canoe and are happy to return it,” says Clark. “We’re just doing some research now, and we’re hoping to have an event and screening of a film this spring that was made when the canoe was being built. Then we’ll return the canoe so they can display it in their cultural centre.”

Before that happens, the department is hosting a mini-symposium on repatriation. It opens with a talk by University of British Columbia Museum of Anthropology curator Susan Rowley on Jan. 30 at 7 p.m., and is followed by a panel discussion the next afternoon with Rowley, Clark and grad student Honey Constant, who has been working at Wanuskewin Heritage Park.

“To the victor go the spoils” is a familiar saying that dates back to the early 19th century. But since the dawn of human conflict, raiding parties and armies have plundered the people and territories they’ve fought against.

Beginning in the 1500s, though, Europe took this practice to a whole new level, with imperial powers great and small spreading their tentacles pretty much everywhere in the world from Australia and the Americas to Africa, the Middle East and south-east Asia.

Visit major museums in many European cities today and you’ll see hordes of artifacts and other treasures that were taken from “the colonies”. They’ve long been a source of nationalist pride (and tourism dollars) for European powers, but increasingly the nations that produced them are demanding their return.

Canada may be relatively young — at least compared to Europe — but we have a pretty extensive history of collecting ourselves, says Clark.

“The Geological Survey of Canada, which is older than Canada itself, was an early collector of artifacts,” says Clark. “Those objects formed the foundation of the Canadian Museum of History collection. Some are very old, but the museum still collects today. With the archaeological material, it may have been dug anywhere from 1900 to the 1960s — but it could be thousands of years old.”

Even when collecting was done for science — as opposed to outright plunder — there were ties to the broader colonial project, with scientists seeking to document cultures they expected to “vanish” as waves of settlers swept over their lands.

“Anthropology, as a discipline, was born during that time, and early on, that’s what it was about,” says Clark. “It was seen as ‘these cultures are dying out’, so we should record them and collect their material culture, even dig up their ancestors, and try to figure out everything we can about them before they’re all gone.”

The 2007 U.N. Declaration on the Rights of Indigenous Peoples recognizes repatriation as a key part of reconciliation.

“The way museum collections were amassed varied considerably,” he says. “Some did involve conquest of colonial lands where things were taken without permission. Museums around the world also have human remains that were excavated archaeologically — often with little or no permission.”

With human remains, says Clark, the case is clear: “Museums, universities and researchers know they need to go back. But we want to return them to the proper community. So we have to do research to figure out where they came from, and whether the descendants are still there, or have there been historic movements so that the remains might relate to different modern communities.”

Sacred objects are another obvious choice for repatriation. But again, you have to do the research to ensure the object is returned to the right community, and maybe even the right family.

“Other objects, though, are a bit more difficult as some were legally purchased by museums,” says Clark. “We need to do research to see whether the objects were taken without permission, or people were coerced into giving them away. But if they were paid for — and some objects were made directly for sale to museums — then it becomes more complicated.”

Just as museums and universities have had to do some soul-searching about their role in colonization, anthropologists and archaeologists have had to rethink their disciplines too, says Clark.

“Our reconciliation statement last year addressed that. Yes, the disciplines are a product of colonialism, but we’ve moved beyond that.

“We just don’t go and dig anywhere, we need permission,” Clark says. “And when we dig things up, they don’t belong to us. We may bring them to the university to analyze, but this is not the repository for that material. It needs to go to a provincial museum or back to the nation where it came from.”

The process of obtaining permission starts long before the first trowel hits the ground, says Clark.

“What reconciliation is all about is getting informed consent, so for me that means I have to approach a nation and say ‘Okay, I want to do this. Do you want to do it too? And if you do, what kind of research questions are you interested in?’

“I apply for grants with the nation I work with, we do the research together, we publish articles together, so it’s much more inclusive than before,” says Clark.

As with a lot of reconciliation files, governments in Canada (both federal and provincial) talk a pretty good repatriation game, says Clark.

But to make meaningful progress, more resources are needed.

“The biggest issue is capacity,” says Clark. “The way it’s set up now, researchers who want to do reconciliation can often be burdensome to communities. If they don’t have the budget and staff, then we’re kind of an annoyance because there’s no funding from the government to help them with this.”

Clark has worked recently with the shíshálh Nation on B.C.’s Sunshine Coast. They have the capacity to collaborate with him and his students, but many other nations do not.

Despite the problematic optics of how many Indigenous collections were assembled, Clark thinks it’s still important to have Indigenous history and culture represented in mainstream museums.

And in recent decades, many institutions — including the Royal Saskatchewan Museum in Regina — have begun developing Indigenous exhibits in collaboration with First Nations and Métis people.

“It can be a point of pride for the nation to have their stories told, so I think those partnerships are really important and probably the future,” says Clark.

The exhibits can also aid in public education, he adds.

“I think a lot of people in Saskatchewan don’t understand the time depth here. Indigenous people have been here for a very long time, and they lived everywhere. So wherever you walk in the province, someone has already walked before you.

“It’s every bit as rich as talking about the pyramids in Egypt or whatever else,” says Clark. “We just take it for granted that people were here. But I think we should really invest in learning their stories.”