The League of Sub‑Average Gentlemen 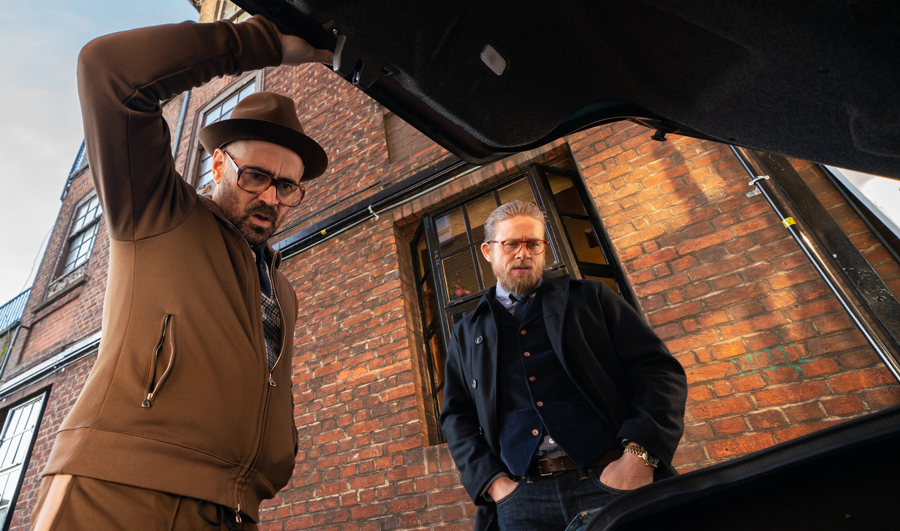 The British gangster subgenre reached its peak 40 years ago with a lean, mean ditty called The Long Good Friday. Bob Hoskins plays a criminal whose dreams of going legit go up in smoke when his operation is attacked on the same day he’s to sign a lucrative real estate deal. If you only know Hoskins from Who Framed Roger Rabbit?, you’re in for a treat: he’s menacing, compelling and you’ll find yourself rooting for him, even though he’s a piece of work.

You must be thinking, “but Jorge, I thought this review was about The Gentlemen.” I’m getting there. Director Guy Ritchie reveres movies like The Long Good Friday (see Snatch, RocknRolla, Lock, Stock and Two Smoking Barrels), but he’s never been so bold he’ll “freely borrow” from his inspiration. Until now.

The Gentlemen is a facsimile, multiple times over. It has all the elements of a Guy Ritchie movie (star-studded cast, a token American, casual racism, sporadic bursts of violence), but it doesn’t reach the heights of his best work. It also doesn’t just use The Long Good Friday’s plot: it swipes whole scenes, including the superb ending. The comparison is damning.

In the Hoskins role we find Mickey (Matthew McConaughey). The U.K.’s kingpin of pot, Mickey controls every echelon of his production system from grow-ops to distribution. Tired of the gangster game, the entrepreneur is contemplating selling his empire. Mickey has two bids, one from a Jewish billionaire (Jeremy Strong, Succession) and another from a criminal hotshot (Henry Golding, trying to break out of the nice-guy niche). One of them is a lot more civilized than the other.

Mickey’s plans hit a snag when one of his production plants is hit by a group of hooligans. With so many rivals and underlings who see his decision to sell as a sign of weakness, it’s hard for the mobster to figure out where is the threat coming from (actually, it’s not. It’s quite obvious).

One of Guy Ritchie’s many quirks is playing with chronology, just for kicks (he’s no Christopher Nolan). The already cumbersome story is told in flashback and second-hand via a private investigator (Hugh Grant) hired by a Daily Mail-type paper to look for dirt on Mickey. The unreliable narrator leads to a number of supposedly entertaining fake-outs that become grating very quickly.

It’s not nearly as entertaining as his work before the big studio gigs (Aladdin, the Sherlock Holmes saga), but there are some classic Ritchie gimmicks that can’t help but work: Eddie Marsan’s Piers Morgan riff hits the spot, same with Colin Farrell as the boxing coach coerced into doing Mickey’s bidding to protect his students. Farrell’s tweed tracksuits are dreamy.

There’s an edge in the depiction of the tabloid press. Both Marsan and Hugh Grant’s characters are unprincipled hustlers more focused on pocketing money than serving the public. This hardly ground-breaking statement about the British media doesn’t make up for a plagiarized, by-the-numbers flick, but at least it shows that Guy Ritchie, the rabble-rouser, isn’t gone. He just needs to learn more tricks.