It’s Harley Quinn Vs. Codependence In Another Weak DCU Film 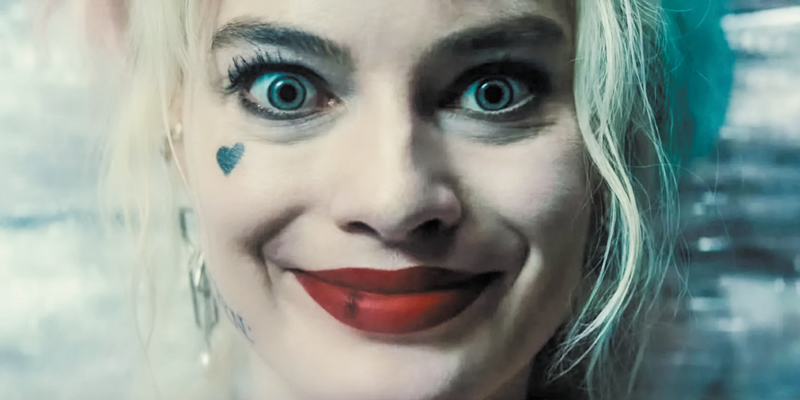 On paper, Birds of Prey should have been much better than Suicide Squad, the movie that launched the current incarnation of Harley Quinn, particularly considering how good a fit Margot Robbie and the character are (Anthony Perkins as Norman Bates comes to mind). No sharing the spotlight with a bunch of angry dudes! This should’ve been the perfect showcase for the happy-go-lucky psychopath.

But Birds of Prey botches the, erm, execution. So okay, yes, it’s better than Suicide Squad. What isn’t?

Let’s break it down.

PERFUNCTORY PLOT Harley Quinn becomes the reluctant protector of a young thief who stole a diamond from a mobster (Ewan McGregor, here for the paycheque). But Harley needs help. Enter the team: a disenchanted police detective (Rosie Perez), an heiress with a crossbow (Mary Elizabeth Winstead) and a singer who’s really good at hitting high notes (Jurnee Smollett-Bell). Banter and battles ensue. That’s about it.

BIRDS OF QUINN Wasn’t this going to be an ensemble movie? Birds of Prey digs into Harley’s psychology: her co-dependent relationship with the Joker (who’s never seen), her rampant id and the realization that living life by flying by the seat of her pants is not sustainable, but the rest of the flock are one-dimensional. They each have one or two personality traits each, tops, and that’s generously counting “has a crossbow” as personality. Whenever Robbie isn’t on screen, the movie suffers. Incidentally, Warner says the movie is now called Harley Quinn: Birds Of Prey. Do we need to point out that changing a movie’s title days after release is pathetic? Apparently we do.

THE ACTION SCENES ARE UNINSPIRED (EXCEPT ONE) There are many scuffles in the film. Most are forgettable. Just as I was ready to give up, director Cathy Yan stages a Sion Sono-worthy all-out melee in a fun house. It’s bizarre, unpredictable and violent. If only the rest of the movie had been like it (I mean, if you’re getting an “R” rating regardless, don’t pull your punches).

THE MEN THING Birds of Prey doesn’t have a single redeemable male character. The closest to a good dude in this movie is a short-order cook who makes breakfast sandwiches with expired ingredients. I get it, men have been the center of the movie universe for too long and a market correction is in order. But Birds Of Prey feels like posturing — woke for woke sake. It’s cynical and insincere as well as weak filmmaking.

THE DC WHO? There’s nothing about Birds of Prey that remotely resembles the aesthetic of Suicide Squad, let alone Batman v Superman. Fine, we’re all trying to forget about it (except the “release the Snyder cut” crowd) but, why refer to it? No idea why Warner wants to maintain the illusion DCU are interconnected, however loosely. It’s like no one is in charge and nobody knows what they’re doing. Oh wait.

WHY IS ALI WONG IN THIS MOVIE? As seen in Always Be My Maybe, Ali Wong is compelling. Here she’s a glorified extra. She’s completely wasted. Boo! Honorary mention: Chris Messina. Way too pleasantly good-looking to pass for a supervillain who cuts himself.

AT LEAST THE RUNTIME IS APPROPRIATE One hour, 49 minutes. Very civilized.