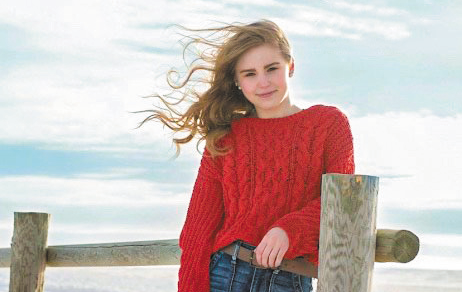 This song is one of my earliest musical memories. Listening to it on repeat, likely hundreds of times, had to have some bearing on my decision to pursue a career in country music! Shania Twain is just one of the strong Canadian female role models I’m fortunate to have in my career.

Somewhere buried deep in a cupboard at my parents’ place is a video of three-year old me “singing” this song word for word. I’m told I was the type of kid who would happily perform on demand, and the response I got when I did this probably started my love of the limelight!

The way Taylor Swift markets herself and how she continues to engage her fans are, for me, like studying a “how-to” video! When I carry out social media campaigns or music releases, I often think about how she would manage it and that gives me some direction.

Being in the music industry is like riding a roller coaster. There are exhilarating highs and difficult lows. “Where they said I’d never be is exactly where I am” is a lyric from this song, and it’s kept me going on more than one occasion.

Anytime I would go on road trips with my dad, the radio station would always be on the ’70s channel. This is the first Elton John song I ever heard and I’ve loved it ever since. In October I had the privilege of seeing him live and it was by far the best concert I’ve ever been to!

Tenille Arts is Saskatchewan-raised, just like me, and one of the most amazing singers I’ve ever heard. I’ve learned covers of many of her songs but this is by far my favourite. I actually learned the guitar by watching a video of Tenille playing this song live. The way the guitar works with the melody line makes it simply beautiful.