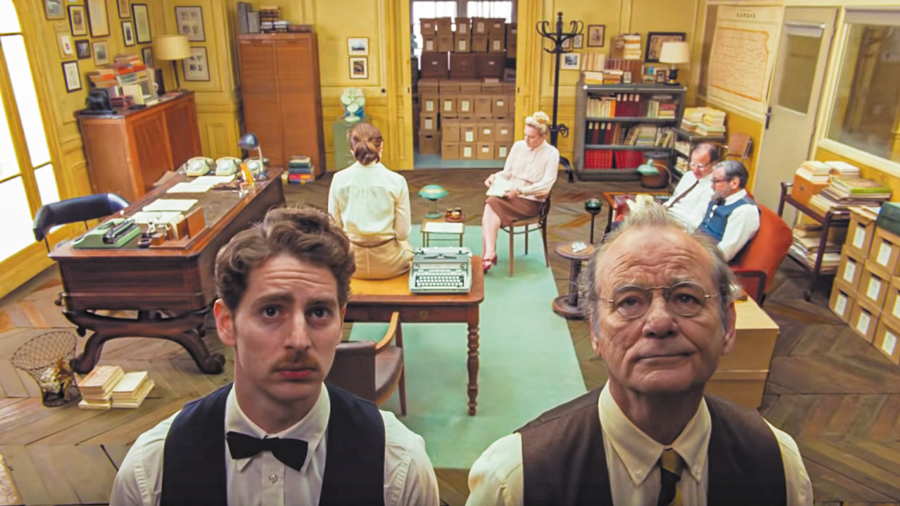 Wes Anderson’s “The French Dispatch” is just one of the many films bumped back by COVID-19. Look for it later this year.

Even though there’s no end in sight to the COVID-19 pandemic, I’m positive audiences will return to movie theatres the moment they reopen. They did after 9/11 and the shooting in Aurora, Colorado. But that’s not the issue.

Theatres’ profit margins are famously thin and their leverage over studios and distributors — already weakened by streaming services — may hit a new low when they reoapen. So, even though the future is unknowable, a worldwide health emergency is still raging and U.S. President Numbnuts might get millions killed by forcing the economy to reopen too soon, there are a few things we can reasonably predict for cinemas everywhere.

THE THEATRICAL WINDOW WILL NARROW EVEN FURTHER  In the past when studios floated the idea of opening movies in theatres and VOD simultaneously, they faced vigorous opposition from theatre owners. But without venues to show their product, the bigger players in the business have charged ahead and made films like The Invisible Man and Bloodshot available on digital download within weeks of their theatre debuts. This is bad news for exhibitors that have coasted on exclusivity, but it’s great for families who are more likely to rent a new movie for $20 than spend $50-plus on a trip to the theatre. And I’m okay watching Trolls: World Tour and My Spy from my couch.

PEOPLE WILL RETURN, BUT NOT ALL OF THEM  At least in the immediate future, theatres can expect smaller audiences. Falling revenue will be felt all the way up, meaning studios are less likely to invest fortunes on a single feature even if it’s a proven commodity (Wonder Woman 1984 was pushed all the way to August while Black Widow was bumped to Nov. 6). Sure, there are pricey franchise entries waiting on the wings (Avatar 2, Fast 9), but expect sensibly budgeted productions to be the norm for a few years.

GET YOUR GEAR  Masks and gloves may not become mandatory but you can bet I’ll be using them.

BEST CASE SCENARIO: PARTIAL REOPENING BY JULY  Two months after COVID-19 peaked, Chinese cinemas started to reopen (500 out of 70,000) only to close again following a spike in infections a week later. With studios loaded with high-profile productions and theatres strapped for cash, one can foresee a scenario in which some venues may welcome audiences by mid-July. But never mind that some states across the border are reopening their economies — the big chains won’t follow unless there’s fresh product to put out. So far, only Tenet (7/17) and Mulan (7/24) are sticking to their July dates. Don’t expect Christopher Nolan to allow a movie of his to go on-demand. The man is a purist.

DRIVE-INS ARE BACK  Controlled environment (your car)? Check. Theatrical experience (to a degree)? Check. Drive-ins will be the unexpected beneficiaries of the current epidemic. They offer the (illusion of) safety moviegoers crave.

SMALL IS BEAUTIFUL  Indie theatres are the most at risk. Support them if you can.