Memoirs Of The Non-Neurotypical 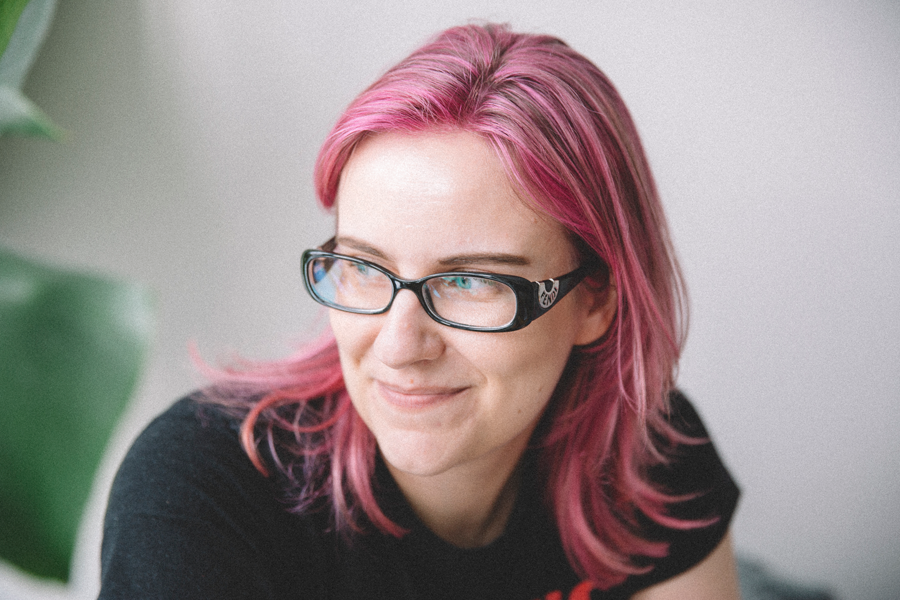 For all the groups that define themselves as advocates for the autistic community, there’s one voice that’s noticeably quiet: the one of autistics themselves.

Sarah Kurchak is helping correct that. Kurchak was diagnosed with autism at 27. A music and film journalist by trade, she did what she does best with information: she wrote about it, along with the many damaging misconceptions neurotypicals have of autistic individuals and the absurdity of linking vaccines to the condition.

Her first book, I Overcame My Autism and All I Got Was this Lousy Anxiety Disorder, tackles these and other pressing issues. Kurchak frames it as a 15-step “program”. The gist is that it’s tailored to her (the first step is “Be born to Jane and Dan Kurchak”). Also, the plan doesn’t actually work because autism isn’t something you “solve” or “heal”.

Sarah uses her experiences to make larger points about the diversity of autistic people, along with the coping and masking, the illusion of “high-functioning” autistics and the inadequacies of behavioural therapy. Her stories range from hilarious (her days as professional pillow fighter) to heartbreaking (the merciless bullying she endured in school) to idiosyncratic (her fascination with The Man from U.N.C.L.E — the series, not the movie).

Full disclosure: Sarah Kurchak is a good friend. We met at the Toronto Film Critics fiesta the night before TIFF started in 2013. We were both terrible at mingling, so rather than continue awkwardly casing the joint we started talking. Since then, we’ve crashed multiple parties and been blocked on Twitter by William Shatner. My friendship with Sarah has been one of my life’s most enriching experiences and I believe you can get a sense of how great she is by reading her book.

I spoke with Sarah recently for Planet S. This interview has been lightly edited for clarity.

You’ve given a lot of interviews to promote your book. What do your interviewers get most hung up on?

There are two things. Anytime people want to add levity to the conversation, they bring up pillow fighting, which I should have guessed. There’s also a strong interest in romance and relationships. Some of that comes from nervous parents and family members, who want to believe that’s possible.

Your book doesn’t over-rely on anecdotes like most autobiographies but uses them as departure points. When did you pick this approach?

Very early. I never thought I was interesting enough to merit a memoir, but it’s such a rare opportunity I was given I couldn’t just focus on myself. My goal was that anyone who wanted a bit of voyeurism wouldn’t be left with just one story, but nudged in different directions, and someone with slightly less voyeuristic interests would have other material to chew on. And autistic people — that audience is extremely important to me — wouldn’t be stuck with the story of just one white girl.

Have you encountered people taking the title of your book (I Overcame My Autism and All I Got Was this Lousy Anxiety Disorder) at face value?

Yes. The publisher even designed a mock-up of the cover with ironic quotations around “overcame”. I decided to go as is and deal with the fallout later, to keep things in line with my voice a bit more. The one thing I should have taken into consideration is that when you move beyond disability social circles, the word “overcome” doesn’t have the same connotation.  We use the word among ourselves ironically because we’re so over the idea of inspiration-porn. I didn’t realize how little people outside our bubble had caught on.

What did you learn?

The one thing I’m fixated on is that the movie my parents were watching when my mom’s water broke was Zardoz. I was legit really into Zardoz in my teens and I don’t know how they let me coast through that phase without properly explaining my origin story. I feel I’d discussed everything with my parents and yet there was this minor, but still life-changing revelation that came at the very last minute.

One of Sarah’s concerns for the autistic community during the pandemic is food scarcity. “Often, people with limited diets don’t always have access to the few foods they can have, and can’t afford to stockpile,” she says.

Another is special needs not being addressed.

“Even though everyone is suffering, there are unique ways autistic people are struggling. A young autistic woman couldn’t find the one hand soap she could handle without triggering sensory issues. She was desperate since she needed to wash her hands more often.”

I know you’re ambivalent about being a voice for the autistic community. Have you made peace with that?

Not really. That disclaimer in the front of the book (Sarah wishes to be a voice in a greater conversation, not the voice) is about half as long as the one I wanted to write. I don’t think I’m necessarily a good voice or know if I’m in a good enough headspace, with enough executive function to properly source other autistic voices.

What was your rule on disclosing personal stories?

My only hard line was the poop one. It was symbolic. There have been so many demands from autistic parents to explain my toilet training to prove I was not like their child, I had to keep a steady line.

The one thing that surprised me while writing was Aaron [Sarah’s husband] was like, “write anything you want” and I found that I didn’t want to get into details of our relationship. Not that I was ashamed or I wanted to keep it private, but I didn’t feel like leaving it open to the speculation of people who didn’t know me. No, screw you. That part is mine.

Sarah only signed with a literary agent two years ago. So the book is a quick turnaround in publishing terms.

“I’m a laboured writer, so just hitting the number of words I needed each day was hard,” says Kurchak. “Also, I was really blasé about how easy it was going to be to recount childhood trauma. The intensity was one thing, but the pace I had to churn it out burned me out.”

This is not to say Sarah doesn’t have other things she wants to write. First is the autistic sex comedy she hints at in the book. She would also like to write about fitness, a field where she tried to find some economic stability. “The industry has the capacity to help people, yet it’s wasted on making them feel worse to extract more money,” she says.

“Whatever I do next, it needs to have fewer bloodletting personal anecdotes of autistic nature.”

Do you feel you achieved everything you set up to accomplish writing this book?

Not even close. A part of me always thought this would be my only book, but as I watch the entire publishing industry die, I don’t think I would feel satisfied if this is the only statement I get to make. Maybe I accomplished 10 per cent. If autistic people see value in it that would be amazing, but I would always focus on what else I could’ve done for me and for my people.

As a neurotypical person, I’ve a hard time imagining what the remaining 90 per cent would be.

If I had more time, I could’ve interviewed autistic people instead of using sources, but that’s another book entirely. There’s such a chasm between what has been said about autism and what needs to be said. Granted, one person can’t bridge that and also shouldn’t, given that there’s too many of us with diverse backgrounds and identities. But it weighs on me that anything I could have produced is a drop in a bucket.

You talk extensively about your closeness with your parents. How difficult have the last couple months of quarantine been for you?

I’m struggling in all fronts. I’m a bit helped by having really strong autistic inertia, so on one level, I’m like, it has always been this way. I’m still texting my mom every day and sending my dad cat photos. But anytime I look at the bigger picture and think of how long it may be before I see them, I spiral pretty quickly and I want my mommy.