The claustrophobic isolation practically oozes in this solid but redundant chiller 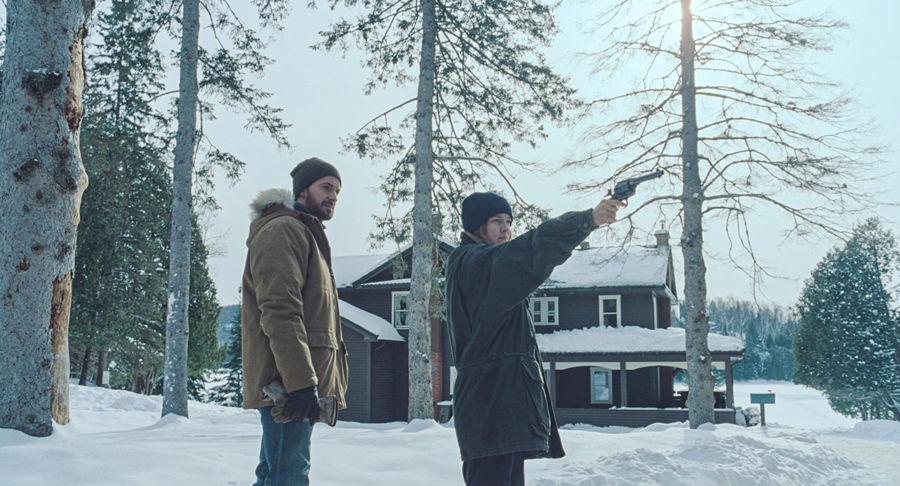 The Lodge
VOD
Opens May 19

Every so often a critic takes a film under their wing, telling everyone they know to see it and rooting for as many people as possible to discover it. For me, one movie was Goodnight Mommy, a 2015 feel-bad Austrian horror flick where two mischievous nine-year-old twin boys suspect their mom has been replaced by an alien after she has cosmetic surgery on her face. Body horror, twists and general weirdness combine to create a truly unsettling experience.

As usually happens with European auteurs who achieve some notoriety, Goodnight Mommy’s directors (Severin Fiala and Veronika Franz) are now giving Hollywood a try. The result is The Lodge, a competent chiller with perhaps too many similarities to the movie that put them on the map.

Things escalate when the clueless father surprises his kids by bringing his girlfriend along to their winter cottage. Grace (Riley Keough) is a mentally fragile woman — the sole survivor of a Jonestown-like mass suicide.

Dad heads back to the city because of business, oblivious to the powder keg he’s leaving behind. Two sullen kids with too much time on their hands, a brittle lady who turns to religion in the face of adversity and an isolated cabin in the dead of winter. What could possibly go wrong?

Strange events begin to happen that seem to conspire against Grace’s sanity. Could it be the children? Grace herself? Or are other forces at work?

Franz and Fiala keep the audience guessing longer than you’d expect. Instead of providing relief, the resolution leads to a more overt kind of horror. The setting (northern Quebec standing in for Massachusetts) provides both a claustrophobic atmosphere and sense of utter isolation, which adds to the tension.

As substantial as The Lodge is, I worry Fiala and Franz are simply treading water, having explored children’s potential for mischief already, and better, in Goodbye Mommy. The reveal that Grace was in a cult, coupled with the mother’s suicide and the nightmarish setting, feels like overkill. It gets the job done, but doesn’t push the filmmakers’ forward creatively.

Keough (Logan Lucky) bears the heaviest load. Her descent into madness is very affecting — so much so, one roots for her rather than the brats, I mean children. Her main foil, the teenage son Aidan, has a blank expression that makes him impossible to read and kind of terrifying. Alicia Silverstone has a brief but memorable role as the mom. I’ll just say this: I didn’t know she had it in her.

I recognize The Lodge is an odd recommendation when a good chunk of the population is battling cabin fever. But you can approach it as a cautionary tale. A little personal space goes a long way.