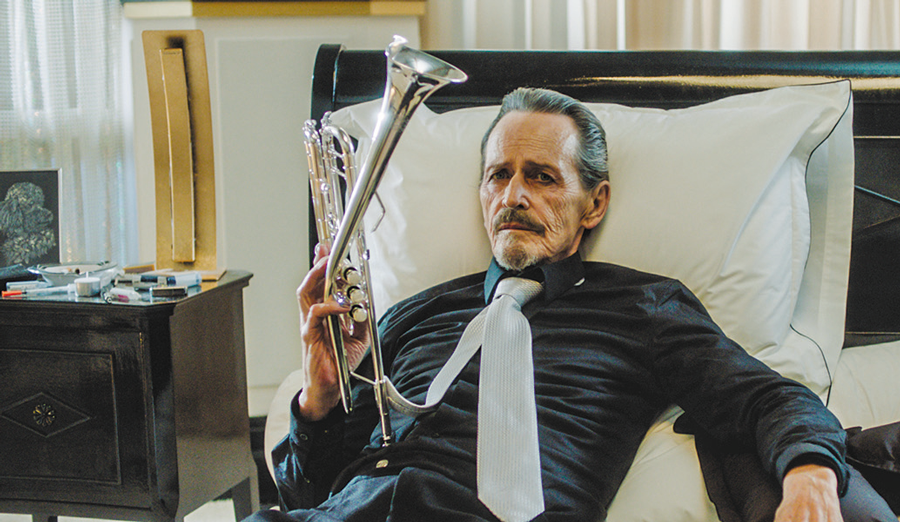 None of them compare to Bruce McDonald and Stephen McHattie’s prolific relationship.

The pair has been working together, on-and-off, for two decades. They met on the set of Emily of New Moon in P.E.I., a show in which McHattie was a regular and McDonald was invited to direct. “It’s hard to explain ‘why’ when you develop a friendship,” says the actor. “It’s rare when two people understand each other. It was one of those delightful accidents.”

McHattie has been involved in nearly every Bruce McDonald movie ever since, from cameos to starring roles. By most accounts, the finest hour of the partnership was Pontypool (2008), a horror film that became a Canadian cult classic. McHattie as shock jock Grant Mazzy made a huge impression, same as the notion language can transform normal people into flesh-eating maniacs. As allegories go, it’s a pretty decent one.

The same team is now back with a sequel of sorts, Dreamland, featuring the Pontypool leads as different characters: Johnny Deadeyes (McHattie) and Lisa the Killer (Lisa Houle, McHattie’s wife), two shady types looking for adventure. They got together periodically with Pontypool writer Tony Burgess, shaping Dreamland’s scenes and characters every couple of months over nearly three years.

McHattie pulls double duty as Johnny and a drug-addled trumpet player known as The Maestro. Johnny is a hired gun for a local gangster named Hercules (Henry Rollins), owner of the seediest bar in the city. Hercules plans to start catering to pedophiles, not what Johnny signed up for. Meanwhile, a couple of blocks away, The Maestro prepares to play at the lush wedding of a vampire and his underage bride. Their stories are bound to intersect, violently.

McHattie acknowledges he doesn’t like bloody things, but he’s willing to take on characters he finds common ground with: “Nothing should be outside of a possible human experience.”

The thespian’s affinity for Chet Baker (he portrayed him in a short and later played his dad in Born to Be Blue) helped shape both characters in Dreamland. “Chet was a tender player, but there was a side of him that was absolute cowboy,” he says.

Towards the end of the movie, McHattie even performs a song — “I save the world today” — the way Chet Baker would: flat delivery with a remarkable pitch.

For a performer so often involved with extreme characters, Stephen McHattie is unassuming. I don’t believe in stereotypes but you could actually guess McHattie is from Nova Scotia without knowing anything about him.

A textbook journeyman (you don’t accumulate over 200 credits in IMDb by staying home) McHattie has been taken aback by the COVID-19 shutdown. “It’s horrible”, says the actor, who acknowledges a couple of projects got cancelled because of the pandemic. “They’re going to try to pick up again in the fall, but who knows. It’s hard to keep money together.”

Of all the movies and TV shows McHattie has participated in, he thinks of Pontypool as his most underrated work, never mind the film’s considerable legs. “We shot it on the basement of a church in Toronto with very little money. It still found an audience.”

“The distribution game is so rigged against us, it’s a difficult job to get some attention.”

Bruce McDonald isn’t the only filmmaker to find Stephen McHattie a captivating screen presence. American auteurs have sought him out, often: Zach Snyder used McHattie in pivotal roles in 300 and Watchmen. Darren Aronofsky hired him to play intense religious men — a great inquisitor in The Fountain and the head zealot in Mother!

McHattie has a vague idea why these iconoclastic directors go to him repeatedly. “They all leave actors alone,” he says. “Other than that, I don’t have a clue.”

I ask him about Mother!, my favorite of the bunch.

“It was a trip to make,” he says. “We were all stuck on the set with hundreds of people. Darren put a lot of work into directing the crowd scenes and it really paid off, I was knocked out by his ability to individualize 400 people.”

As someone who moves seamlessly from big to small productions, McHattie acknowledges a degree of whiplash. “It’s like winter and summer,” he says. “In the middle of one, you wish you were in the other. But I like the variety. Usually on the big ones the directors are in video village and only come down when they absolutely have to. It’s more remote and exacting.

“Now big movies have gone into comic-book-land and it’s hard to find things worth doing.”

I remind McHattie he actually played a comic book hero, the original Nite Owl in Watchmen (“that was cool!”). The connection with Zach Snyder however didn’t translate into McHattie joining the DC-cinematic universe.

“He had a whim that he would put me in the Superman movie, but that went nowhere. I haven’t heard from him since.”