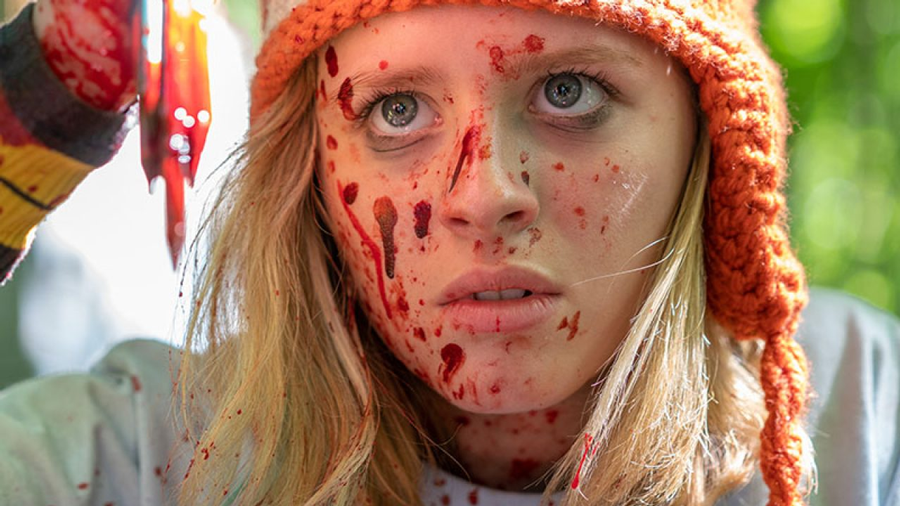 Directed by Jonathan Milott and Cary Murnion, Becky inspires comparisons with the 1990 Macaulay Culkin classic Home Alone. Except instead of being a comedy, it’s a straight up thriller.

The Becky of the title (Lulu Wilson, Sharp Objects) is a rather unpleasant 13-year-old still reeling from her mom’s death to cancer. Her father (Joel McHale) has moved on, and is angling to start over with his girlfriend and her son, hoping that Becky eventually joins in.

Dad’s designs go down in flames when his country house is invaded by a group of neo-Nazis who broke out of prison. The leader, Dominick (Kevin James, cast against type), hid a key in the cellar years ago and has now come to collect it. His plans go awry early on, and he finds himself pitted against a beyond mad teenager with sociopathic tendencies and nothing to lose.

Becky is unquestionably preposterous. Milott and Murnion don’t leave any room for subtlety either. The bad guys are EVIL, and Dominick has a swastika and an SS tattoo on his head — in case you’re not clear about his beliefs.

When the situation does allow for some absurdist comedy, the film doesn’t take advantage of it. Even the parallels between grade school and the prison yard are presented way too seriously. And there’s a lack of consistency that’s annoying too, with Becky going from scared girl to merciless killer and back again.

That said, I can’t say I was bored. It was even surprising how far the movie went for a thrill (don’t be fooled by the young lead, the gore is plentiful and gnarly).

There is one mistake that becomes more significant as the movie progresses. The prologue reveals too much about what’s to come, a flight of fancy that robs the film of any hope of creating suspense. Still, for all its imperfections, Becky is a trip.