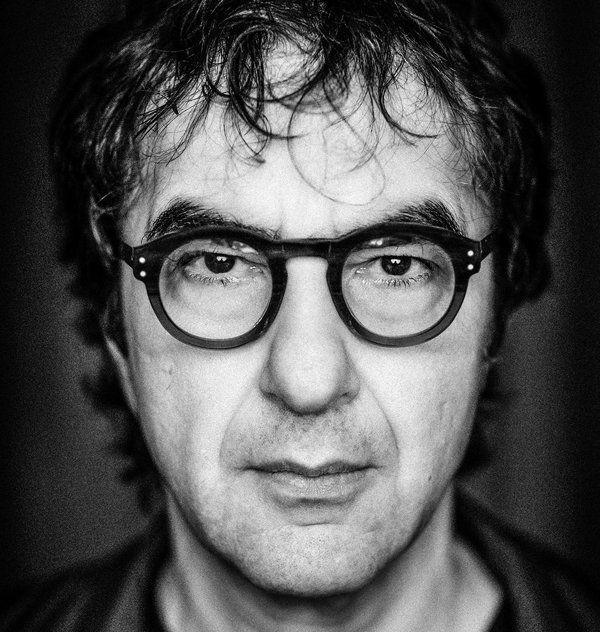 Guest of Honour
July 10 (On Demand)

Atom Egoyan is never shy about talking about his creative process. One of Canada’s foremost filmmakers has a cerebral approach to moviemaking that has only become more acute with time.

Egoyan’s transition from maverick (The Sweet Hereafter, Exotica) to elder statesman (Remember) happened in front of our eyes. He might miss the mark from time to time (the West Memphis Three movie Devil’s Knot comes to mind), but there’s always something in his work worth watching.

Guest of Honour is Egoyan first movie in four years, the longest interlude in his career. The film’s first movement lets the audience know the protagonist is dead. Jim (David Thewlis), a somber health inspector, wants a priest (Luke Wilson) he barely met to write his eulogy. His daughter Veronica (Laysla De Oliveira) is to convey his wishes. Together, they try to make sense of a life seemingly wasted in performing a job that’s the opposite of what he intended to become.

The conversation between the priest and Veronica launches several intermingling timelines: Jim abusing his power over unsuspecting restaurants, Veronica’s inappropriate behaviour with her students (which put her in jail) and the childhood incident that set up the stage for the events that followed.

As usual with Egoyan, memory and guilt are at the center of Guest of Honour, with a side of toxic masculinity. Perhaps more than any of his movies in between, the connections with the seminal The Sweet Hereafter are plenty, from a fraught father-daughter relationship to a pivotal role for a bus driver.

I met with Egoyan during the Vancouver Film Festival before the virus unpleasantness. One thing you discover by talking to him is that his affinity for movie puzzles is far from just a flourish. He’s trying to reproduce how our minds build a narrative from many subjective, often contradictory experiences.

I know you’ve used fractured narratives throughout your career, but what was your motivation this time?

We were doing five different periods of these people’s lives as they try to sort out what these moments meant to them. It felt like an organic way to explore their emotional and psychological landscape.

Like in The Sweet Hereafter, much of the plot hinges on an antagonistic bus driver. What’s with you and bus drivers?

I know, it’s strange. I can’t say there’s a particularly traumatic experience I had with a bus driver. But I’m interested in the idea of surrendering ourselves to someone else’s control.

Regarding the casting, you normally have a group of people you go to. This time you’ve gone outside your regulars. What were you looking for?

In the case of David Thewlis, it was easy. There’s a temperament I could expect from him. Reserved, yet accessible. With Laysla, there’s nothing mysterious about her. She’s very available.

I don’t think I would have imagined Luke Wilson as a priest.

Neither would I. I have to thank his agent because there was another actor I was thinking for that role. That didn’t work out, but the agent also represented Luke Wilson and suggested him. I’d just seen him in comedies. He sent me an independent feature he made, Meadowland. He was excellent in it.

When you work with actors you haven’t directed before, do you adapt to them or vice versa?

It’s a two-way thing. Most of the actors I work with are from the theatre. When I was doing scenes with Luke and Laysla, it felt totally new. They both come from a different tradition. They’ve no sense of what their presence means in a theatrical space. Film actors don’t work that way: if you force them into that space, it becomes artificial.

Guilt is a recurring theme in your work and it’s normally presented as destructive. Do you think there’s any value in it?

Understanding the trajectory of our lives is a very strong impulse. We are all trying to connect the dots in our lives, find out what the patterns are. But as much as we try to do that, there’s also an impulse to deflect responsibility. It’s not a good feeling to feel guilty, but to connect the dots sometimes we have to assume responsibility. It’s a fascinating emotion.

How do you feel Guest of Honour is relevant today?

The character of Veronica understands the politics of #metoo and how people have abused their position of power. She’s able to take this conversation and use it for her own agenda. This character couldn’t have existed in another space. The system is set up in a way that if you choose to punish yourself, by saying the right words, you could.

Are there any of your movies you think didn’t get a fair shake?

The good thing about movies is that they last. Sometimes you continue working on them. I was never happy with the way Devil’s Knot looked. I went back, re-coloured it and put it in the proper aspect ratio. Sometimes films are technically reimagined, like in this case. Other times you take away the hysteria of the festival, like with The Captive. There was violence against it because it was a genre film and people had an expectation… I’m just grateful that these films have lasted: They’re part of a body of work and they’re available.