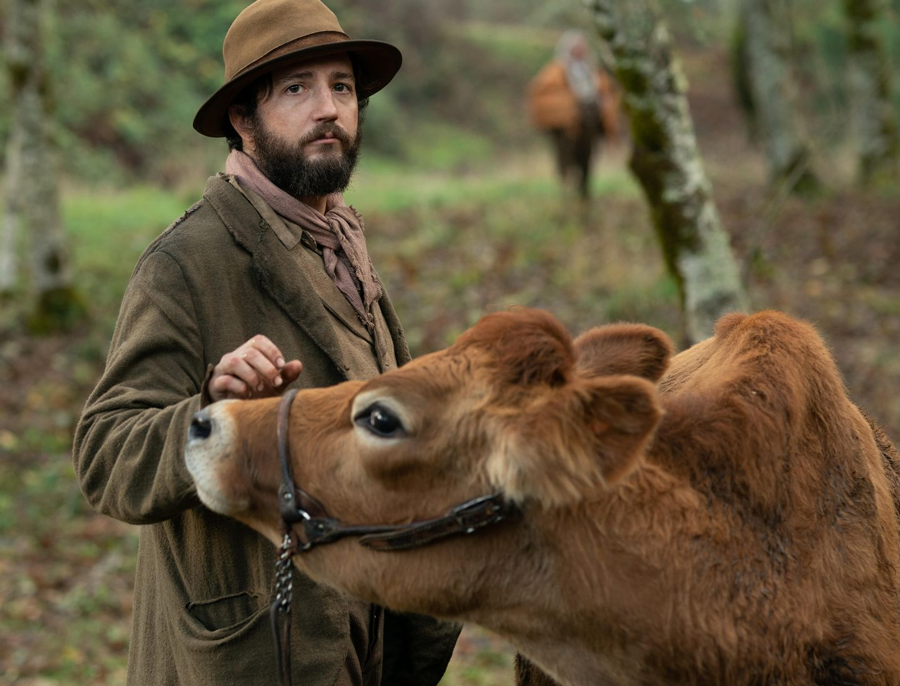 While far from a household name, Kelly Reichardt has an extraordinary track record. Her movies rarely cost more than one million dollars (it helps actors are willing to cut their fees to work with her), and normally make less than that. Yet they have staying power, and are beloved by critics. I remember attending a packed screening of Certain Women at TIFF, and thinking how unlikely it was to happen anywhere else. It was like art-house Avengers.

I’m not a big fan of Meek’s Cutoff, admittedly. But I keep thinking it’s my fault, not hers. That’s how good Reichardt is.

Her movies are straightforward, minimalist, but cut deep. They mostly take place off the beaten path, featuring outsiders searching for their place in the world. Her seminal movie, Wendy & Lucy, follows a hitchhiker (Michelle Williams) and her dog on their way to Alaska because she heard “they need people”.

Even though First Cow is a period piece, it doesn’t stray far from Reichardt’s usual themes. The film opens in present day: a woman walking her dog stumbles on two bodies, dead so long only their bones remain. Cut to the late 19th century, where a group of hardened fur trappers are heading back to some semblance of civilization after weeks in the Oregon forest.

The lesser member of the crew is Cookie Figowitz (John Magaro, Overlord), a baker from Boston trying his luck out west. More a gatherer than a hunter, Cookie is a gentle soul whose meekness rubs the rest of the gang the wrong way.

It’s no surprise he befriends another outcast, King Lu (Orion Lee), a Chinese labourer on the run from Russian trappers. Their friendship translates into a business venture: Oily cakes. The pasties are a hit, but there’s a catch. The secret ingredient is the milk King and Cookie steal nightly from a rich trader’s cow.

Beyond the exquisite characterizations, there’s a searing critique of capitalism. There’s little difference between the nearly destitute outcasts stealing milk and the trader dealing in fur, yet the labourers are judged and the rich man is celebrated. The field is not and has never been level, no matter what the profiteers say.

It’s worth mentioning this is far from a whodunit (the mystery is solved in the most elegant way). First Cow is, above all, meditative. Small events reverberate, and Reichardt explores every swell. For a very good looking film (not only is the reconstruction unimpeachable, so is the wear and tear), it’s remarkable how little attention the filmmaker brings to it. Everybody seems to belong to this period, including the two ringers, Toby Jones and Ewen Bremner (Spud in Trainspotting).

Reichardt is also skilled at incorporating First Nations themes into her films. Lily Gladstone (the standout in Certain Women) and Gary Farmer are at hand to illustrate partnerships and rivalries between trappers, traders and original peoples. As always with Reichardt, in First Cow, there’s more than meets the eye.