It’s been a long time since I’ve written one of these but one of cinema’s greatest composers died last month and it feels like we need a tribute column. So: here’s a Hnetflix reflection on a legend’s career, with a look at some of his finest work. 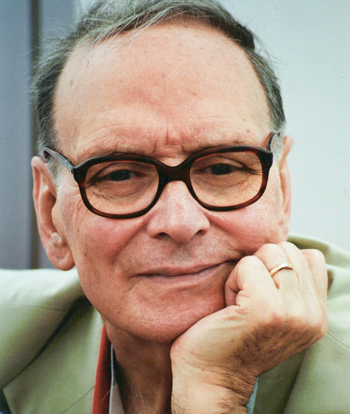 Ennio Morricone died July 6 at age 91. The Italian composer was a prolific talent, creating music for hundreds of movies over six decades.

Morricone’s career started in the early 1960s but his breakthrough as a major talent came with famed director Sergio Leone’s first spaghetti western, 1964’s A Fistful of Dollars — the first of Leone’s three Clint Eastwood westerns.

These scores made Morricone famous and, despite his very long career, will probably always be the work he’s best known for — something the versatile Morricone had misgivings about. It’s understandable though: A Fistful of Dollars, For A Few Dollars More and 1968’s The Good, the Bad and the Ugly­ all have iconic, distinctive and extremely memorable music.

While The Good, The Bad and The Ugly would likely be the popular choice for Morricone’s greatest Western work, For A Few Dollars More has, for my money, his best spaghetti score. The composer works a musical prop — a pocket watch — into the soundtrack and, unforgettably, the final showdown. Another personal favourite is Morricone’s score for Leone’s Once Upon a Time in the West. Again, the composer brilliantly employs a prop: Charles Bronson’s character plays a harmonica throughout the film, which Morricone artfully uses as a musical cue to ramp-up tension.

Morricone wrote a lot more than western soundtracks. In the 1970s he scored dramas, thrillers, horror films and comedies. In 1982 he scored John Carpenter’s The Thing remake, contributing a subdued and spooky theme that amplified the now-classic film’s already intense paranoia and dread. Morricone also scored several Dario Argento horror films, including The Bird with the Crystal Plumage and The Cat o’ Nine Tails. He worked with Giuseppe Tornatore, first on 1988’s multi-award-winning Cinema Paradiso, picking up one of his six Academy Award nominations for Malèna (2000).

Morricone also collected Oscar nominations for Days of Heaven, The Mission, The Untouchables (one of my favourites), Bugsy and The Hateful Eight, for which he scored (ha ha) his only Academy Award win (though he received an honorary Oscar in 2007).

Ennio Morricone’s influence on cinema will last as long as movies have music. Farewell to a titan.