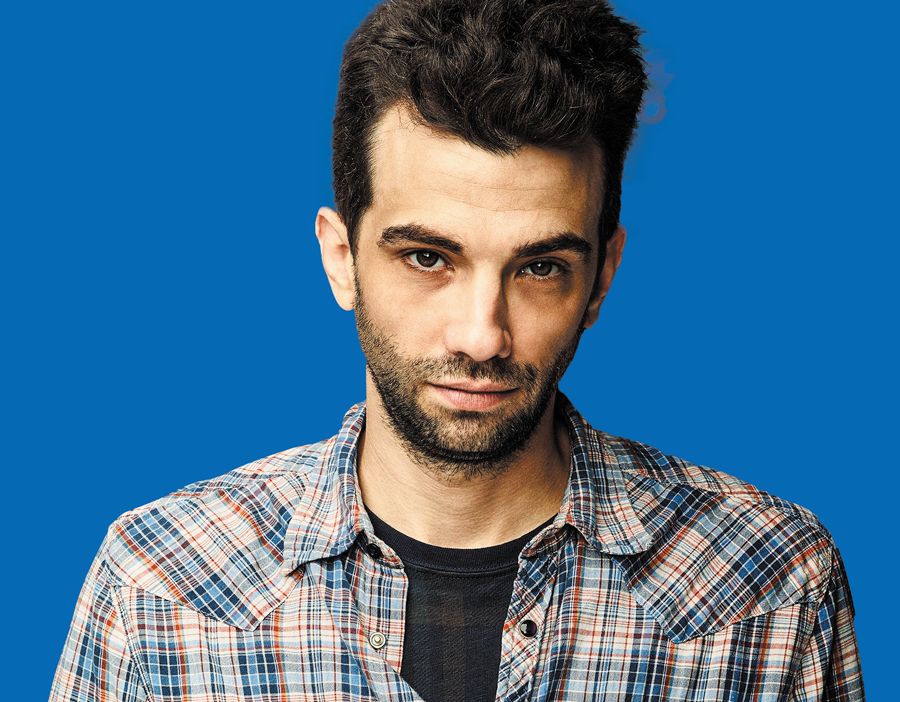 Random Acts of Violence
On Demand


In 2013, Jay Baruchel starred in This Is the End, a movie built on the Canadian actor’s reluctance to move to Hollywood like his old friend, Seth Rogen.

There’s a lot of truth in that piece of fiction.

Despite a few hits down the border with Baruchel as the lead (She’s Out of My League, The Sorcerer’s Apprentice), Jay has made a point of building his career from Canada, even now that he’s transitioning to directing.

His sophomore effort behind the camera is Random Acts of Violence, based on the graphic novel of the same name which he adapted alongside Jesse Chabot and reluctantly co-stars in.

This proper guts-and-gore horror film revolves around Todd and Kathy (Jesse Williams and Jordana Brewster), likely the most attractive comic book creators in history. Todd’s claim to fame is “Slasherman”, a particularly bloody series inspired by a real-life serial killer operating across the I-90 highway.

Part book tour, part research expedition, Todd, Kathy, his publisher Ezra (Baruchel) and his assistant Aurora (Niamh Wilson) go on a road trip (guess where), unaware the real Slasherman is drawing ideas from Todd’s comic books and bringing them to life. So to speak.

Unlike most scary movies, Baruchel wants to make a point about violence in media. He doesn’t go as far as blaming on-screen carnage for real-life violence (he’s not Tipper Gore), but he does believe not every book needs to be written, nor every movie made. A debatable position, but Jay gets points for putting his money where his mouth is.

Soliloquies about the nature of art aside, Baruchel puts on a show: the overall atmosphere is great and the kills push the envelope (superb job by veteran prosthetics and make-up artist Paul Jones).

Over the phone, Jay is as candid and open as you would imagine. One topic that thankfully didn’t come up: my terrible photo of him that we used on the Prairie Dog cover three years ago. This interview was lightly edited. Some spoilers ahead, by the way.

Can you pinpoint the moment inspiration hit you to create Random Acts of Violence?

My writing partner and I were trying to prove ourselves as screenwriters. We met these people who had the rights to Random Acts of Violence and they asked us to come up with a pitch. At some point, it stopped being an assignment and became our baby. We fought for the better part of a decade to make it happen. It gave us a chance to say a lot of stuff that’s important to us and make the kind of movie we adore.

Are the comic books portrayed in the film your cup of tea?

One of my favorite comics ever is Alan Moore’s From Hell. I also read a shitload of Tales from the Crypt and Punisher. Punisher is still my favorite superhero, and it’s nothing if not gory. I’m also a big true-crime nerd.

You’re tackling a subject that has been debated for a long time: does violence in the media feed real-life violence? Having completed this movie, have you reached a conclusion?

I deliberately characterized Todd [the protagonist] as leaning really far into the physicality of gore, because I wanted him to believe he could create with reckless abandon and feel no responsibility for the stuff he puts out in the world.

The closest to a conclusion I’ve come to is that this is not a binary question. When I was a kid, it was a facile debate of two equally absurd viewpoints. On one side we have those who say, ‘Marilyn Manson makes kids kill other kids,’ which is utterly insane. But equally insane for me is the concept that I’m not responsible for anything that I put out. That’s not the case in any other aspect of life, why should it be for art? You have carte blanche creatively, but that’s not the same thing as immunity to criticism or responsibility.

I interviewed you in 2017 for Goon: Last of the Enforcers, your first movie as a director. I asked you why your character, Pat, had a smaller part than in the original Goon. You replied: “I was directing the bloody thing and I can’t stand watching myself sometimes.” Now here we are, you directing and with a small part. Did anything change between movies?

Absolutely not. I only enjoy my performances less. If, for whatever reason, my name and my face can help get a movie made I’ll do it, but it’s like going to the dentist, a fate worse than death. If I never have to sit with my editor again and be like, “use that shot of me when my mouth is closed”, it would be too soon.

So, when your face goes through some “changes” during Random Acts of Violence, did you do it on purpose?

I may have. To be honest, what happens to me in the movie was supposed to be less messy, but I wanted the impact of violence to be realistic. My stepfather, who’s a combat veteran and a former emergency room nurse, told me right away, “that rifle, that caliber and that distance…” I had to go back to my team and tell them to spend a bit more money on my dummy.

Compared to Goon: Last of the Enforcers, what aspects of the directing process were you able to streamline?

Time and resources did that for us, by virtue of being a way smaller movie. I had 35 days to shoot Goon 2 and 19 to shoot this one, and about a quarter of the budget. We also had a lot of stuff in Violence: car stuff, gun stuff, knife stuff and fire stuff. Most movies our size would only have one of those things. A lot of the people I worked with on Goon 2 came back for Violence, and the shorthand made things easier. I’ll say this: I was very prepped for Goon. I was a million times more prepped for Random Acts of Violence.