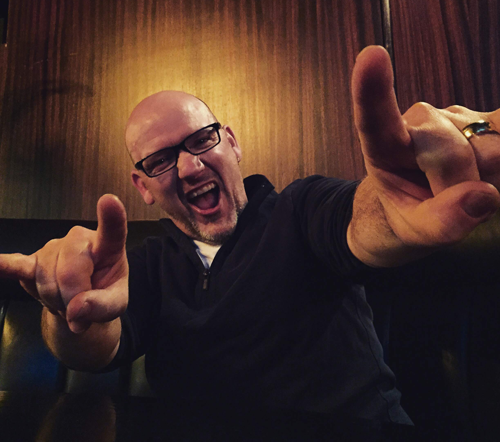 Skip got his start in the music business in the late ’80s promoting punk rock shows. After music college, he worked as Universal Music’s Saskatchewan promotion representative from 1995 to 2010. Today, Skip helps book over 170 performances in the province each year as the Organization of Saskatchewan Art Council’s performing arts coordinator. /Gregory Beatty

If I had to pick one song to represent American hardcore in the early ’80s, this would likely be it. This entire record is just ferocious. I have never gone more than a couple of weeks without listening to this track.

The first sweaty punk rock show I attended was Youth Brigade, SNFU and RuggedyAnnes in the summer of 1984. When this debut LP came out later that year, I wore the grooves out. This track to kick off side two stands out.

Maybe one of the first songs I heard that had me thinking there was more music out there than just hardcore punk. There’s a sense of anger under the sadness that I connect with. A lyric like “Her name was Hope, her hair was blacker than the Sky” pairs hope and loneliness/despair together and is so poetic to me.

I was lucky enough to work with Hawksley at Universal. The beauty of music is it can sometimes express our feelings better than we can ourselves. This song captures what I can only try to express to my wife perfectly.

In October 2000 I lost a dear friend, Peter Boyle, and this song was the soundtrack for that loss. Even to this day, I hear this song and I think back to beers, laughs and nights at the State watching bands with Pete.

“If We Were Vampires” YouTube
Jason Isbell | The Nashville Sound (2017)

Being in a loving relationship lasting for many years and knowing one will die and the other will be left behind hits hard. It was something I saw my father go through. This song is a harsh reminder that I might face the same thing one day. Seeing Jason perform it live last year at the Regina Folk Festival was magic.